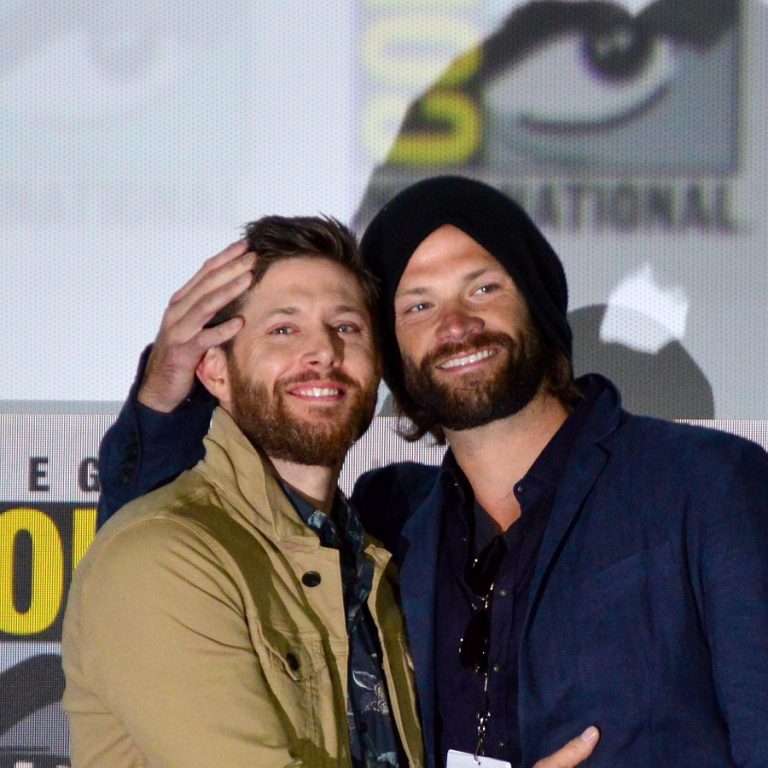 Since conventions are temporarily halted due to the pandemic, why not relive some of the best moments from past SUPERNATURAL cons?

Maybe you’re familiar with all of these. Maybe you’re not. But who couldn’t use a pick-me-up right about now? Enjoy 10 (of countless) memorable moments featuring our fantastic cast!

With Jared’s assistance, Jensen joins Twitter right there on stage.

Misha runs late for his panel, and a song is improvised to entertain the crowd as they wait.

A show-stopping tale about the time Gen’s luggage bag got left behind while boarding a train in Europe.

Rachel reads the finished product of a Mad Lib fans helped put together.
The reward? “Balls and unicorns all around.”

“Makeup on the Pillow”

Jared and Jensen dig themselves into a hole while discussing the time they booked a hotel room at an airport, and “Dad” has to come bail ’em out.

“Rock Star In The Making”

A shy, reluctant, and multi-talented Jensen sings at a con for the first time.

The wording of a fan’s question leads to a dirty running joke.

Six–six!–fabulous, wayward women take the stage for one epic panel.

Jensen has a ball discovering what is included on Misha’s old résumé.

What’s one of your favorite SPN con moments? Let us know in the comments!