Cast of 13 REASONS WHY Talk About the Final Season 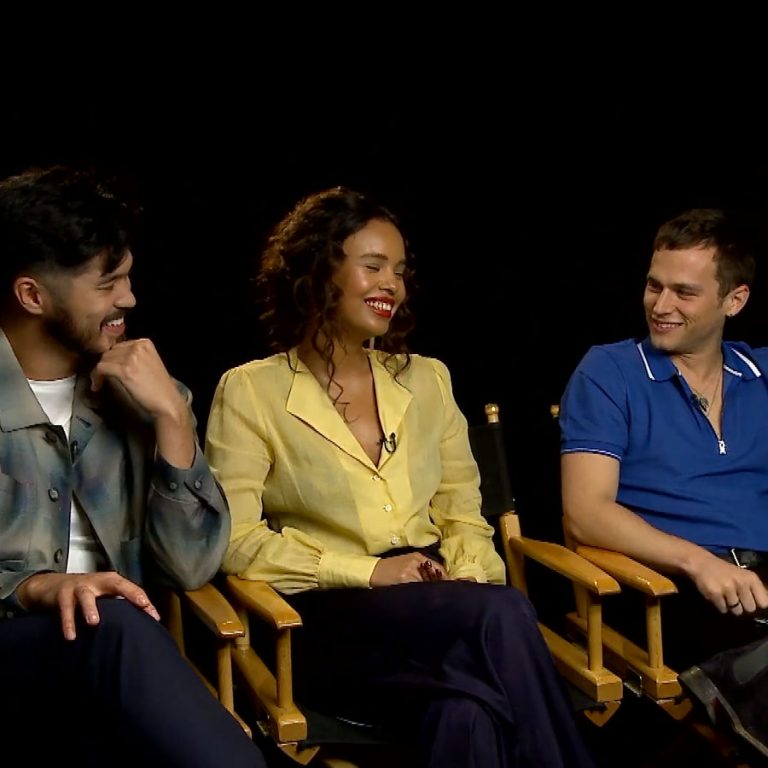 Actors Ross Butler, Alisha Boe, and Brandon Flynn give us some details about the final season of 13 Reasons Why, and apparently, we’re in for a world of hurt.

So, this final season of 13 Reasons Why takes place a couple of months after when the last season ended. As Ross Butler says, “This is like the second semester of Senior year, right?” Looking to his cast mates for confirmation on that, who agree.

In regards to Bryce’s death, and Jessica’s involvement in it, we’re sure to see the repercussions of Alex and Jessica’s decisions, and Alisha Boe teases that “definitely we’ll see her battling with like the internal turmoil of being responsible, for sure.”

When asked about Jessica and Justin being together again in the end, Brandon Flynn says, “That’s the hope.” Though Flynn isn’t very into the actual term “end game,” to which Alisha confesses to having thought it being in reference to the movie Avengers: End Game.

One obstacle that go prevent a Jessica and Justin end game is a new character will be introduced this season, and it seems that Jessica has taken notice of him. As Ross laughs it off, Brandon tells us that “Jessica thinks he’s hot.”

“Diego. Jessica was like, dayum! Diego. Who’s that? Fresh meat, y’know. And you, he’s got a little flavor,” confirms Alisha. The new character Diego Torres is played by Jan Luis Castellano (Runaways).

When asked about how Justin feels about this, Flynn explains in a boyish way, “Justin, I think, is in a place where he is watching Jessica, um, make her own decisions, and he respects her, and so, he lets her do that.” To which Alisha scoffs at. But then Flynn adds, “I think Justin internalizes most of his emotions towards it, and he has a lot of other focuses this season.”

One of those focuses is, of course, Justin’s sobriety and his struggle with, something that we’ll have to see more about when the show returns. That and whether Zach will also have consequences for his actions prior to Bryce’s death.

As we’ve seen in the show’s previous seasons, there are certainly going to be some memorable and often emotional scenes.

“You see them mature, and they come to these realizations, and I think that naturally they come with very powerful, powerful moments,” says Alisha.

As far as anything shocking about the upcoming season, there apparently will be some of those as well. “This season is nuts,” admits Ross. “We didn’t expect any of it.” Though they do agree it was a lot of fun. “We really got to stretch as actors.”

You can watch the interview right here.

Stream All the Music of 13 REASONS WHY Season 4

Brian Yorkey Dishes on 13 REASONS WHY