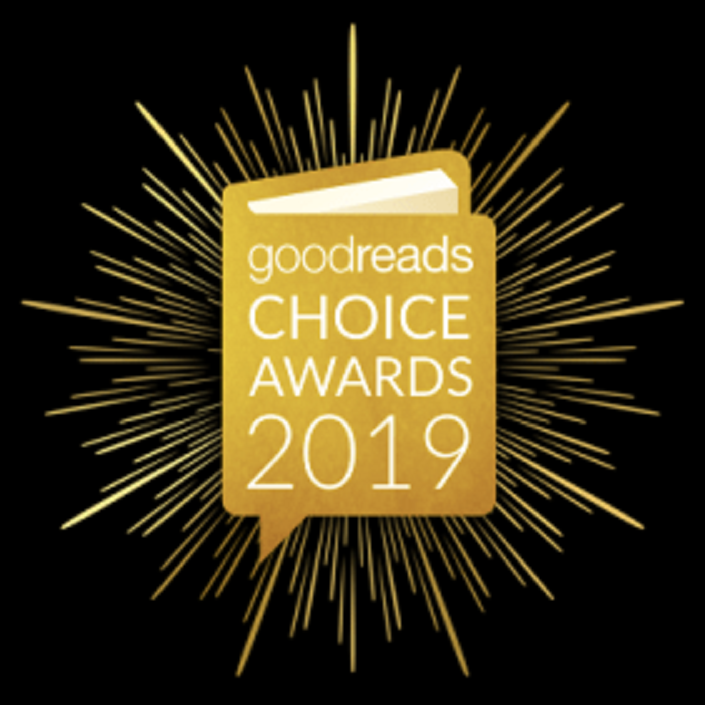 After plenty of reviews, write-in nominations, and multiple rounds of voting, the Goodreads users have chosen their champions in the 2019 Goodreads Choice Awards!

Winners were announced this morning, including a few coveted spots for YA & MG authors. Take a look at the breakdown!

Making a choice in the YA fantasy category was TOUGH for us this year, but readers rallied around Holly Black‘s second book in The Folk Of The Air trilogy, The Wicked King. That love-hate thing between Jude and Cardan enraptured us all, winning the contest by nearly 10,000 votes!

Five Feet Apart had an unusual path to the top of the YA Fiction category: It started as a script before being translated into a novel (hence why there are three authors credited). Surely, the movie starring Cole Sprouse and Haley Lu Robinson helped gather attention for the book, which then won over readers in its own way.

While definitely not meant for younger audiences, we were thrilled to see Leigh Bardugo‘s gritty, mystical adult novel Ninth House topping the Fantasy category. Bardugo’s writing is always excellent, but this time it’s going to a much darker place (that we still loved!)

Rainbow Rowell and Faith Erin Hicks dominated this category with the perfect combination romance and hi-jinks, telling the story of two teens who have worked in the same pumpkin patch together every autumn and are now facing their last season together. Might their friendship become more?

Laurie Halse Anderson has always been a powerful, humane voice speaking out about sexual assault and female empowerment, but she was even more beautifully vulnerable in this poetry collection that discusses her own assault and personal experiences. On top of being inspiration to all readers, the poetry is artistic and stunning.

In a surprise to pretty much no one, Rick Riordan continues to dominate the middle grade category with the fourth book in the Trials of Apollo series. His combination of myths and mayhem seem to be all the rage, as evidenced by the fact that three other books from different authors taking part in his mythology-based imprint also made it to the final round!

CHECK OUT ALL THE WINNERS HERE!

Well, we know which books we’ll be picking up next!