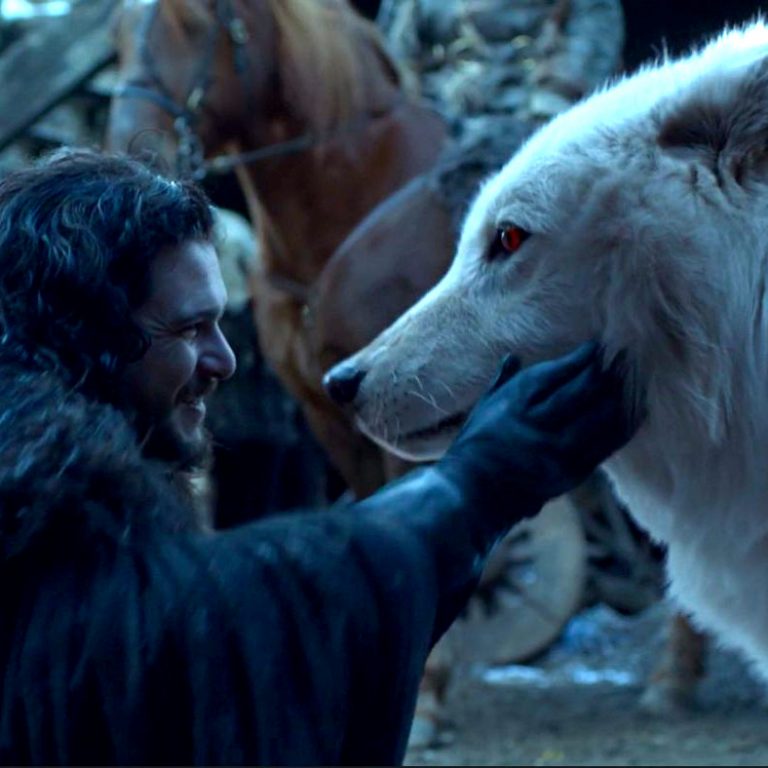 Dying from some serious Game of Thrones withdrawal? So are we. Well, it looks like George R.R. Martin hears our plight.

EW recently spoke to Martin about the HBO pilot, which started filming in Northern Ireland earlier this summer. It’s now confirmed that this show takes place roughly 5,000 years before Game of Thrones and will take us on the journey up to the epic confrontation with the White Walkers known as The Long Night.

Naturally, some fans are worried that this show, pre-Targaryen and therefore pre-dragon, will not be the same Game of Thrones that we fell in love with eight years ago. So as its civic duty, EW asked Martin what families and creatures are around during this time period.

1. Westeros is divided into roughly 100 kingdoms in the prequel.

2. There are Starks and direwolves.

The Starks will definitely be there. Obviously the White Walkers are here — or as they’re called in my books, The Others — and that will be an aspect of it.

3. There will be no Lannisters — at least not in the beginning …

The Lannisters aren’t there yet, but Casterly Rock is certainly there; it’s like the Rock of Gibraltar. It’s actually occupied by the Casterlys — for whom it’s still named after in the time of Game of Thrones.

I hesitate to use the word ‘lead. As you know for Game of Thrones, we never even nominated anybody for lead actress or lead actor [during awards season]until recently; it was always for supporting [categories]because the show is such an ensemble. I think that will be true for this show too. We don’t have leads so much as a large ensemble cast.

I heard a suggestion that it could be called The Longest Night, which is a variant I wouldn’t mind. That would be pretty good.

So even though Martin is a busy bee this summer, overseeing this prequel among many other projects in the works, he did tell EW that he’s currently only writing one thing: The sixth A Song of Ice and Fire novel, The Winds of Winter.