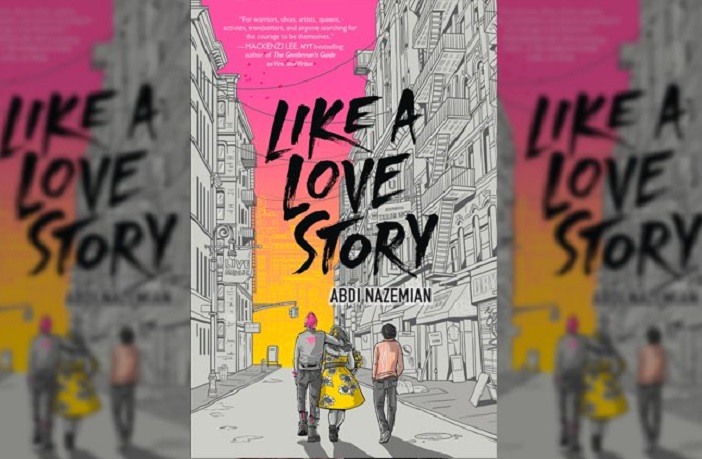 Earlier this month, we shared an in-depth interview with Abdi Nazemian that focused in on his latest novel, Like A Love Story. Now that novel is on its way to a big screen adaptation!

Sharp Objects creators Marti Noxon and Jessica Rhoades have optioned Like A Love Story for a feature film adaptation, according to Deadline. They’ve also tapped Nazemian, who works as a writer and producer in Hollywood, to adapt the screenplay based on his book.

Like A Love Story tells the tale of Reza, an Iranian teen who moves to New York City in 1989 and is trying hard not to acknowledge that he’s gay during the height of the AIDS epidemic. Reza even starts dating Judy, a fashion student whose uncle is heavily involved in the ACT UP protests against the corrupt government mishandling of the AIDS epidemic. But Reza’s growing feelings for Art, Judy’s out-and-proud best friend, he’ll have to carefully negotiate some of his most important relationships in his life and become his truest self.

“Abdi Nazemian has written a sweet, funny and compelling novel with characters that jump off the page. It’s a wonderful romance that’s also a call to activism, which is no small feat. We’re thrilled to work with the extraordinary Abdi and help bring this captivating story to the screen,” said Noxon and Rhoades told Deadline.

For his part, Nazemian shared his joy via Twitter:

The film project is still in the early stages of development, but you can snag the novel now via Amazon or support your local independent bookstore via IndieBound!