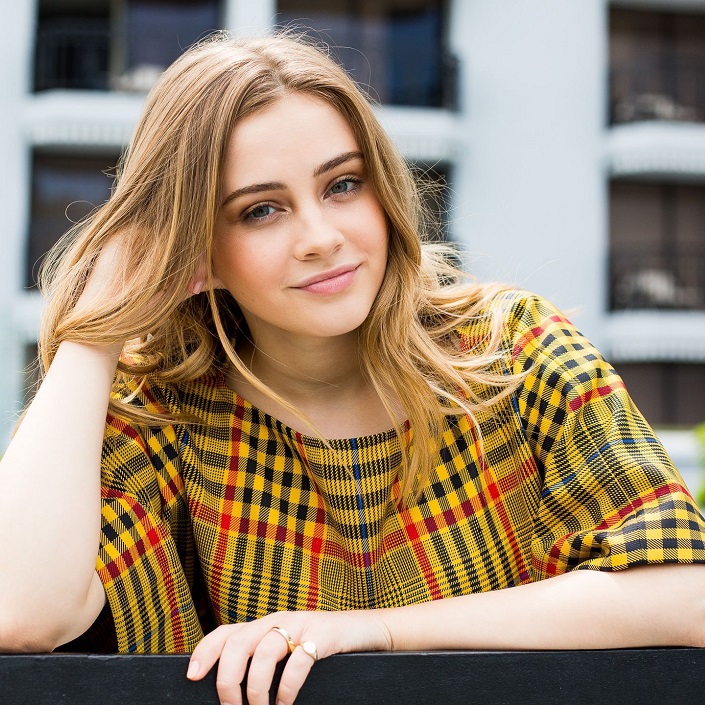 Josephine Langford may be toying with the idea of toxic relationships in After and its upcoming sequel, but in between those two parts, she’ll be fighting against them in a feminist-driven YA adaptation!

Langford is joining Hadley Robinson, Lauren Tsai, Patrick Schwarzenegger, and Ike Barinholtz in Moxie, a Netflix adaptation directed by Amy Poehler and based on the novel by Jennifer Mathieu.

The story follows Viv Carter (Robinson,) a teen who’s grown sick of her football-obsessed Texas high school that allows the players to get away with pretty much anything. Inspired by her own mother’s Riot Grrrl past, Viv releases an anonymous zine meant to battle the school’s culture and somewhat accidentally sets off a feminist revolution.

Langord is set to play Emma, the host of the school’s morning TV announcements program.

Besides After, the actress has also had roles in Wish Upon, Wolf Creek, and Into The Dark.

Moxie is currently filming in Texas and Netflix has yet to announce a release date.