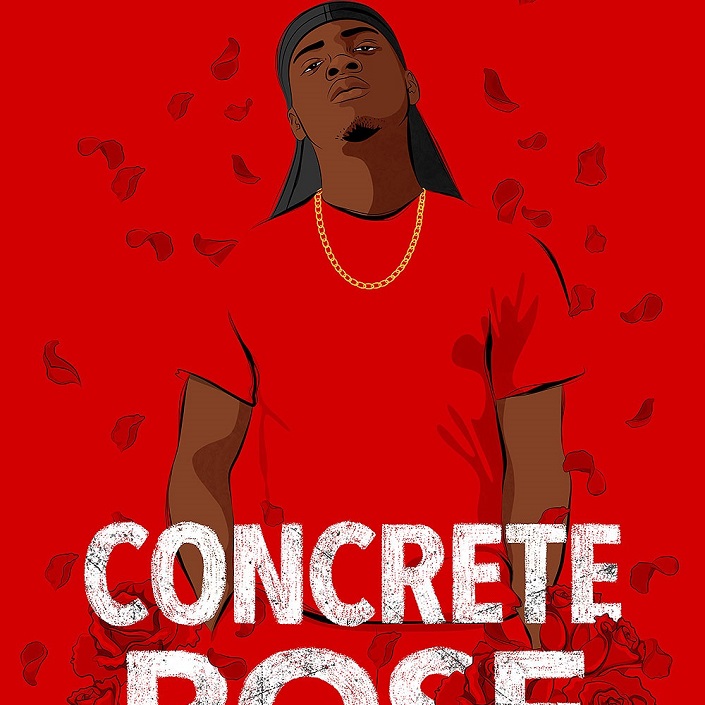 Angie Thomas‘ next novel is bringing readers back to Garden Heights to tell the previously untold story of a beloved character!

Concrete Rose will focus on a 17-year-old Maverick Carter, also known as Starr’s father in The Hate U Give. The book tells the story of Mav’s life as he navigates neighborhood politics and society’s assumptions about young black fathers shortly after the birth of his oldest son, Seven.

Though we know the basics of Mav’s past, Angie Thomas promised “big shifts and turns” that she didn’t mention in The Hate U Give that inform his life during an interview with People Magazine, which first revealed the details.

Thomas says that Concrete Rose was also informed by fan response to Maverick and by the young black men who discussed her books with her.

I started talking to young real life Mavericks. Young men who are trying to still find their way and are often written off and seen as troublemakers or this or that. They’re never seen as [having]potential, they’re only seen as being at risk. They have stories and they deserve the opportunity to not just grow, they deserve the opportunities to be seen as someone beyond their circumstances.

People also unveiled the stunning cover for Concrete Rose, which features Maverick in a red t-shirt and durag surrounded by roses and falling petals.

Be sure to read the full interview to see Angie’s take on telling authentic stories, her influences, and the book’s potential to be banned, among other things.

Concrete Rose is due to hit bookshelves on January 12, 2021. You can preorder it now via Amazon or B&N!

Our 10 Favorite YA Movies of the Decade, Plus YA Movie Facts

Kay Oyegun To Script ON THE COME UP Movie, Angie Thomas To Produce