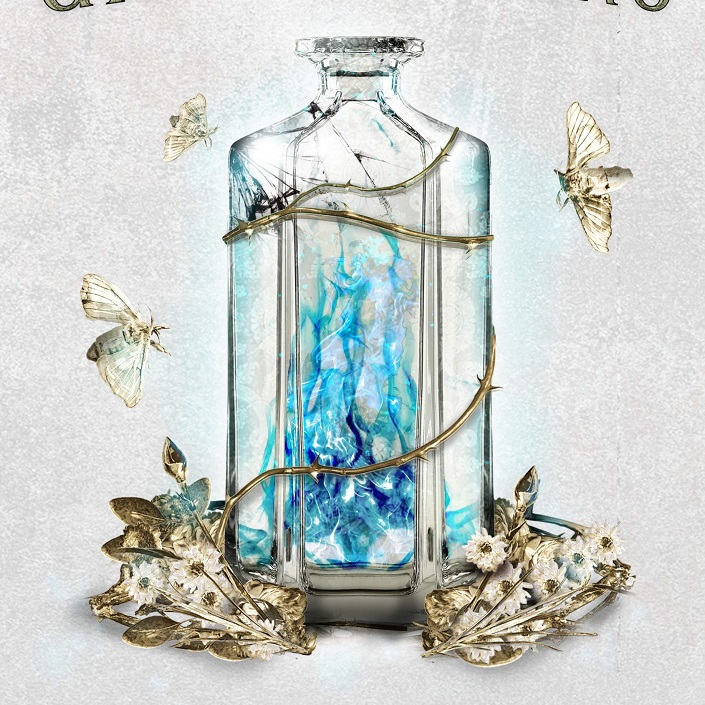 There have been many spooky and downright disturbing trends throughout history, some of which are better known than others. In her debut novel Gravemaidens, Kelly Coon is taking on a doozy: Sacrificial burial.

Gravemaidens follows Kammani, a young healer-in-training whose sister is chosen to be a living sacrifice interred with the ailing king when he dies. To save her, she’ll have to do the impossible: Infiltrate the place and keep the king alive at all costs.

We were lucky enough to ask Kelly Coon a few questions about creating this delirious, fantastical world, from settings to characters and everything in between. Take a look at her answers below!

What history or folklore inspired the central concept for Gravemaidens— Living people sacrificed alongside a dead royal?

I’d written three failed novels before Gravemaidens (THREE) and wanted to be sure to find a concept that was both universal and compelling before I spent years writing and trying sell a book that was neither.

So I went hunting through history and found, to my astonishment, that human sacrifice was one of the most universal threads running through ancient cultures. Sacrificial remains have been found ALL OVER THE PLACE from Mesopotamia to northern France to China to Mexico (and on and on and on).

I was initially inspired to use a Fertile Crescent-like setting and my world exploded from there!

What was it like developing the dynamics of Kammani’s family, especially her relationship with Nanaea?

That part took a long time, honestly. Nanaea was barely a part of the story when I first wrote it. But my agent, Kari Sutherland, helped me bring more of my own personal, dynamic experiences with my sister to life inside the pages to create a story that’s filled with sisterly squabbles, jealousies and pettiness, but just as much love.

Dagan is loosely inspired by my own husband, who is quite literally the most supportive man on the planet. He’s honest and brave, loyal and true (and devastatingly handsome, to boot). 😉 I wanted to create in him a love interest that had more than just his needs in mind to show readers that young men can be compassionate and respectful and still be just as attractive.

I wrote Iltani mostly for me! She is my alter ego come to life. As an adult, I often have to bite my tongue and say the right things, while inside, my sarcasm is practically bursting to get out. Iltani is who I would be without any emotional intelligence, hahaha

How did you go about crafting the details of Alu?

With great precision! I do a presentation about crafting fictional fantasy worlds and teach people how to use every aspect of culture to define their settings. I thought about gestures (placing their hands over their hearts in farewell), games (twenty squares), clothing (tunics), gods and goddesses (Selu and Alani), and everything else related to a full, thriving, bustling world.

Was there any specific music that inspired you or simply kept your entertained while you wrote?

When I write, I plug into white noise, but in between times, I’m definitely inspired by music. In fact, I created an entire Spotify Playlist to showcase some of the songs that relate to the story and characters.

For example, Kammani’s anthem is “Swan Song” by Dua Lipa. A “swan song” is a metaphor for someone’s final act before they quit or die. This song resonates so deeply with me for Kammani because she, like the narrator in Dua Lipa’s song, refuses to quit. Failure isn’t an option, even when she’s scared. Kammani peps herself up by telling herself to hold on for just a little longer so she can save her sister, even when it seems like everything is stacked against her. ⠀⠀

Here’s the link to the playlist!

How has your previous profession as an English teacher informed the way you write teen characters?

Ooh, good question. I think it helps me understand teenagers better than I might have if I didn’t work with them, so I know they’re not just rage/hormone-filled zombified people that sleep too much like some adults believe. Under their sometimes tough exteriors, they’re full of hope, creativity, passion, and intelligence and I’ve never found anyone more loyal than teens. If they give you their support–which might take you some time to earn–they will be there for you through thick and thin.

I have three sons and a full-time job, but I make time for my stories! My writing process varies, depending on what’s going on in the day. I might craft characters in carline to pick up my kids or draft a few hundred words outside of a baseball field while I wait for my son’s practice to get out. I’ve written verse on the treadmill at the gym, tapping out stanzas on my phone while I sweat all over it.

The common thread for me is adaptability. Without being flexible, I’d never write a word. Because just when I think you have a solid process down and start getting used to it, life shifts and I have to shift with it.

Thanks so much for your answers and enthusiasm, Kelly!

Gravemaidens hits shelves on October 29, 2019. You can preorder it now on Amazon or support your local bookstore via Indiebound!

In the walled city-state of Alu, Kammani wants nothing more than to become the accomplished healer her father used to be before her family was cast out of their privileged life in shame.

When Alu’s ruler falls deathly ill, Kammani’s beautiful little sister, Nanaea, is chosen as one of three sacred maidens to join him in the afterlife. It’s an honor. A tradition. And Nanaea believes it is her chance to live an even grander life than the one that was stolen from her.

But Kammani sees the selection for what it really is—a death sentence.

Desperate to save her sister, Kammani schemes her way into the palace to heal the ruler. There she discovers more danger lurking in the sand-stone corridors than she could have ever imagined and that her own life—and heart—are at stake. But Kammani will stop at nothing to dig up the palace’s buried secrets even if it means sacrificing everything…including herself.