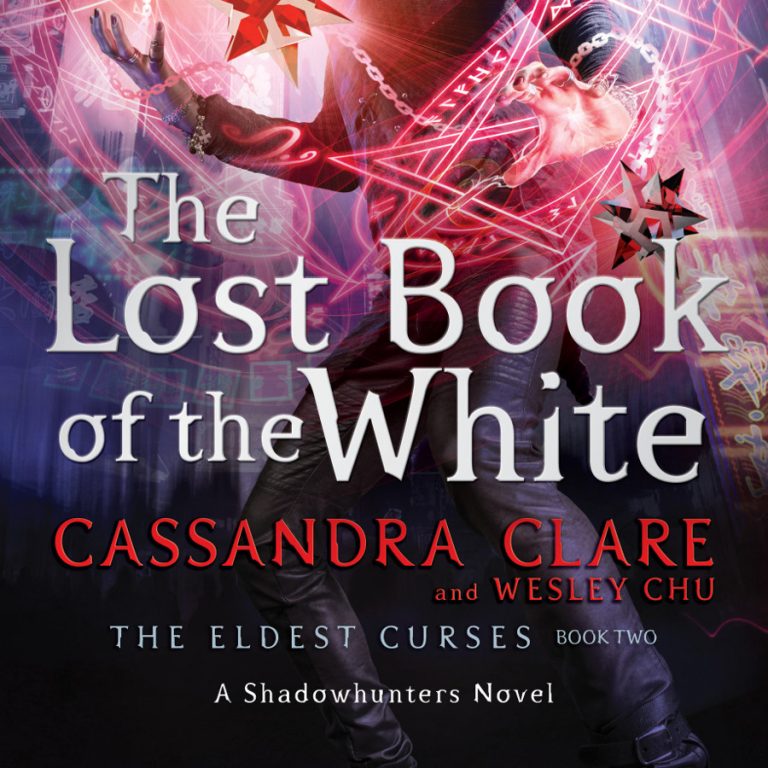 Big news today! It’s been announced that B.D. Wong will narrate the audiobook version of The Lost Book of the White, the second book in The Eldest Curses series by Cassandra Clare and Wesley Chu.

The Eldest Curses series follows the adventures of Magnus Bane and Alec Lightwood from Cassandra Clare’s Shadowhunter saga. Read the blurb from The Lost Book of the White:

Life is good for Magnus Bane and Alec Lightwood. They’re living together in a fabulous loft, their warlock son, Max, has started learning to walk, and the streets of New York are peaceful and quiet – as peaceful and quiet as they ever are, anyway. Until the night that two old acquaintances break into Magnus’ apartment and steal the powerful Book of the White. Now, Magnus and Alec will have to drop everything to get it back. They need to follow the thieves to Shanghai, they need to call some backup to accompany them, and they need a babysitter. Also, someone has stabbed Magnus with a strange, magical weapon, and the wound is glowing, so they have that to worry about, too.

Fortunately, their backup consists of Clary, Jace, Isabelle, and newly minted Shadowhunter Simon. In Shanghai, they learn that a much darker threat awaits them. Magnus’ magic is growing unstable, and if they can’t stop the demons flooding into the city, they might have to follow them all the way back to the source – the realm of the dead.

Can they stop the threat to the world? Will they make it back home before their kid completely wears out Alec’s mom?

The audiobook is available for preorder now and will be released September 1, 2020.