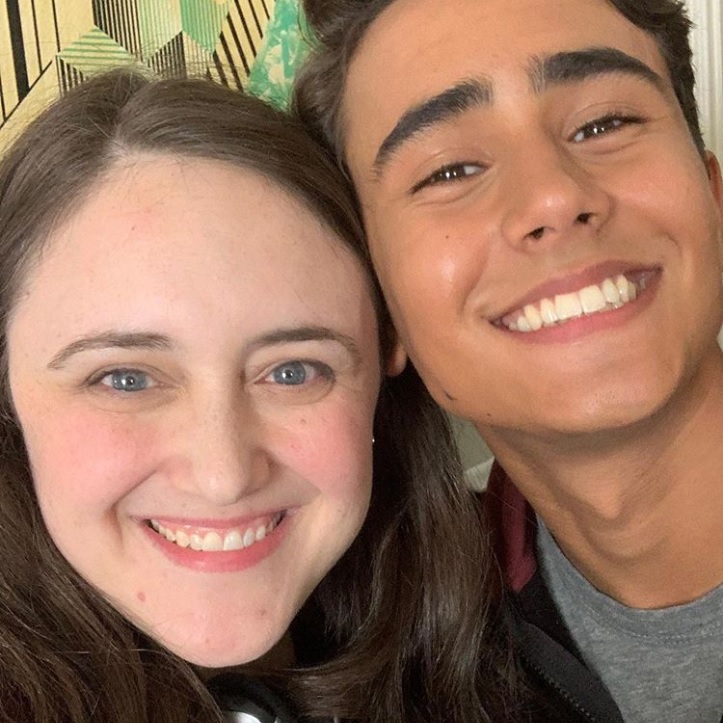 After a successful movie release, the Love, Simon universe is getting a fresh new take on Disney+!

Set at Creekwood High School, the show will follow a new protagonist named Victor (played by Michael Cimino) who ventures through his own personal self-discovery with the help of family and friends. As far as we know, none of the original characters or actors are set to make appearances, but this is Disney, after all, so who knows?

Becky Albertalli, author of Simon Vs. The Homo Sapiens Agenda and creator of all things Creekwood, visited the Los Angeles set of the show. While she was there, she took several photos with the team behind it all and generously gave props to everyone, from actors to writers and producers. Take a look!

Albertalli didn’t mention if she filmed a cameo while she was there, but she did have a quick background role as a Creekwood teacher in the original film, so perhaps that “teacher” is still employed!

There’s no word yet on when the Love, Simon series will drop on Disney+, but in the meantime, you can follow the series on Instagram at @lovesimontheseries or check it the book that started it all via Amazon.