Best Pokémon Games with the Most Compelling Stories 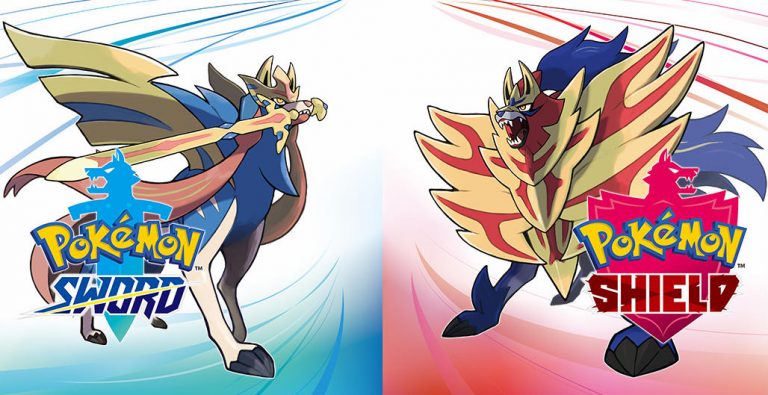 Undoubtedly, Nintendo have made their indelible mark on the console video game industry. The games published for Nintendo console were fresh, genuine, unique, and devastatingly fun. Even now, after so many years, Nintendo titles are continue thrilling the gaming community and inspire modern game developers.

Such games as Super Mario Bros., The Legend of Zelda, Teenage Mutant Ninja Turtles, Donkey Kong, and others need no introduction. These titles have long since become iconic and genre-defining. Even though the Digital Age is bestowing mind-glowing virtual reality games on us, old-school games don’t seem to be losing their popularity. Chances are you’re one of those long-time fans of classics games that install emulators, download classic game ROMs, and play favorite titles on modern machines. But what game would you like to play the most? Undoubtedly, Pokemon games! Being the world’s largest media franchise and Nintendo’s second best-selling video game franchise, Pokémon has survived the test of time and now remains very popular with a millions of gamers. If you’re also looking to reunite with Bulbasaur, Charmander, Gloom, Kyurem, and other inhabitants of the magnificent Unova region, you should embark on the retro journey right now by checking out the storylines of the best Pokémon games.

We should definitely pay tribute to a courage Red, a ten-year-old protagonist who embarks on a difficult quest to become a renowned Pokémon trainer. Professor Oaks provides him with a valuable tool, a Pokedex that records data on every known species of pocket monsters. Oak also offers out protagonist a starter Pokémon to protect him from wild creatures in the scary tall grass. It’s at this time you also meet Oak’s grandson and your lifelong rival Blue. After winning a quick battle versus Blue, Red and his Charmander sets out for Viridian City where the gym is mysteriously closed and Pokemarts are open. It’s here that you can purchase pokeballs that provide the main game’s major focus capturing Pokémon so you can fill that Dex.

And speaking of catching Pokémon, as you make your way to the left of Viridian City, it becomes clear that your rival has done just that. So, who can help Red out of his predicament? That’s where you should come in and save the day. Get the Gameboy emulator and the Pokemon Red ROM and help Red catch all pocket monsters and win so coveted title.

Pokémon Emerald version was released internationally in 2005. With new and improved graphics on the Gameboy Advance handheld, Pokémon Emerald took the Pokémon community by storm. This new title introduces so many mechanics like being able to run, Pokémon contests, and different bikes, and Battle Frontier, of course. This time you take control of Brendan or May, ten-year-old enthusiasts who have recently moved to a vast new region called Hoenn. You can choose one of the game’s three new starter Pokémon to begin your Hoenn adventure.

After helping out Wally, a sickly boy with a big passion for Pokémon, and getting rejected by dad, your protagonist can beat the first gym leader in Rustboro City. It’s also in this area that you’ll encounter the first instance of Team Aqua, a pirate-like organization, who is up to no good.  Interestingly, the first major change Emerald makes to its story is rather than have Team Aqua or Team Magma be the nefarious group of Gen 3, players must take on both.

You’ll also receive a new device known as the Pokénav, which works as an all-purpose smartphone in Emerald. And with the mission in hand, our heroes ventures across the sea to Dewford Town, where he delivers an important letter to the President’s son. At this point, your protagonists get swept up by a series of fascinating adventures. If you want to re-experience the happy moments and help Brendan or May in completing their noble mission, go download a Pokemon Emerald ROMs and start playing them on your computer right now!

After not only the global success of Ruby and Sapphire, but also the Gen 1 remakes, it was pretty much a guarantee that Game Freak would eventually get back on the proverbial saddle and give fans yet another adventure for the brand new Nintendo DS. So, back in 2008, Nintendo welcomed the world to Pokémon Platinum. This massive game made many changes to the familiar Sinnoh region, including superior Wi-Fi, wild Pokémon, and some incredible post-game content. As for the story, well, it was beyond comparison.

Beginning like its predecessors Diamond and Pearl, Platinum is a pseudo-boot that serves as its own self-contained story. This time we begin in Twinleaf Town, where our protagonists, Lucas or Dawn, are messing around with their childhood friend and stumble upon the renowned Professor Rowan and his assistant, while attempting to run through the tall grass. Rowan decides to entrust our heroes with the first Pokémon. In Gen 4, your choices are between Turtwig, Chimchar, and Piplup. Eventually, the chosen protagonist obtains Pokédexes from Rowan and along with their new partner set out to catch them all to assist the professor in his research of Pokémon evolution.

Intrigued? We’ll bet you are. Get your favorite Pokémon games for your Nintendo DS emulator and dive into retro fun!

Other Pokémon games that deserve your attention are Pokémon Black version 2 and Pokémon White version 2 launched in 2012 on Nintendo DS. This time around we find ourselves in the new Aspertia City where almost immediacy we meet our rival to be Hugh and together meet up with Bianca to receive our first Pokémon. The choice of starters may be the same as before, but we soon lean it’s been two years since we last met Bianca. It appears she became Professor Juniper’s assistant. Then, along with Hugh, we receive our Unova Pokédex. After a quick battle, it’s time to say goodbye to our mom and heads out on a quest of our own. It’s a solid beginning. But what comes next is even more captivating and fun. Continue traversing the new areas with new characters, Nate or Rosa, competing with other Gym leaders, and replenishing your collection of pocket monsters.

Any Pokemon game can be rightly compared with a gem, unique, attractive, and precious. Given the accessibility of emulation software and ROMs, you can play virtually any Pokémon game on PC or a smartphone. Go ahead and download more Pokemon games! Don’t miss your nostalgia train that heads to the childhood!