Book Review: BOOKISH AND THE BEAST by Ashley Poston 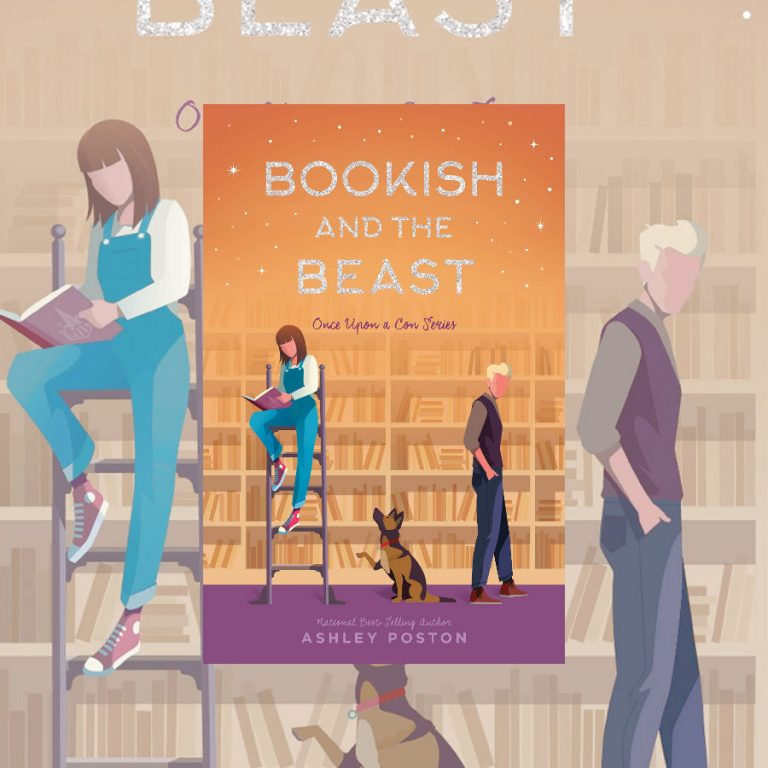 Bookish and the Beast is labeled as a modern day retelling of the classic fairy tale Beauty and the Beast, and though there are several similar situations, luckily, there’s no imprisoning or killing of anyone.

The female protagonist is Rosie Thorne, which is obviously a nod to the infamous rose in the classic tale. The male love interest for Rosie is Vance Reigns. And if you’ve read the previous two books in author Ashley Poston’s Once Upon a Con series, you’re likely to recognize his name.

Though the classic story is undoubtedly popular enough to get an idea of how things will turn out, Bookish and the Beast gives us enough originality throughout the book to make us want to keep turning the page.

Rosie is still the “common” girl, with the loving father, living in a small town. She happens to be a big fan of a popular science fiction book series called Starfield, something that her recently passed mom introduced her to. She’s been having trouble figuring out what to write for her college application essay, and she can’t get the popular guy in school to stop trying to convince her to go with him to the homecoming dance.

She finds herself in an awkward situation with Vance, when she crosses paths with him in a rather comical and unconventional way, and ends up accidentally destroying a rare edition of a Starfield novel. She volunteers to work off the debt on the damage, but Vance, who happens to be on a parent-appointed exile from the glitzy and glamorous lifestyle he’s been living in Los Angeles, is not too keen about having her around the house. Of course, his acerbic attitude doesn’t make her too fond of him either.

Things go from bad to worse for both, sometimes in hilarious ways, as they try and avoid each other. But it’s when they start lowering their guards and revealing their vulnerabilities to each other that we get to see that maybe there’s hope for these two.

Bookish and the Beast is definitely a cute romance, and it was a lot of fun to read. Rosie and Vance have some pretty predictable characteristics about them, she being the no-nonsense type of girl, and he being the arrogant, way-too-hot guy. But for this story, it works, and I found myself enjoying getting to know them better as the story went on.

The author created these characters in a way that’s both relatable and likeable, despite the unusual circumstances these two find themselves in.

There are some sexually diverse minor characters as well and that was cute to see, making it a rather normal thing, which is basically what the purpose is.

All in all, Poston executed this rom-com version retell of a dramatic classic quite successfully, even though it’s quite a simplistic story, being the nature of the theme, with lots of cuteness and fun involved. Mind you, it’s not a bad thing, and I wouldn’t mind if she ended up doing more stories just like this, because sometimes it’s just nice to get that slice of life.

Bookish and the Beast will be released August 4th, but you can pre-order now through the following links: