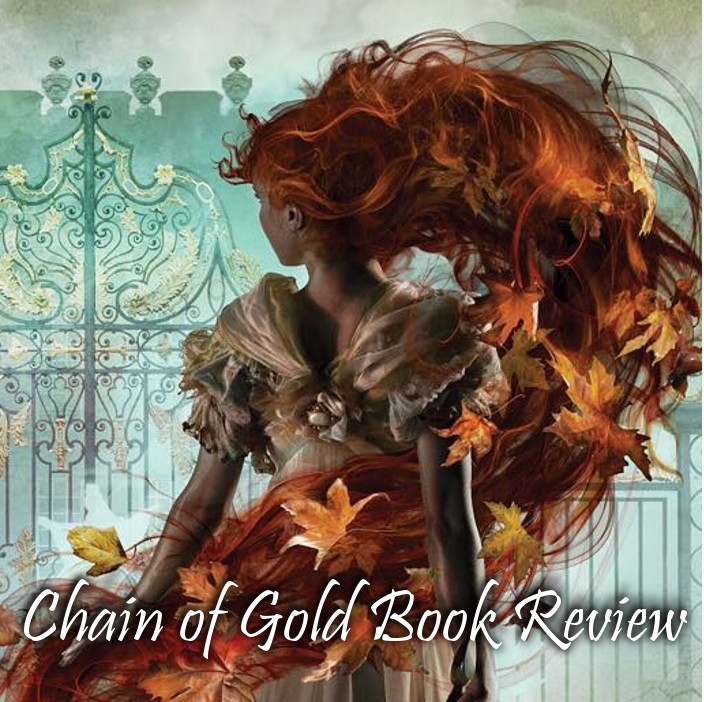 Cassandra Clare’s fourth major series into the Shadowhunter world features some familiar characters from previous books, but Chain of Gold adds more depth and angst to her already beloved chronicles.

Note: This review is based upon an advanced readers copy given to us by the publisher for an honest review and is spoiler-free.

Chain of Gold by Cassandra Clare is the first book in a new trilogy, The Last Hours, in The Shadowhunter Chronicles, and centers on the generation of Shadowhunters after Will Herondale, Tessa Gray, and Jem Carstairs from The Infernal Devices trilogy.

With that said, if you have read the Infernal Devices books, you will recognize some familiar characters. Though fans of said book have been looking forward to seeing their favorite characters return, they may find that the main characters of Chain of Gold will capture their hearts just as much as, or maybe even more so, than those who have graced the Clockwork books.

It is the Edwardian period of London and the young Shadowhunters have enjoyed a calm life so far, having picnics and turnabouts and such, but this particular summer has brought a few people to the London area for an extended period of time, and events start to ensue, with romance, intrigue, scandals, and of course, demon fighting.

As with all of Cassie’s previous books, all the familiar traits of her stories abound, but do not think this to be a hint of predictability with just the change of names to make the difference. The characters of this story, though they may have familiar parents who we love, are very much different than those of Will, Jem, Tessa, Charlotte, and the rest of the TID lot. And while we do love seeing those familiar characters make appearances throughout the story, James, Matthew, Cordelia, Lucie and the rest of this generation have their own stories, and they are worth reading about.

Those who have read all of the snippets and flash fictions in the past several weeks leading up to the release of Chain of Gold might also think they are already familiar with the story and how it will go, but there are quite a few moments, both pleasant and not-so-pleasant, that may yet surprise even the biggest fan of the Shadowhunter books. Cassie does love surprising her readers and she does that quite well in this book.

Cassandra’s use of third-person narrative has been a constant in her books, and it does very well to this type of storytelling, with so many different characters involved, even if most of the story comes from the point of view of Cordelia Carstairs. There are still plenty of scenes which focus of various characters, including James, Lucie, Matthew, Thomas, and others.

Cassie also tackles on various types of relationships, including same-sex relations regarding both males and females, which in previous times was not as accepted as it is today, familial relationships, and gender roles.

Though the book did feel as if it took some time to warm up in the beginning, it does grow more and more interesting, with twists and shocks, character developments, and angsty-ness abounding, which each character having their own issues to deal with.

Of course, each central character has a unique perspective on their life and the lives of those around them and you’ll develop a favorite or two, but even the minor characters may end up having a special place in your heart, which is not unusual in any of Cassie’s stories. So, be prepared as those who you might have formed an opinion on early in the story may change as the story goes on. Myriad feels!

Overall, Chain of Gold felt like a very unique story, apart from it’s chronological predecessor as well as the more modern The Dark Artifices trilogy, and as with all the first books of her previous series and trilogies, it’s not a Shadowhunter story without teasing the reader of more to come.