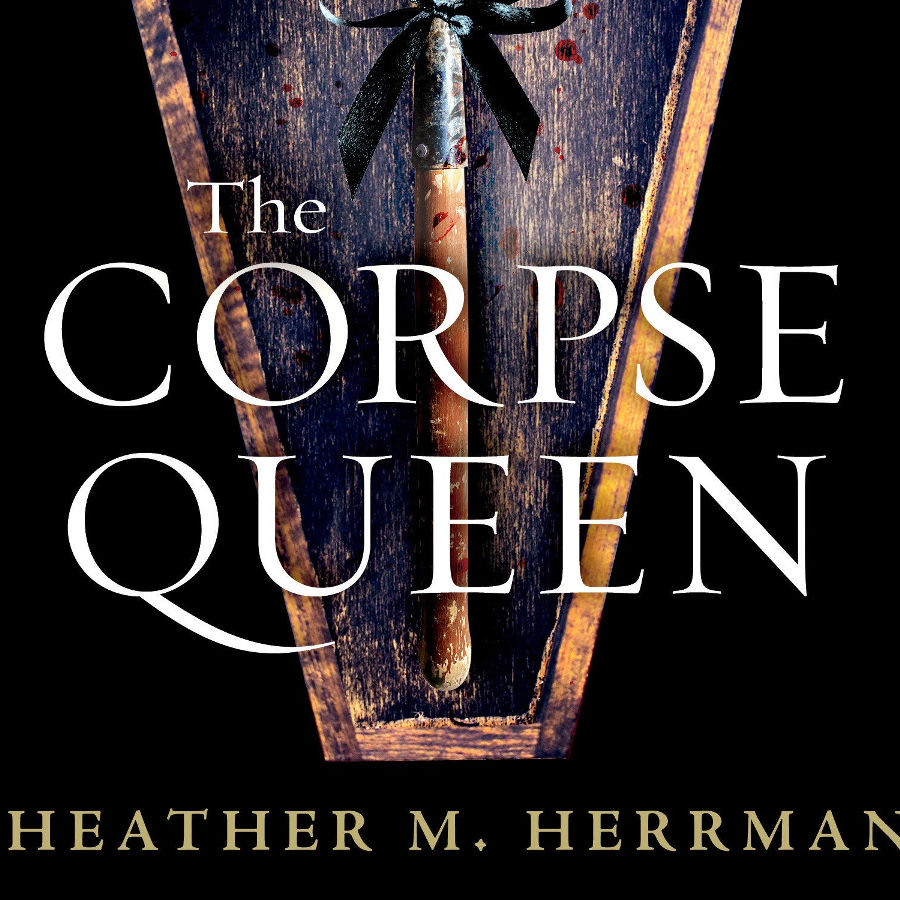 Corpse Queen is not for the faint of heart, but it will be a story like you’ve never read before.

Corpse Queen by Heather Herrman is based in the mid-19th century. It follows the story of an orphaned girl named Molly Green who recently discovered the dead body of her best friend. Immediately after this discovery, Molly is then whisked away to live with a mysterious aunt that she previously knew nothing about. Once there, Molly is exposed to a world she could never have imagined. She is thrown into the underground scene of body snatching where she is tasked by her aunt with fetching the bodies of the recently deceased, and then selling them to medical students. The story gets much darker than this, however, because not only is Molly faced with sexism and chauvinism as she slowly fights her way into the classroom alongside her male counterparts, but during her journey, dead mutilated women begin popping up around the city. Being pulled in many different directions, Molly must figure out who and what remains important to her, and decide how she can remain true to herself in this glamorous world while also fighting for a future she could never have imagined for herself.

Molly Green is our main character, and though she seems to have so much potential, it feels like her character is one of the only aspects of the book that misses the mark. Molly presents as being such a strong character who fights for her rights and defies stereotypes, but after reading over 400 pages, I still feel like I don’t know her or her motivations. Her interactions with the other characters are light-hearted and pure, and I was excited to read more about her relationships with them as the book progressed, but it still felt like a piece of Molly was missing. I think the main issue is that Molly is constantly referring to or discussing characters the reader never actually meets. Molly seems to always be thinking about or discussing her best friend she found dead as well as her Ma and Pa, who abandoned her at the orphanage, but as the reader we never meet them or learn much about them. These three characters motivate a majority of Molly’s decisions, but since the reader has no connection to these three strangers, it feels as if we are also missing important qualities of Molly. I think if this aspect of Molly’s character had been flushed out more thoroughly, the relationships Molly forms and the motivations for her actions would have held more weight.

The world building within this book is mesmerizing. Herrman creates a terrifyingly beautiful world. The descriptions of the characters’ clothing, the medical procedures, and the bodies are so vivid I felt as if I could smell and feel what the characters were seeing. For some, it may possibly even be a little too vivid in regards to blood and gore. Herrman’s grungy 1850’s Philadelphia paints the picture of the illustrious high society and then sneaks away into the grungy salacious dealings of the underground. The society lines between the characters are very clearly drawn, but when it comes to the concept of who is virtuous and who is corrupt those aren’t so easy to see.

Overall, Corpse Queen tells an intriguing story sprinkled with gruesome elements. It is a beautifully written historical thriller that features a strong independent young woman fighting to make her mark in a male driven field. Although I didn’t enjoy every aspect of this story, I was intrigued to find out how everything played out. The ending of the novel did feel fairly rushed, especially after reading 350 pages of buildup, but I think the journey of our main character was more important to our author than the ending.

Corpse Queen by Heather Herrman is out now and you can order a copy on any of the following: