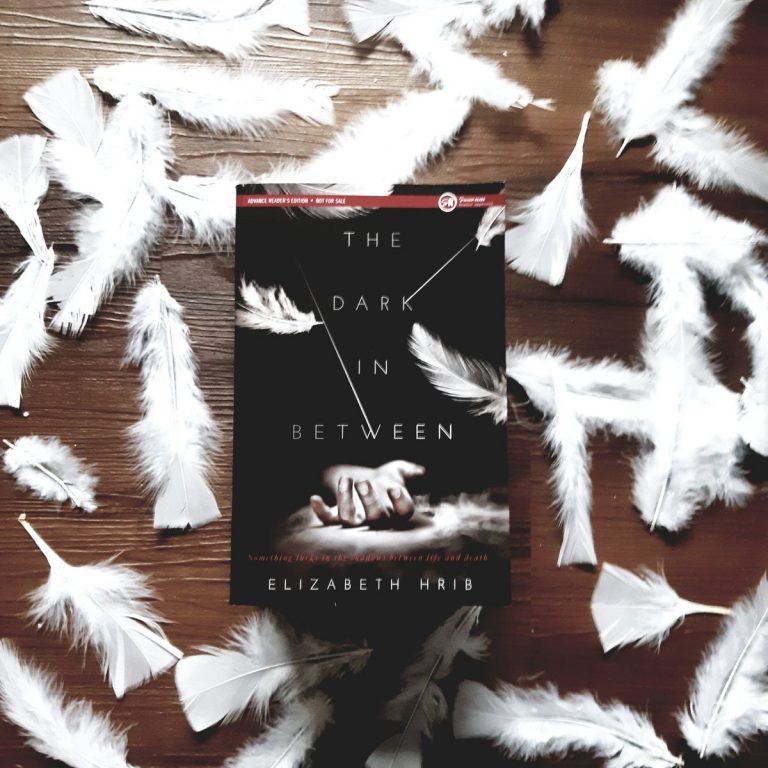 After the death of her best friend, Casey’s pathway to healing is found in THE DARK IN-BETWEEN.

Both Casey and Liddy died in an accident. Casey’s heart was restarted, gifting her a second chance at life. Liddy, however, didn’t make it. The only thing worse than being stuck in a hospital while slowly recovering is being stuck in a hospital and missing your best friend’s funeral. After losing Liddy, Casey definitely has a void in her life, but at least she still has Evan, her (and Liddy’s) longtime friend, whom Casey has complicated feelings for.

Stressed after leaving a memorial that Liddy would’ve hated, Casey experiences the impossible: A boy falls from the very sky. Red, as he calls himself, doesn’t appear to be seriously injured. Casey watches his eyes change from blue to white and back again. He muses about forgetting was it was like to be human, that he’s hungry. And Casey, who feels like she may have been put in some kind of trance, is especially floored when Red asks her how she died.

The inclusion of the supernatural is my favorite part of The Dark In-Between. There is a perfect mix of established religious/mythological elements and “legend-building” created by Hrib. Learning about Red was fascinating. In fact, as well-written as he was, I still would’ve liked to have learned even more about his species and backstory. Exploring additional creatures and Limbo gave the novel complicated layers. I really couldn’t get enough.

I must also praise the pace of the plot. The Dark In-Between never felt stagnant, which I find to be the downfall of many books. No, Hrib kept the story interesting. Something dangerous or melancholy was almost always in play, leaving me eager to unveil what was coming next. (And, yes, okay, I ended up more invested in Casey and Evan’s relationship than I expected, and with the turn of every page, I wondered when their complicated feelings would come to a head.)

While I boarded the “ship”… ship, surprisingly, Casey wasn’t a stand-out for me. It’s pretty tough when the character one’s not invested in is the novel’s protagonist. Despite Casey’s grief and what (on-paper) seemed to be sympathetic struggles, I couldn’t connect with her. Or, at the very least, not in the ways I’d hoped to. Ultimately, she just felt bland to me. But what I lost in Casey, I found in Evan and Red. Both were consistently entertaining and three-dimensional.

The Dark In-Between falls onto shelves May 5th, but you can capture your copy now via Amazon or Indiebound.

A terrible accident brings sixteen-year-old Casey Everett’s life to a halt—literally. Pronounced dead on the beach during the year-end harbor party, Casey’s sudden return to the living is shadowed by the drowning of her best friend, Liddy.

Eager to avoid the rumors that follow her, Casey returns home for the summer, only to find that Liddy won’t let her go. A series of violent nightmares and soulless whispers threaten to drive her mad, but when she watches a boy fall from the sky, she suspects she’s actually crossed that line.

That is until Red—an angel fallen to earth to regain his wings—takes her to Limbo: a place that exists somewhere between the living and the dead. Now, in order to save her best friend, Casey must learn to walk these mysterious and dangerous paths or else risk losing Liddy to something worse than death.