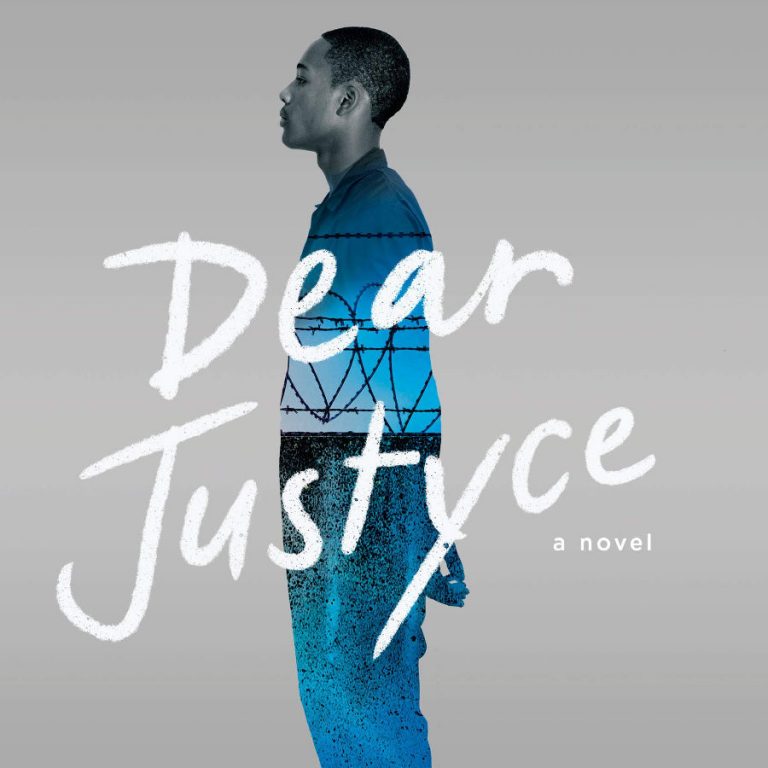 Nic Stone delivers a powerful message that the world needs to hear in Dear Justyce.

As a companion novel to Dear Martin, Dear Justyce follows Quan as he spends his time in prison over a murky murder of a cop that he may or may not have committed. Told in flashbacks of his past and in present time, readers are shown his life as a child who grows up strong, to a teenager that is failed over and over. Nic Stone uses Quan to tell the story of thousands of young Black men in urban America.

There’s no other way to start this review than by saying, I have never read a more powerful YA book than this one. This is the story for those who feel like there’s no hope. This is a story that everyone needs to read to better understand the world we live in today, where harsh judgements are made before anything is learned. Nic Stone chose to show the hopeless side of what it’s like to be Black in America. A world where it’s a constant fear for your life and a constant fight for survival. A world where nothing good happens simply because of the color of their skin.

It was heartbreaking to see how one slight change in a Black man’s life can alter their path completely. In Quan’s case, his favorite teacher no longer being in the school set off a chain of events that led to everyone else failing him. The discussions I could have over this book are endless because it brings up so many topics that need to be addressed in the world. But because this is a review, I’ll save that for Twitter and talk about everything else.

The book mirrors the first novel, where the MC is writing letters to someone about their thoughts and what’s happening. While we see scenes about Quan’s past and what led him to being in prison, the letters he writes to Justyce, the MC from the first novel, is where his heart is truly shown. It’s where his mind is poured out and secrets are revealed.

Aside from that , Stone’s writing style is very unique as prose flows seamlessly into free verse and back into prose. The effect creates this poetic voice for the narrator that keeps you engaged and emphasizes certain points. One of my favorite parts is during a major scene, where it becomes a script to truly show the dramatization of it. It made everything a bit more real for some reason, as if it were a transcript. There’s also quick dialogue-only discussions during group scenes that makes the reading of it quick and powerful.

Besides the writing, the story itself was truly amazing. Characters from the first novel are brought back for a fight against injustice and topics from the first book are revisited. It was great to see a minor character become fleshed out with his entire story. And it was also great to see both stories come together to create a bigger one.

The world forces young Black kids to grow up so quick and so sudden, that when a teenager is in prison, you think they’re an adult. The author made it a point and her mission to show that this teenager is still a teenager who has panic attacks, and wants to be loved like everyone else. In a world that tries to dehumanize anyone who is different, Stone made Quan as human as possible to shove in these people faces.

All in all, Dear Justyce is top contender for the most powerful YA book of the year 2020. As a writer, she’s smart, diligent, and above all a fighter for unheard voices. She’s a treasure that must be protected and a writer that belongs on everyone’s shelves.

Dear Justyce was released on September 29, 2020 and can be found wherever books are sold, or you can order your copy at the following:

In the highly anticipated sequel to her New York Times bestseller, Nic Stone delivers an unflinching look into the flawed practices and silenced voices in the American juvenile justice system.

Vernell LaQuan Banks and Justyce McAllister grew up a block apart in the Southwest Atlanta neighborhood of Wynwood Heights. Years later, though, Justyce walks the illustrious halls of Yale University . . . and Quan sits behind bars at the Fulton Regional Youth Detention Center.

Through a series of flashbacks, vignettes, and letters to Justyce–the protagonist of Dear Martin–Quan’s story takes form. Troubles at home and misunderstandings at school give rise to police encounters and tough decisions. But then there’s a dead cop and a weapon with Quan’s prints on it. What leads a bright kid down a road to a murder charge? Not even Quan is sure.