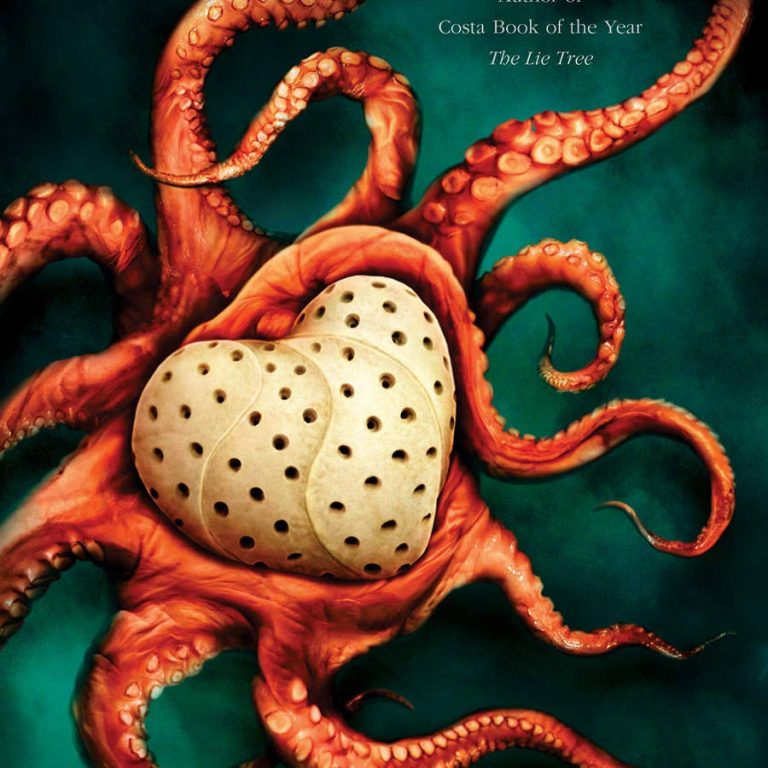 Deeplight by Frances Hardinge is about a boy named Hark who lives in a kill-or-be-killed world. People scavenge pieces of the dead ocean gods called godware for magical powers. When Hark finds himself in possession of one, you can’t help but wonder just what type of excitement will happen to him?

Before I started reading this, I already had an attitude of skepticism on how a story from the view of an adolescent boy can be compelling to me, so I put it off for a while. In those days when I didn’t pick up the book, I found myself introduced to the world of anime which primarily has middle-school aged kids starring as the protagonists. Well, after being blown away by those shows, I looked at Deeplight again and thought I should definitely go in without a preconceived notion, and I’m glad I did. I thought the characters, especially Hark and Jelt, felt like people we could encounter in real life. That doesn’t mean everyone is likable, but rather they have flaws that we can see them slowly grow from compared to the beginning of the story.

There’s a dark undertone to Deeplight that Hardinge was able to convey through the beautiful world she created. The settings and the mythos behind those islands are so rich in history that it stands solidly as a fantasy. The gods are not the benevolent all-seeing beings that will forgive and forget; these gods kill and fight, just like a reflection of humans. I also love the inclusiveness of this novel with the deaf community. I think most books I’ve read only ever had one character that happened to be deaf, and they are always side characters, but Deeplight weaves deafness into the world so readers can understand how it came to be and how it’s a badge of honor rather than something to be ashamed of. Like most fantasy books, and especially for standalone fantasy books, the first half of the novel will be slower in pacing just from exposition and world-building, and the latter half is where the climax and the falling action comes. If you find yourself trudging along, I would suggest for you to get to the halfway point to decide whether or not to continue.

Overall, Deeplight is a delightful and surprisingly mature read! I enjoyed the characters even when they frustrated me to no end.

Deeplight by Frances Hardinge is already out in bookstores.

The gods are dead. Decades ago, they turned on one another and tore each other apart. Nobody knows why. But are they really gone forever? When 15-year-old Hark finds the still-beating heart of a terrifying deity, he risks everything to keep it out of the hands of smugglers, military scientists, and a secret fanatical cult so that he can use it to save the life of his best friend, Jelt. But with the heart, Jelt gradually and eerily transforms. How long should Hark stay loyal to his friend when he’s becoming a monster—and what is Hark willing to sacrifice to save him?