Book Review: A DREAM SO DARK (THE NIGHTMARE-VERSE #2) by L.L. McKinney 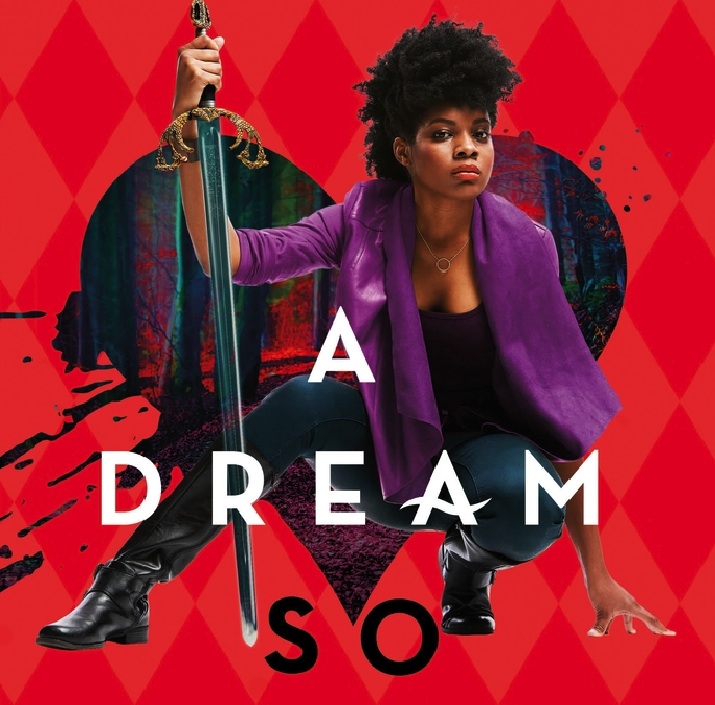 Alice Kingston is back for another round of wild Wonderland adventure in A Dream So Dark, the sequel to L.L. McKinney’s A Blade So Black!

This flashy follow-up finds Alice’s two worlds– one as a “normal” Atlanta teen with a very strict mother, another as a Nightmare-slaying warrior and protector of Wonderland– colliding at full speed. Her best friend Chess has been lost to the terrors of Wonderland and when The Black Knight makes things personal, Alice can’t keep her mom in the dark anymore. She’s always struggled to separate these two parts of her existence, but things get especially interesting when she can’t anymore. Alice is ready to end The Black Knight once and for all, but what she discovers in her search for him is more harrowing than she ever suspected.

Like the first book, A Dream So Dark is filled with ultra-lush worldbuilding that makes you feel like you’re right in the middle of each scene, particularly in the vibrant Wonderland sequences. I loved the new details that were added to the world as it expanded into something that’s both more outrageous and more relatable. Meet new characters is a huge part of this journey and their unique personalities added a fresh later to the storytelling. Of course, the characters from book one are back in force as well! I really enjoy Alice’s repertoire with The Looking Glass crew, especially as Alice’s best friend Court becomes folded into the mix a little more.

The novel also delves into Hatta’s past, which is irrefutably tied, somehow, into what’s going on in Wonderland right now. It’s a fun dive, but I wish it was presented a little more thoroughly, perhaps with more flashbacks or conversations between characters who were there for the good times before everything went sour.

However, there’s one major problem I had with this novel: The pacing felt very off. A lot of time is spent on set-up, logistics, and travel. They focus didn’t really seem to be on the motion-forward of the plot until the last quarter or so of the novel, during which pretty much all the meaningful action happens and reveals are made. By the end of it all, we could see where things would go for the third book, but everything that happened leading up to that didn’t feel consistently compelling or necessary. I didn’t feel this way about the first book at all, so it was a bit of a shock. What it boils down to is Middle Book Syndrome.

If you loved A Blade So Black, you’ll have fun reading the new developments in A Dream So Dark despite a slower pace and by the end of it all, you’ll be curiouser and curiouser about how things will play out in Book 3!

A Dream So Dark (The Nightmare-Verse #2) hits shelves on September 24, 2019. You can preorder it now via Amazon or support your local independent bookstore via Indiebound!

Still reeling from her recent battle (and grounded until she graduates) Alice must cross the Veil to rescue her friends and stop the Black Knight once and for all. But the deeper she ventures into Wonderland, the more topsy-turvy everything becomes. It’s not until she’s at her wits end that she realizes—Wonderland is trying to save her.

There’s a new player on the board; a poet capable of using Nightmares to not only influence the living but raise the dead. This Poet is looking to claim the Black Queen’s power—and Alice’s budding abilities—as their own.

Dreams have never been so dark in Wonderland, and if there is any hope of defeating this mystery poet’s magic, Alice must confront the worst in herself, in the people she loves, and in the very nature of fear itself.