Book Review: FORGED IN FIRE AND STARS by Andrea Robertson 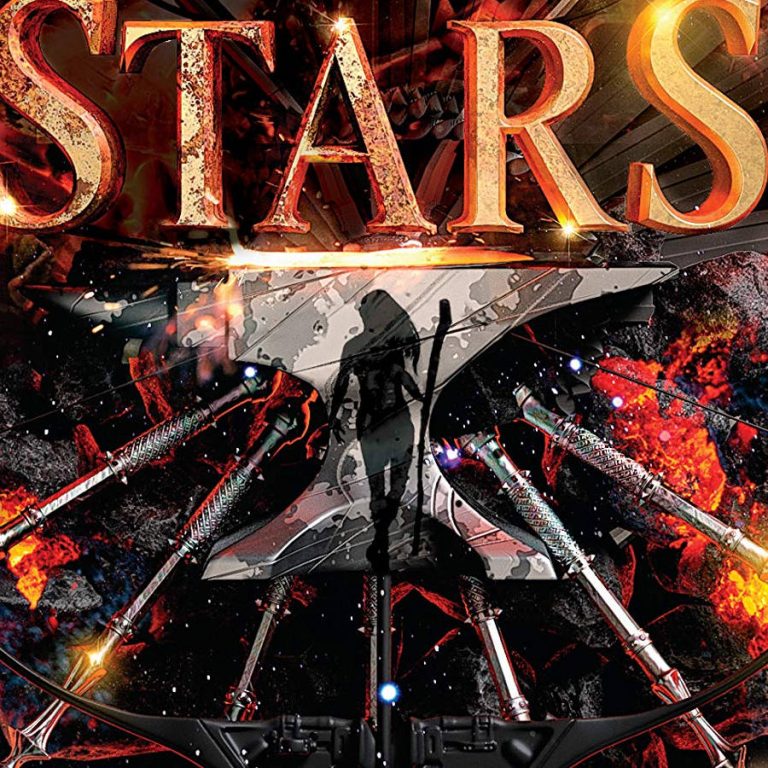 Forged in Fire and Stars by Andrea Robertson is a YA fantasy dealing with mythology, mystery, intrigue, and a fallen kingdom.

Ara is a young girl, who lives with her grandmother. Her father was a Loresmith, a powerful blacksmith chosen by the gods to help protect their lands. With his death, she struggled to understand what it means to be chosen. One day, the long lost prince and princess show up in her small town, and that’s where the journey begins. Ara has to learn what being the Loresmith means, and how to stay true to herself while helping to regain the peace that used to exist.

The main character Ara was your typical YA fantasy stereotype protagonist. I didn’t feel like she was unique in any sort of way, however, the one thing I enjoyed was the Loresmith aspect of her character. The idea of a female being a blacksmith was original enough, and a fresh concept for a fantasy.

I wish there was more character building in this book, but sadly I really didn’t feel any sort of connection to Ara. I did like some of the other characters like Prince Eamon, and I’m excited to see what happens to him in the next book.

The pacing of this novel was too slow for my enjoyment, and although I loved the concept of the story, I felt as if I was lacking in important details, as I was not fully comprehending what was going on. With the world building, it was difficult to understand all of it as everything was kind of just thrown at us in the beginning. I think the concept of the magic system with the Loresmith was cool, but I wanted more clarification. The world definitely had the potential to be a pretty unique place, but it unfortunately fell flat in a lot of aspects.

Overall, I feel as this book had the potential to be great, but let me down in the end. I really hope that the next book builds on this potential and fixes the pacing issue. I could like these characters with a bit more of development in the next book. I have hope the next book will be even better!

Games of Thrones meets An Ember in the Ashes in this action-packed fantasy from the internationally bestselling author of the Nightshade series.

Ara has always known about the legend of the Loresmith: the blacksmith who served alongside the kings and queens of every generation to protect the kingdom. It was her fate to inherit the title–though she never truly believed it would come to pass since the monarchy’s downfall years before.

But when the lost Princess Nimhea and Prince Eamon steal Ara from her quiet life with a mission to retake the throne–and take her place as the Loresmith–her whole world turns upside down. Their journey will take Ara on a dangerous adventure to discover new truths about her family’s legacy, and even to face the gods themselves. And with a mysterious thief as an unexpected companion, Ara must use all her skills to figure out just who she can trust, and forge the right path forward–for herself, her kingdom, and her heart.

You can purchase a copy of Forged in Fire and Stars at the following links: