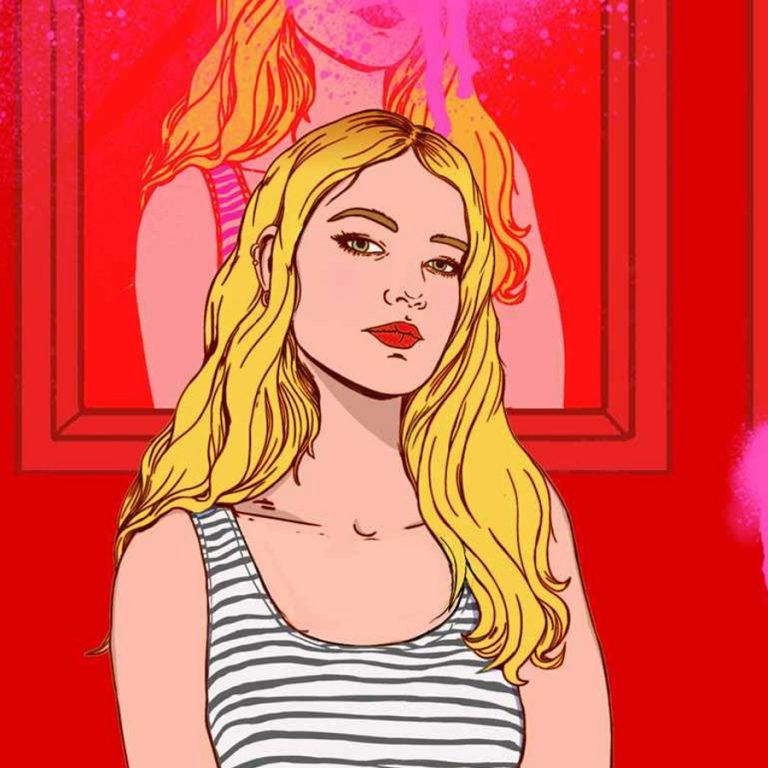 Girl, Unframed, is a character driven read dealing with growing up and the struggles of having a famous mother.

Sydney Reilly, a sixteen year old girl, lives under the shadow of her mother Lila Shore. Her mom is, fashionable, famous, and oh so glamorous. Sydney goes to stay with her mom for the summer, but feels like something’s wrong before she goes. Throughout the whole summer, Sydney goes through the pains of living under someone with such a high status. Sydney, who used to be unnoticeable, is now getting stared at by everyone, from her mom’s new boyfriend to random men on the street.

Sydney was a very unique main character. She felt realistic, even though she still acted like someone straight out of a movie. Though I didn’t relate to her one-hundred percent of the time, I understood some of what she was going though. Her development was super intriguing because she felt like such a different person by the end of the book. It was growth in a really weird way, and I still don’t know what version of her was true. She had to deal with things, and even though she handled some things wrong, she was still her own person.

I honestly didn’t care for the relationships throughout the book. Sydney was rude or moody to everyone at least once, but I could see why. Her mom was such a big star and she kind of just felt victim to her mother’s popularity. It seemed it was that insecurity that caused her to treat everyone a bit more cruelly than your average teenager. But hey, she at least had some layers and a backbone.

Unfortunately, I don’t think I felt as fulfilled as I would have wanted. I had hoped that the conclusion of the story would feel more positive, but it felt like there was no closure. However, the last chapter seemed more substantial in plot than anywhere else in the story, moreso in its character development.

Overall, I’d read it for the character. She was so different from what I’ve seen in other books. It really makes you reflect on who you are as a person, so that was nice. I thought it was relatable, but was more sluggish, as far as the whole plot was concerned, than I wanted it to be.

Girl, Unframed hits shelves on June 23, 2020. You can preorder it now via Amazon, B&N, or BookShop.org, which supports your local independent bookstores!

Sydney Reilly has a bad feeling about going home to San Francisco before she even gets on the plane. How could she not? Her mother is Lila Shore—the Lila Shore—a film star who prizes her beauty and male attention above all else…certainly above her daughter.

But Sydney’s worries multiply when she discovers that Lila is involved with the dangerous Jake, an art dealer with shady connections. Jake loves all beautiful objects, and Sydney can feel his eyes on her whenever he’s around. And he’s not the only one. Sydney is starting to attract attention—good and bad—wherever she goes: from sweet, handsome Nicco Ricci, from the unsettling construction worker next door, and even from Lila. Behaviors that once seemed like misunderstandings begin to feel like threats as the summer grows longer and hotter.

It’s unnerving, how beauty is complicated, and objects have histories, and you can be looked at without ever being seen. But real danger, crimes of passion, the kind of stuff where someone gets killed—it only mostly happens in the movies, Sydney is sure. Until the night something life-changing happens on the stairs that lead to the beach. A thrilling night that goes suddenly very wrong. When loyalties are called into question. And when Sydney learns a terrible truth: beautiful objects can break.