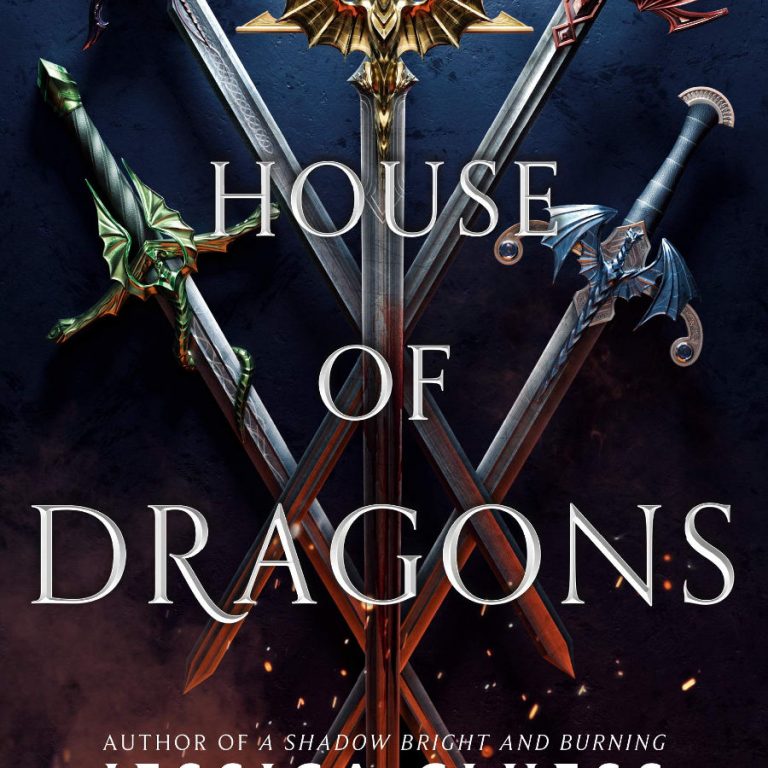 In HOUSE OF DRAGONS, Jessica Cluess delivers a non-stop thrill ride that dives deep into politics and breathes life into action-packed scenes.

Normally, when the Emperor of Etrusia passes away, the Great Dragon calls the eldest child from each of the five Houses to compete in the Trials with their respective dragon. The winner becomes the new Emperor or Empress and they rule successfully until their passing, where the cycle restarts. It’s the same every single time, until now. Suddenly the younger siblings are being chosen, and there’s nothing anyone can do to stop it.

When I first saw that House of Dragons was told from five different points of views, I became a little concerned. From past experience, multiple points of views start bleeding into each other and the character’s personalities start blending. I’m no longer able to tell them apart and end up getting frustrated. Cluess makes sure that every single one of her characters are completely different so that doesn’t happen. From the start, I was able to differentiate these distinctive characters. They all varied with their emotions and actions and stand apart from each other. You could literally open the book at any page and within seconds know who’s point of view it is.

Their voices mirrored their arc that takes you on this wild journey and you see their progression the further in you go. I found myself questioning every single person and wondering which of them would win the Trials and take the throne by the end. Even the side characters play a large part with their depth and complexities. I found myself wanting to know more about everyone and hoping that we would get more stories out of them. I honestly liked every single character in this unique cast and wanted more.

One of my favorite parts had to be the story itself. Because of the Trials, we see the characters doing their own things and going about their business. But the story makes sure that they cross each other and fits them into this larger puzzle. It was almost like a game of chess, where if you take out one characters action, nothing else can happen. The entire time I was reading, I was literally having fun. Through the happy moments, the action scenes, and even the sad times, I was having as much fun as if I were watching a blockbuster movie.

I thought the world building was intriguing. While the novel focused more on the characters and their dragons, I thought that what we saw of the world was beautifully done. It made me want more, and want to dive deeper into its lore and cultures. I’m not sure if it’s because I really like the novel a lot, but I want to know about the past, present, and future. I want to see in-detailed passages about all the lands. I just want to ask for too much honestly.

While reading, I did get little hints, almost easter eggs, to Game of Thrones. At least I hope they were easter eggs, what with one of the main characters being called Emilia, and especially with the way things ended. It gave me the same vibe except I wasn’t disappointed this time. I was Excited with a capital E. I found myself almost wanting the “villain” to continue with what they were doing.

At the end of it all, Jessica Cluess is smart and witty and has easily given me one of my favorite books of the year. She introduces us to this almost modern fantasy world, with current “moods” and “sayings” that sets it apart from others. It wasn’t trying to be this classical fantasy novel, but gave us what we know today. It’s a little difficult to explain but that only means you’ll have to buy the book and read it to understand. And hopefully, she decides to write more worlds set in Etrusia aside from the sequel.

House of Dragons by Jessica Cluess was released May 12, 2020 and can be ordered through any of the following links:

Five royal houses will hear the call to compete in the Trial for the dragon throne. A liar, a soldier, a servant, a thief, and a murderer will answer it. Who will win?

When the Emperor dies, the five royal houses of Etrusia attend the Call, where one of their own will be selected to compete for the throne. It is always the oldest child, the one who has been preparing for years to compete in the Trial. But this year is different. This year, these five outcasts will answer the call….

THE LIAR: Emilia must hide her dark magic or be put to death.

THE SOLDIER: Lucian is a warrior who has sworn to never lift a sword again.

THE SERVANT: Vespir is a dragon trainer whose skills alone will keep her in the game.

THE THIEF: Ajax knows that nothing is free–he must take what he wants.

THE MURDERER: Hyperia was born to rule and will stop at nothing to take her throne.