Book Review: I LOVE YOU SO MOCHI By Sara Kuhn 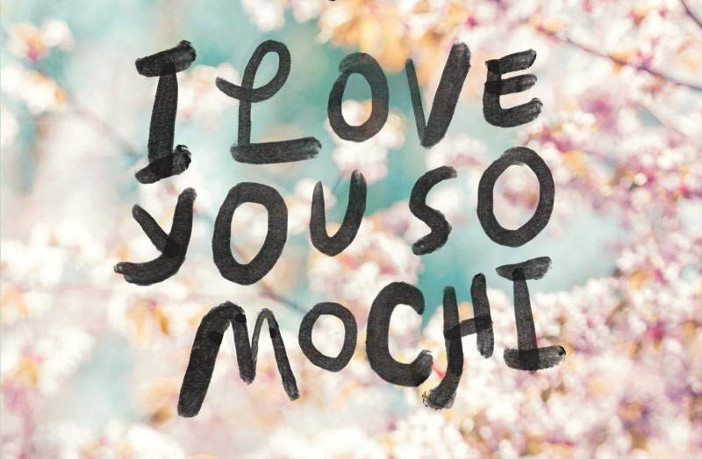 Just as sweet and colorful as mochi, Sarah Kuhn’s I LOVE YOU SO MOCHI leads you on an international journey of self-discovery, familial hardships and a romance that blooms just as quick and beautiful as cherry blossoms.

With the talent and passion of transforming her fashion ideas into the bold and wondrous Kimi Originals, Kimi finds herself lost in the reality of figuring out her future in I Love You So Mochi. A complicated adventure in itself, it becomes harder for Kimi when she learns about her mother’s disappointment and disapproval of her fashion hobbies. Taking advantage of her grandparents’ sudden request to visit them in Japan for spring break, she finds herself in the beautiful city of Kyoto with a limitless expanse of adventure to find herself and the sweet discovery of a certain mochi stand.

Kimi embodies every self-discovering young adult in this book. At the start of the book she has what she thinks is a set future, but quickly everything that she’s tried to keep a secret surfaces and she finds herself in the middle of a self-crisis: Who is she and what does she want for her future?

The supporting characters play a big role in catalyzing Kimi’s story. Her best friends Bex and Atsuko are the support group Kimi needs while being in Japan, bringing lightheartedness during serious situations and humor the conflicting emotions Kimi has. Also, the relationship between her mom and grandparents force Kimi to find out the reality behind their bitter relationship and learn more about her own roots. Let’s not forget about Akira, the guide to her self-discovery who helps her explore Kyoto and it’s inspiring history and stories.

What many people don’t realize is the different expectations and traditions parents of different cultures have. Every culture, and even family, hold certain expectations for their young with the intentions of giving them a better life without the hardships they themselves had to face. As a child of parents who sacrificed a lot to give me a better life, I related to Kimi on a very high level when it came to not wanting to disappoint her mom. I also related to her in the fact that I had to find something that I was passionate about, finding something “that spoke to my soul.”

I Love You So Mochi is a wonderful read. I’d be lying if I said it didn’t move me, because within the first ten chapters the book made me cry three times. As embarrassing as that sounds, I’m not ashamed to say it. The book has its lighthearted moments like the banter between Kimi and her friends, everything about Japan, and of course meeting Akira in his mochi costume. It also touches upon the more serious points in a young person’s life like familial relationships and duty and important decisions about your academic and romantic future. You find yourself immersed in Kimi’s quest of self-discovery. Maybe it has to do with the cute and fun adventures Akira takes Kimi on or maybe because we’ve all been on this same quest in one way or another.

Kuhn did a great job in mixing in both lighthearted and serious moments, not overwhelming us with a rollercoaster of emotions. Chronologically, the story took place within two weeks which seems too little in time but the pacing of the story made it all work out well. So much happened but Kuhn was able to pace the story in a way that allowed each moment to flow smoothly with the help of Kimi’s inner dialogue.

I also praise the fact that Kuhn didn’t over dramatize Kimi’s journey. Everything that happened seemed realistic and vivid instead of the over-the-top rom-com special. She used mundane situations we can see ourselves go through. For example, Kimi using the last bit of toilet paper and begins to panic because she doesn’t want to be rude and leave it empty but she doesn’t know where the spare rolls are in the house. This scene was simple and comical, which I appreciated.

Sarah Kuhn’s I Love You So Mochi is out today so get your copy via Amazon or at your local independent bookstore via Indiebound.

Kimi Nakamura loves a good fashion statement. She’s obsessed with transforming everyday ephemera into Kimi Originals: bold outfits that make her and her friends feel brave, fabulous, and like the Ultimate versions of themselves. But her mother sees this as a distraction from working on her portfolio paintings for the prestigious fine art academy where she’s been accepted for college. So when a surprise letter comes in the mail from Kimi’s estranged grandparents, inviting her to Kyoto for spring break, she seizes the opportunity to get away from the disaster of her life.

When she arrives in Japan, she loses herself in Kyoto’s outdoor markets, art installations, and cherry blossom festival–and meets Akira, a cute med student who moonlights as a costumed mochi mascot. What begins as a trip to escape her problems quickly becomes a way for Kimi to learn more about the mother she left behind, and to figure out where her own heart lies.