Book Review: LEGENDBORN by Tracy Deonn rises above the standard reimagining of a classic tale 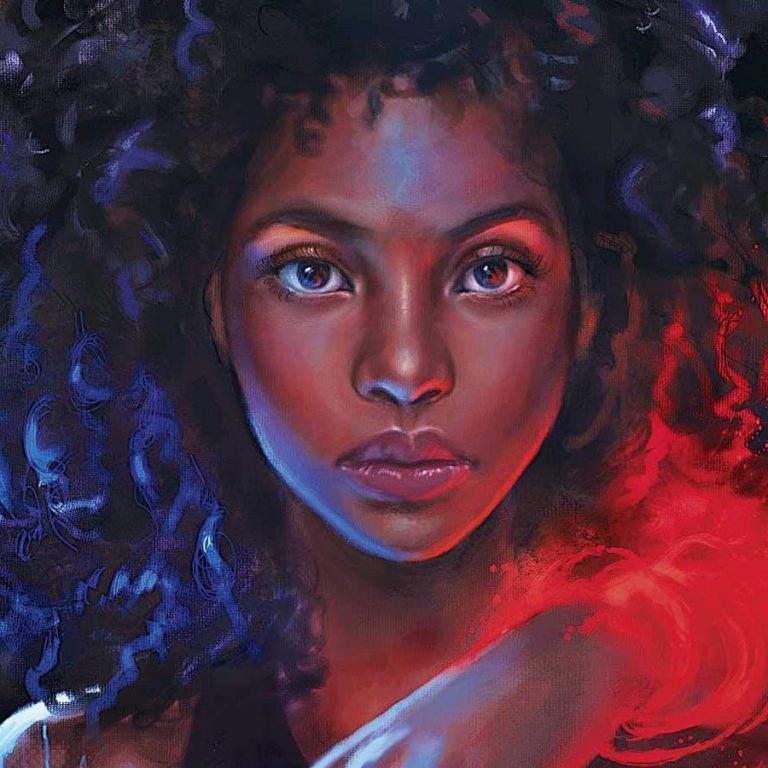 Legendborn is Tracy Deonn‘s debut novel (she was published in a couple of anthologies for short stories prior to this) that goes beyond just writing your standard retelling of the classic Arthurian legend, and it has made me into an instant fan of the author. Not only did Deonn make it work seamlessly, she made it make sense, especially due to its modern setting in the southern state of North Carolina.

Legendborn is the story about Brianna Matthews, a young, smart high schooler who attends an early college program at the University of North Carolina, Chapel Hill (where the author attended college herself) following the death of her mother.

She quickly becomes involved with a secret society that she thinks is somehow involved in her mother’s death, and is determined to find out how and why. But after befriending a few of the members of the Order, she comes under the realization that she might actually care more about her newly found friends than she first thought she would, despite the fact that she doesn’t feel all that welcome in the Order in the first place, with her being the only black person there.

Not only that, her way into the Order comes through the help of a very handsome second-year EC student named Nick Davis, who just happens to already have close ties to said society. When she sees something she isn’t supposed to and is almost killed, Nick is there to help her out.

But that’s just the beginning, because this unique story unfolds at an even pace that gives the reader time to really think about the Bree’s thought process and actions as she gets further involved with the Order. What we learn about Bree is that, although she’s intelligent, she’s not one I would consider pretentious, a trait that can be carelessly given to a protagonist for no other reason than to make it seem like it’s needed for a novel to have some significance as a worthy read.

Not only Bree, but all the young characters in the novel pretty much act and speak their age, though obviously with heightened perception and dramatics par for the course of any good story, without said pretentiousness.

This, however, doesn’t mean that Bree is a character without flaws. Her flaws do show up often, sometimes annoyingly so, which makes her altogether more interesting. Having the main protagonist be a woman of color already presents itself with several challenging factors already, but having her as one surrounded by a majority of white people bent on following Anglo traditions or patriarchal hierarchies just ups the ante, especially when magic is included in the mix.

Tracy Deonn also isn’t afraid to include other characters that stray from the cis-hetero labeling as well, and she does so without making them trite or stereotypical, or even an afterthought or expendable, and though they are minor characters in the story, they still have a place in it. There will at least be two people readers will be able to love in the book in addition to Bree. Alice, Bree’s BFF who joined her to UNC-Chapel Hill, Nick the blond-haired blue-eyed who everyone loves guy, Greer the non-binary member of the Order who knows who they are, and even Selwyn Kane, the broody antagonist who has his own familial history in the Order along with Nick.

As stated in the overview of the book, the story of King Arthur is a major element in the story. One might already make their assumptions about what Bree’s involvement in the classic legend may be, but the more you read, the more there is to Bree’s story, and it’s brilliant.

As you may know, magic is definitely involved as is known through the King Arthur fable. However, Deonn introduces more magic into the story, giving it a more complex and intriguing story than just having Bree as a black person in a traditionally white community. Sure, Bree brings up certain instances in which black people constantly have to endure, from the washing of her hair to dealing with the scrutiny of law enforcement, but the author doesn’t make it the central point of her story, because there’s a better story to tell through Bree’s eyes. Deonn truly gives life to Bree, giving her more depth and growth as you continue through the book, and not just in her relationships with the people she befriends in the Order, but also in what she learns about herself and how it all connects.

The fact that this is also a fantasy tale makes it all the more desirable to read, as the fantasy genre has been dominated for a long time with a majority white-person protagonist, including in the YA community.

As we continue to highlight more authors of color (and rightly so), we can continue to have quality stories like this. Tracy Deonn is only one of many that are itching to create fantastical worlds that the reading community should be open to read. She is one who’s definitely exceptional and introduces an eye-opening and well-thought out exceptional story to a world that needs something to be excited about, especially during these times.

I was, and continue to be, fascinated by Legendborn. Tracy Deonn revived my interest in the Arthurian legend, finding an intelligent and exciting way in which to tell integrate a familiar tale in a completely different and considerate way, without making it feel forced. You can tell that the author really likes the King Arthur story, so much that she wanted it to be part of her own, and she put a lot of care into it.

I would definitely consider Legendborn one of the highlight reads of 2020, and one that I would recommend to anyone, especially those who are looking for more diversity in the fantasy-genre.

Legendborn will be out in stores tomorrow, September 15th.

Filled with mystery and an intriguingly rich magic system, Tracy Deonn’s YA contemporary fantasy Legendborn offers the dark allure of City of Bones with a modern-day twist on a classic legend and a lot of Southern Black Girl Magic.

After her mother dies in an accident, sixteen-year-old Bree Matthews wants nothing to do with her family memories or childhood home. A residential program for bright high schoolers at UNC–Chapel Hill seems like the perfect escape—until Bree witnesses a magical attack her very first night on campus.

A secret society of so called “Legendborn” students that hunt the creatures down.

And a mysterious teenage mage who calls himself a “Merlin” and who attempts—and fails—to wipe Bree’s memory of everything she saw.

The mage’s failure unlocks Bree’s own unique magic and a buried memory with a hidden connection: the night her mother died, another Merlin was at the hospital. Now that Bree knows there’s more to her mother’s death than what’s on the police report, she’ll do whatever it takes to find out the truth, even if that means infiltrating the Legendborn as one of their initiates.

She recruits Nick, a self-exiled Legendborn with his own grudge against the group, and their reluctant partnership pulls them deeper into the society’s secrets—and closer to each other. But when the Legendborn reveal themselves as the descendants of King Arthur’s knights and explain that a magical war is coming, Bree has to decide how far she’ll go for the truth and whether she should use her magic to take the society down—or join the fight.

Order your copy at one of the following links: