Book Review: LIFESTYLES OF GODS AND MONSTERS by Emily Roberson 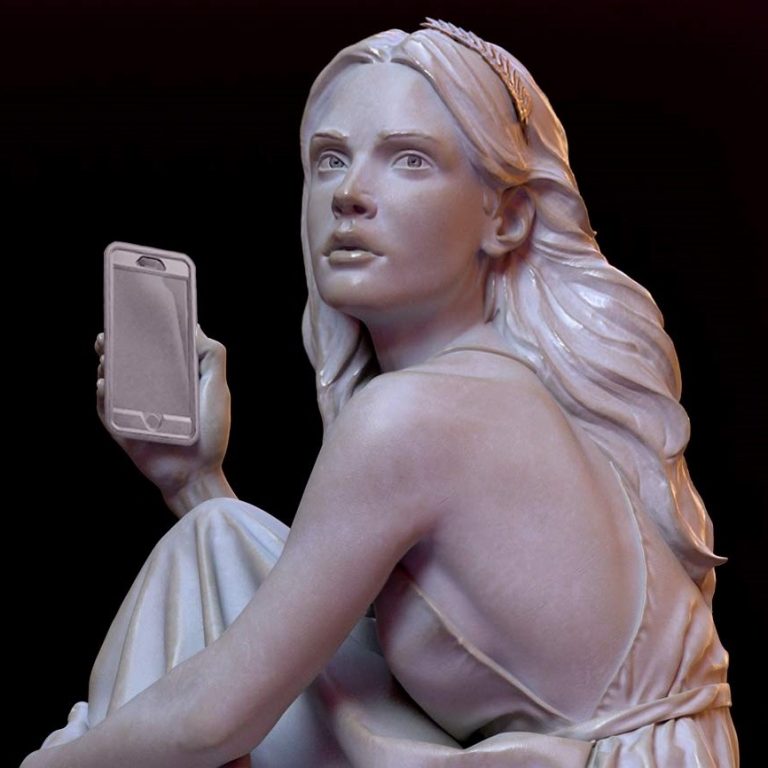 Greek mythology meets The Hunger Games meets… Keeping Up With The Kardashians?! It doesn’t seem like the concept behind Emily Roberson’s Lifestyles of Gods and Monsters should work, but it in mishmash of modern and mythological, the author’s first YA novel is carving out a niche that’s unique as hell, if nothing else.

Ariadne is the youngest daughter of King Minos of Crete and her world is full of gods’ plans and tricks, war, and superstition. However, it’s also full of cell phones, camera crews, and designer clothes. See, King Minos runs a modern-day media empire and his whole family has a role to play. Ariadne’s older twin sisters are reality TV stars, with all the branding deals, barely there outfits, and sex tape scandals that entails. Meanwhile, Ariadne tries to keep her personal life out of the spotlight and instead serves as the masked “Keeper Of The Maze” host behind Crete’s most popular show: The Labyrinth Contest.

Every year, Ariadne leads 14 Athenian teens to face off against The Minotaur in a vicious maze designed by her father’s lead engineer, Daedalus. Every year, those teens die at the hands of a creature whose connection to her own family remains a dark secret, but not before a deep dive into their personal lives, several lavish parties, and wild makeovers. The bloodlust isn’t cutting it anymore– ratings are declining because after ten seasons, there’s little hope a contestant will actually win. When Theseus, the newly crowned prince of Athens, comes to enter the contest, Ariadne doesn’t expect to fall for him. But Theseus’ unexpected charm surprises her and it isn’t long until their chemistry exposes Ariadne’s identity and makes them a reluctant plotline in the reality TV saga. Ariadne’s family wants her to set Theseus up for a horrific loss to The Minotaur, but the more involved she gets with the show, the more dark secrets she uncovers about her family.

Lifestyles of Gods and Monsters has such a novel concept that it took a bit for me to find my “sea legs,” if you will, and actually adjust to what I was reading. Roberson doesn’t hold hands in her storytelling. The plot is in motion and discussing the more disturbing parts of the Greek myth right away (The prologue is essentially “My mother slept with a bull once. The gods willed it. Now my whole family has to live that down.”) Of course, the myths aren’t the only squicky part. Minos’ reality television empire is based on a common tread for current reality shows: Sex sells. Ariadne is often considered a disappointment for not being a sexually deviant wild child– Something that her parents not only encourage in her heavily staged encounters with Theseus, but eventually demand. The crassness of the characters is difficult to swallow at times, though I understand it’s meant to show how deep and dark an obsession with fame can go.

As for the romance between Ariadne and Theseus, the initial spark readers see before the rest of Ariadne’s world finds out is very brief. In one or two brief conversations, Theseus tells Ariadne ~*~he sees her beauty when no one else does~*~, she can’t stop thinking about him after that, and it comes off as cringey instalove. Thankfully, the characters and their relationship become more layered and believable once the main plot kicks into gear.

Perhaps even more interesting than Ariadne’s interactions with Theseus are those she has with her family and best friend. At the beginning of the story, Ariadne sees her twin sisters as brainless, vain sellouts. The novel doesn’t go out of its way to make them good people as it progresses, which I appreciated, but it does reshape them into more complex beings once Ariadne has some shared experiences. We also meet Icarus, Ariadne’s best friend and The Labyrinth Contest showrunner whose torn between ratings and his conscience, who I struggled with at times but appreciated at others.

This novel is very hard to rate because I don’t think the writing was stellar, but it was still a pretty fascinating read that I sucked me in. It’s very much like reality television: You know it’s not exactly high caliber, but it’s still weirdly fascinating. Lifestyles takes steps to not make the plot surrounding the myth too predictable and give Ariadne a satisfying conclusion, which also helped a great deal in the matter, especially in the final third or so of the book.

Sixteen-year-old Ariadne’s whole life is curated and shared with the world. Her royal family’s entertainment empire is beloved by the tabloids, all over social media, and the hottest thing on television. The biggest moneymaker? The Labyrinth Contest, a TV extravaganza in which Ariadne leads fourteen teens into a maze to kill a monster. To win means endless glory; to lose means death. In ten seasons, no one has ever won.

When the gorgeous, mysterious Theseus arrives at the competition and asks Ariadne to help him to victory, she doesn’t expect to fall for him. He might be acting interested in her just to boost ratings. Their chemistry is undeniable, though, and she can help him survive. If he wins, the contest would end for good. But if she helps him, she doesn’t just endanger her family’s empire―the monster would have to die. And for Ariadne, his life might be the only one worth saving.

Ariadne’s every move is watched by the public and predestined by the gods, so how can she find a way to forge her own destiny and save the people she loves?