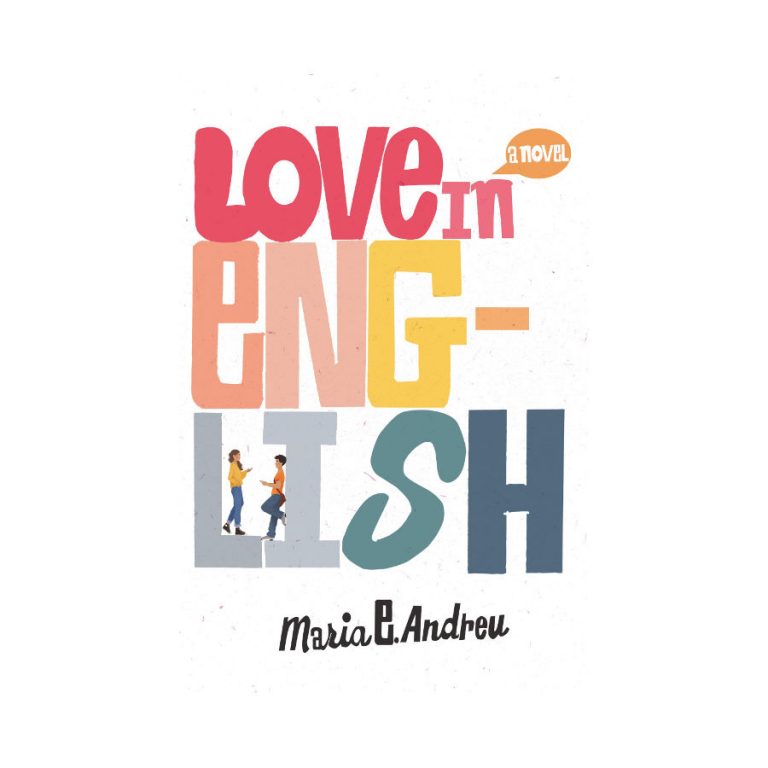 Love in English by Maria Andreu is a fantastic book to read for a look at America through the eyes of an immigrant. It is perfect for those looking to expand their cultural knowledge, and who are also looking to read an interesting and captivating young adult book. Following Ana through her move to the United States (near NY), the novel intertwines the confusion of being dropped in a strange country with the struggle most teens can understand… a love triangle.

Using #### for the words in dialogue said to Ana (instead of the english words), readers are able to feel the same confusion and frustration present when learning a new language, and these gaps in understanding make the book all the more interesting. I’ve grown in the United States my whole life and so am used to the strange ways of the english language, but this book was able to open my eyes to how difficult the language is to learn for non-natives. It really gives you an appreciation for people who learn english as their second language.

Told from the first person, it’s impossible to not feel immediately connected to Ana. Ana is a sweet and innocent character who learns that it’s important to remember who you are and where you came from (along with developing who you COULD be) throughout the novel. Andreu adds poems between chapters (written by Ana) that share Ana’s feelings (and talent at writing poetry). The poems are effective at portraying the feeling of being an outsider and being unable to understand english, but are not incredibly compelling (I didn’t get goosebumps reading them).

The first boy Ana develops a crush on is Harrison: the typical American boy from the movies, popular, smart, good looking (you know the type). Contrary to common stereotype, however, Harrison is actually super sweet and considerate (and also happens to live right next door to Ana’s new best friend). She thinks he’s incredibly attractive and they have a connection… 😉 Neo (her other love interests) obviously develops a thing for Ana right from the get-go. He’s in her English Second Language (ESL) class and is from Cyprus (a greek-speaking island), but it takes a while for Ana to catch on that he likes her as more than a friend.

Ana’s family life is tough but loving. Her dad really just wants what is best for her, but after moving away for three years, he doesn’t know the woman she’s grown to be (and doesn’t really know how to connect with her). The father-daughter relationship is relatable and realistic (but perhaps a bit too perfect?).

The chapter titles are cute and a story in and of themselves. Andreu knows how to combine humor with misunderstanding to create witty titles and poems. You really couldn’t tell english was her second language from reading the book, showing her impressive lingual skills.

Although not a must read, this novel is definitely interesting and worth your time. It’s a mix of a cultural awakening and romance, with a heavier emphasis on the romance in the second half of the novel. The romance was weak, however, and while very cute, the “ah-ha!” moment when she chooses one boy over the other is predictable and a little unrealistic. I was not unsatisfied reading the end of the novel…  but I wasn’t on cloud 9 either.

Love in English is in stores now and you can order a copy through any of the following links:

A fresh, breakout YA novel that is layered with themes of immigration, cultural identity, and finding your voice in any language.

Sixteen-year-old Ana is a poet and a lover of language. Except that since she moved to New Jersey from Argentina, she can barely find the words to express how she feels.

At first Ana just wants to return home. Then she meets Harrison, the very cute, very American boy in her math class, and discovers the universal language of racing hearts. But when she begins spending time with Neo, the Greek Cypriot boy from ESL, Ana wonders how figuring out what her heart wants can be even more confusing than the grammar they’re both trying to master. After all, the rules of English may be confounding, but there are no rules when it comes to love.

With playful and poetic breakouts exploring the idiosyncrasies of the English language, Love in English is witty and effervescent, while telling a beautifully observed story about what it means to become “American.”