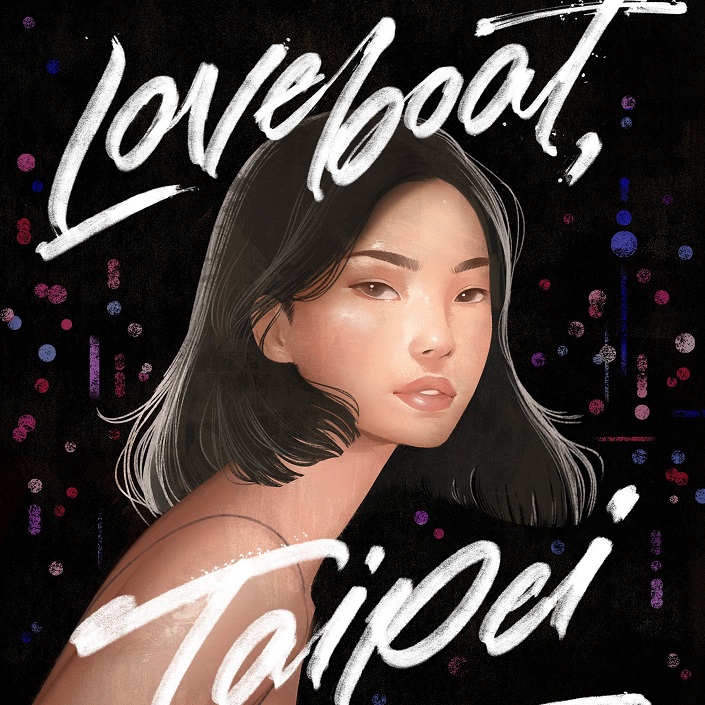 LOVEBOAT, TAIPEI is set to kick off the new year with a deliciously dramatic story of romance and discovery!

Ever Wong’s parents are forcing her to spend her last summer before college in a Mandarin immersion program in Taiwan, and she couldn’t be less excited about it. Little do her parents know that the Chien Tan program, also known as “Loveboat,” is not the strict educational dream world they expected. It’s actually an infamous romantic meet-up spot with not-so-strenuous supervision where children of Chinese immigrants sneak out to go clubbing much more than they study. Ever knows she’s free of her parents’ repressive rule for the first time and she’s ready to break every rule in the book. A little rebellion can be a good thing– until maaaaybe it isn’t.

Loveboat, Taipei is a hopeful and deliciously dramatic take on a person we all seem to know: Someone who had a very strict upbringing and doesn’t quite know where to draw the line when left to their own devices for the first time. You can’t help but root for Ever as she dares to toe past the line and make her own path. Not all of her decisions are super sound, but thanks to astute first-person narration, you see the hope and excitement of Ever’s intentions and she (usually) feels very justified. Anyone who’s longed to set out and build a new life of their own will surely find a kindred spirit in Ever.

As great as Ever is, her story is aided by a slew of impression-making fellow students at Loveboat that interweave their lives with hers. One of Ever’s first challenges in the program is coming face-to-face with Rick Woo, the “Boy Wonder” who is perhaps the most famous and successful Chinese-American teen of her age aka the kid she will never measure up to, in her parents’ eyes. She wants to hate Rick, but seeing the incredibly real side of him that Loveboat brings out has the opposite effect. Ever is roommates and fast friends with Rick’s cousin Sophie, who’s more interested in finding a successful future husband than anything, and also finds herself strangely compelled toward Xavier, an obscenely wealthy wannabe bad boy who falls far from the parameters of the dutiful child she was raised to live by. Other great characters include five students on a mission to destroy Asian-American stereotypes, some extended members of the Woo family, and a program counselor who shows Ever what it’s like to be a modern, working class citizen in Taipei.

All of these characters help Ever grapple with a deeper struggle: What is means to be a second-generation Chinese immigrant. There are often moments where Ever, who doesn’t have a strong knowledge of the Mandarin language or Taiwanese culture, feels profoundly less Chinese and perhaps less adequate than her peers. She struggles with the pressure her parents put on her, but she also recognizes the sacrifices they made for her. These are common themes in contemporary YA, but the novel confirms the validity of all immigrant and second-generation experiences with fresh eyes. It doesn’t preach, it dances through the tale alongside the characters.

The pseudo-love triangle happening in the novel– it’s probably not even fleshed out enough to count, in a lot of people’s books– is my least favorite part of the book. It wasn’t necessary and drawn out a bit too long, but the story is still intense and romantic. Kudos to Abigail Hing Wen for keeping the novel sex-positive all around, instead of pretending that’s something that wouldn’t happen in that situation. It’s an incredibly honest take in a world of denial-style “clean teen” without going overboard or getting graphic. In fact, the whole book was felt really realistic except for one moment of immediate forgiveness that was a bit too god tier of Ever for the sake of cementing female solidarity, though my dislike of it may say more about me than the scenario itself.

Loveboat, Taipei stands out in a sea of modern YA novels as a bright and revelatory tale of summer romance and discovery with a heartfelt story arc only an Own Voices author could provide. This book is dubbed as #1, and I can’t wait to see where the world of Loveboat takes us in the sequel!

Loveboat, Taipei is out January 7, 2020 and is available for preorder now: