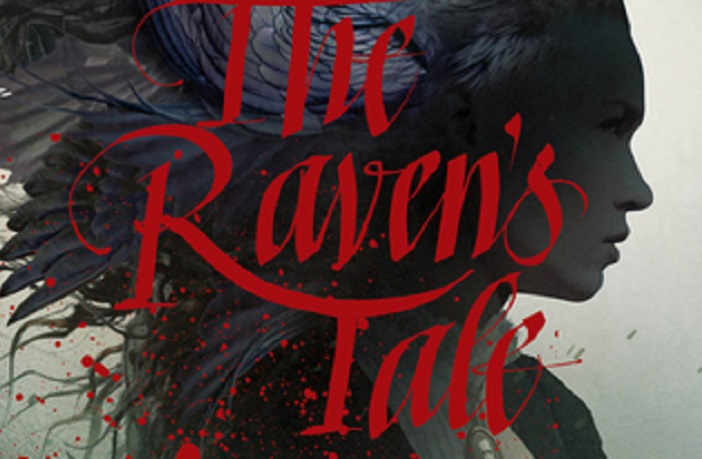 Cat Winters crafts a haunting story about the darkness inside us all with lyrical prose in THE RAVEN’S TALE!

The year is 1826, and seventeen-year-old Edgar Allan Poe is on the verge of a new life. For a boy who would later become a master of horror, he’s a relatively normal teen with a witty personality, friends, a sweetheart, and a well-off life with his foster parents. Edgar is looking forward to starting his own journey at university, but just before he leaves, she appears: His gothic muse Lenore, a figure made of cinder and feathers, brought to life by his own imagination. Lenore inspires him to pursue his darkest literary impulses, even though they threaten his place in society and bring on the ire of his stepfather, John Allan. As Lenore plots to make Edgar give in to his dark, twisted imagination, he’ll have to choose between everything he knows and the wild musings that fill his head.

To be clear, Cat Winters’ novel is a fictionalization based on the young life of the great writer and not a strict “retelling” of his life. Lenore is not a person from his life nor a stand-in for such a person, but a source of inspiration come to life. She feeds off Poe’s dark poetry and demands more of him, even against his better senses. It’s a play on the muses of Greek mythology, but with its own twist. Likewise, Winters is filling in lots of gaps in Poe’s known history through secondhand accounts that may or may not be true. There’s lot of artistic license happening… and we dig it!

The Raven’s Tale follows Edgar through his final days at the Allan home and off to college, where he tries to fight off the dark influence of muses and become a proper Southern gentleman. While the story features lots of whimsy and gothic fancy, it’s definitely very centered on Poe and Lenore because there isn’t a ton of plot to be had outside that relationship. It’s not that Edgar has no personal struggles outside of his own, but they never feel particularly urgent. The secondary characters really didn’t have the opportunity to stand out with the exception of John Allan, who serves as the story’s antagonist. The story really revolves around the idea of indulging your most artistic, imaginative, and best self– even if it’s controversial– and everything that isn’t part of that streamlined message falls (a little haphazardly) to the wayside. The story also ends in a really interesting part of Poe’s life that I wish the novel explored more.

The novel makes up for the story’s slow plot with fanciful prose. Winters has a way with words that brings Lenore’s creepy energy and the story on the whole to life in unexpected ways. On top of using Poe’s early works, the author also creates some original poetry in his style. Not being super familiar with his early poems, I sometimes didn’t know which lines belonged to which author because the mimicry was quite good.

Overall, The Raven’s Tale has a gruesome, ever-beating heart for its messages regarding artistry and a fascinating character in Lenore the muse, but it needed a little more plot and more detailed characterizations of the people around Edgar Poe. Still, if you love poetry and whimsical prose, there’s definitely something here for you!

The Raven’s Tale by Cat Winters is out now. You can snag a copy via Amazon or support your local independent bookstore via Indiebound.

Seventeen-year-old Edgar Poe counts down the days until he can escape his foster family—the wealthy Allans of Richmond, Virginia. He hungers for his upcoming life as a student at the prestigious new university, almost as much as he longs to marry his beloved Elmira Royster. However, on the brink of his departure, all his plans go awry when a macabre Muse named Lenore appears to him. Muses are frightful creatures that lead Artists down a path of ruin and disgrace, and no respectable person could possibly understand or accept them. But Lenore steps out of the shadows with one request: “Let them see me!”