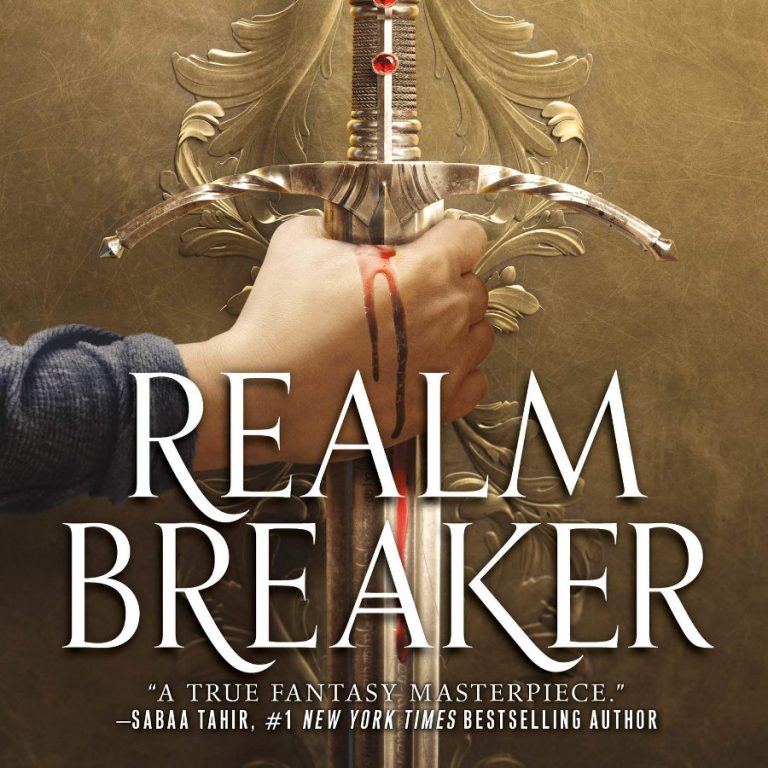 Victoria Aveyard’s Realm Breaker was a decent fantasy novel, with a great diverse cast of characters, a bit of mystery, and a great world that combines all the best fantasy tropes into one epic fantasy tale.

Realm Breaker had multiple protagonists, and each chapter contained several different people’s perspectives. Corayne, one of the characters you meet right away, is a girl who longs for adventure. She loves the ocean, but hasn’t been on any of the perilous journeys her pirate mother has told her about. Andry is a squire who witnesses a deadly attack that left many people dead. A new power emerges of Old Core, wanting to take over the lands of Allward. With the story set, Corayne learns about her lineage, and is one of the only people who can save Allward from destruction. Dom, an immortal elder, and Sorasa, an assassin, join the rag tag team of people to save Allward, with other people joining their fight near the end of the first book.

With such a huge cast of characters, it was a bit difficult at first to keep track of what was going on since perspectives switched so often that it was confusing. But as you read through it, the story came together to build a giant picture and when the characters started congregating, all the small parts coalesced into one big picture, and thus making more sense overall.

Unfortunately, the pace of the story made it difficult for me to truly enjoy. It honestly felt like the book dragged and we didn’t get to the main plot until probably close to half-way, maybe even more than half way, through. Despite this, I liked some of the characters. Queen Erida was definitely my favorite because her character progressed in a way that I didn’t expect, and it was pleasantly surprising. I’m looking forward to seeing what she does in the next book. There were some characters that were pretty plain to feel any major connection with – some of them just felt like classic fantasy trope characters, such as Sorasa the assassin or Dom the “immortal,” or elder as the books called him. It just didn’t feel unique enough for my taste.

The world itself, on the other hand had a really fun medieval feel, and I honestly loved the rag tag feeling of all the characters and the lands. It felt like I was in a far away kingdom, and I never want to return. It had a uniqueness to it because it combined so much classical fantasy, but twisted it to feel almost medieval and more epic. Since this book mostly focused on the build up, we really got to see the in’s and out’s of this world, from seas to the palace. It had a great overall fantasy feel.

If you like more fast-paced books, Realm Breaker not be the book for you. But if you’re willing to go through the slow drag of most of the book, it’s worth it. I feel as if the next book is where it’s going to really shine through, as this book felt like the contextualization for the next book. Even though a lot does happen, you are still left feeling uneasy at the end.  I am ready to see what Aveyard does next with this series.

To grab your own copy of Realm Breaker, visit any of the links below: