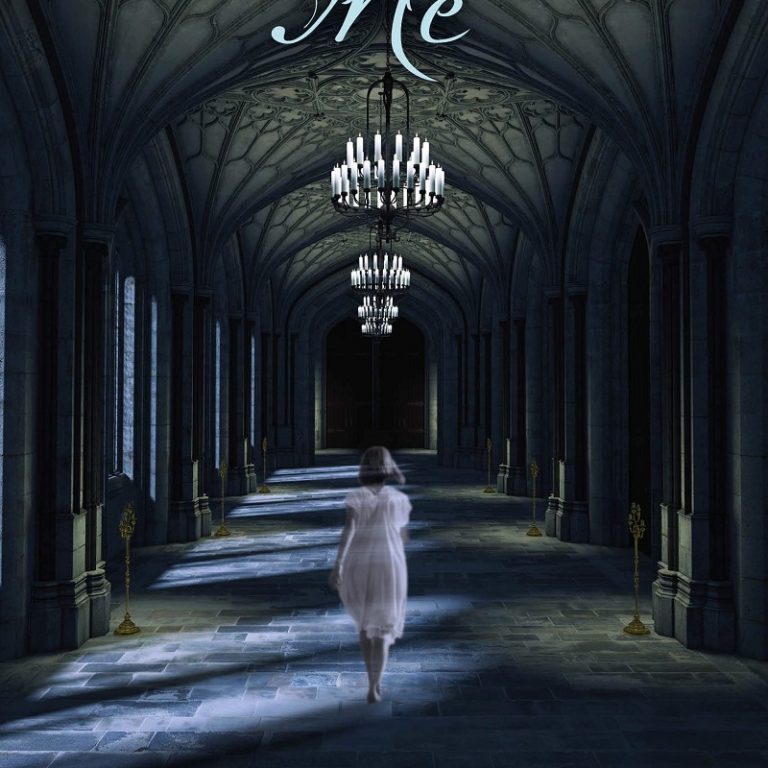 Lea and Nell live years apart, but are connected in unexpected, spooky ways in REMEMBER ME.

Lea and Nell are both staying in the Winslow Grand Hotel… but in different time periods. Lea’s saga dates back to 1907, while Nell’s story is from 2019. Remember Me‘s chapters are split between each of the young women’s perspectives, but when the girls’ tales overlap, things get creepy.

Lea’s visiting with her parents and younger brother, Benny, and she’s miserable. She is being married off to a young man she knows nearly nothing about. But he’s handsome, rich, and successful, and that’s enough for her father and mother. (Someone needs to save the family.) Lea, on the other hand, daydreams about what it would be like to chat with friends, especially about boys they have crushes on. She wants a choice, and the fact that she doesn’t have one is killing her.

Nell’s stay at the hotel is cause for celebration. Her father has been hired to run the place. She’s happy for him, but she’s also worried. It wasn’t long ago that he ended up in the hospital for being overworked at his old job–and those responsibilities pale in comparison to what will be on his plate now. Nell simply cannot lose him, too. Her mother’s death took a toll on Nell and her mental health. To add to the stress, upon arrival, Nell seems to be having a relapse. She’s seeing things others standing right next to her are oblivious to.

What stands out most to me in Remember Me is Bobulski’s ability to capture creepy, supernatural moments in such vivid, visceral ways. She creates an unknown that puts the reader right into the heart–the fear–of it. I was genuinely uncomfortable at times, which I find quite impressive. I wish there had been more focus on the spine-tingling elements in the story. Based on the advertisements for Remember Me, I expected its foundation to be the Spooky Factor. Sadly, the novel reads more like a contemporary, despite one of the protagonists living in the 1900s.

Unfortunately, my problems with Remember Me do not end with questioning its genre. For a novel written in first-person with two separate narrators, there is a serious lack of personality and depth. Lea and Nell feel like pawns in regrettable circumstances rather than three-dimensional, well-rounded characters. Lea is the bride-to-be trapped in a life she doesn’t want; Nell is the good daughter, putting her fears and problems aside for the sake of her dad. The girls are confined to a box. Where’s the spotlight on them? Where’s the room to grow?

Remember Me‘s split narration is an odd choice for me. A true connection between Lea and Nell does not surface until halfway through the novel. The reader is left learning about two individual women, waiting for an overlap. I think I would prefer reading the story with a single narrator–Nell–and incorporating Lea in another manner. For dozens of pages, it is like flipping back and forth between two separate books.

Remember Me will be on shelves August 6th, but you can preorder your copy now on Amazon or support your local independent bookstore via Indiebound.

In this eerie and suspenseful YA, a teen girl discovers what connects her to the hotel she calls home as horrifying visions lead her to the truth.

Nell Martin is moving again, this time to the Winslow Grand Hotel, built in 1878. As Nell is settling in, strange things begin to happen. Doors lock of their own accord, writing appears on bathroom walls–and most horrifying of all–visions of a dead boy permeate her waking life. Thinking it was her mind playing tricks on her, she soon finds the past and the present colliding as she learns horrific details of a murder that happened at the hotel in 1905 involving a girl named Lea.

Nell and a mysterious bellboy must relive that day in hopes of finally breaking a curse that imprisons them both. And Nell discovers what truly links her to the history of the Winslow Grand Hotel.