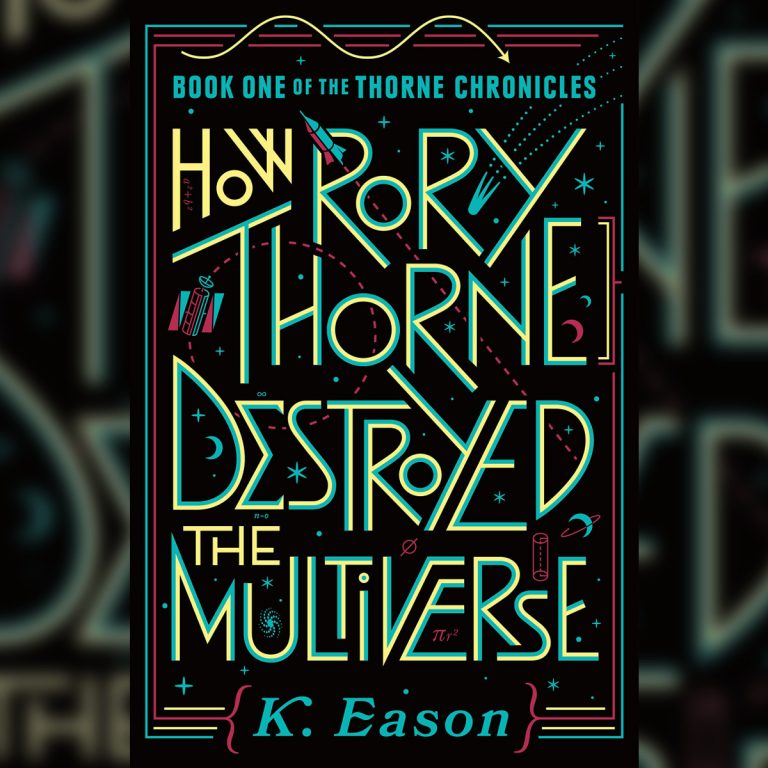 How Rory Throne Destroyed the Multiverse takes elements that would normally be difficult to mesh to create a cohesive narrative on Rory Thorne’s life.

Rory Thrones is like any other girl…if every girl was born into royalty, have 13 fairy blessings from birth, and found a conspiracy that will endanger the lives of everyone she loves. With the help of Rory’s close guards, advisers, and a reluctant boy, she will destroy the order of the multiverse.

I think this book reveals its true hero: the characters. From their interactions, we can see how they think on the spot and Rory gets to use her cool 13th gift as an edge in diplomatic meetings. I think the romance was meant to be minuscule in this book with the lack of build-up–in fact, I think the “romance” could be taken out altogether– so if you’re reading this with romance in mind, DON’T!

Another thing to commend the author for is creating this imaginative world where distant planets act as countries and arithmancy can be used to hack into digital systems and even to read feelings. However, I found the details of the planets’ standings and relations to each other confusing. Generally, the overall picture can be understood but the tiny mechanisms aren’t as thoroughly explained out as I would like.

Where the dialogue was great, the pacing was poor. There’s a pattern that I found while reading where the good and bad sections alternate so if you’re reading the slow parts the book hooks you into hoping a good part will come up soon. Also, there are strangely long sentences that are practically the length of an entire paragraph. I actually read the sentences out loud to check, and yes, you will run out of breath before you finish.

If you’re interested in humorous dialogue and a creative sci-fi world, you’ll be sure to enjoy How Rory Thorne Destroyed the Multiverse!

How Rory Thorne Destroyed the Multiverse by K. Eason comes out on October 8th, 2019. You can preorder it now via Amazon or support your local independent bookstore via Indiebound!

Rory Thorne is a princess with thirteen fairy blessings, the most important of which is to see through flattery and platitudes. As the eldest daughter, she always imagined she’d inherit her father’s throne and govern the interplanetary Thorne Consortium.

Then her father is assassinated, her mother gives birth to a son, and Rory is betrothed to the prince of a distant world.

When Rory arrives in her new home, she uncovers a treacherous plot to unseat her newly betrothed and usurp his throne. An unscrupulous minister has conspired to name himself Regent to the minor (and somewhat foolish) prince.

With only her wits and a small team of allies, Rory must outmaneuver the Regent and rescue the prince. How Rory Thorne Destroyed the Multiverse is a feminist reimagining of familiar fairytale tropes and a story of resistance and self-determination–how small acts of rebellion can lead a princess to not just save herself, but change the course of history.