Book Review: SEASON OF THE WITCH by Sarah Rees Brennan 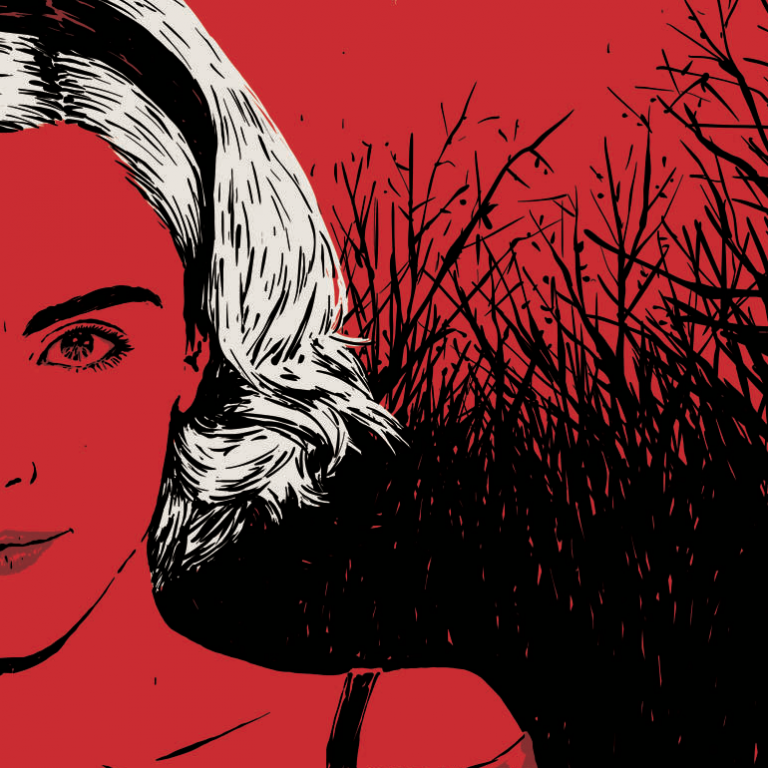 Adapting television to literature is a difficult task. Doing it well, that is a feat in and of itself. And adapting a property as well known and beloved as Sabrina the Teenage Witch doesn’t make the job any easier. Keeping that in mind, Sarah Rees Brennan does decently with her book Season of the Witch (Chilling Adventures of Sabrina #1), a book that acts as a prequel to the hit Netflix series Chilling Adventures of Sabrina (2018-).

The book explores Sabrina’s life leading up to her sixteenth birthday. In the Netflix show, her sixteenth birthday means that Sabrina, played by Kiernan Shipka, has to leave her mortal life behind her. This means abandoning her school and her friends. This decision is only complicated by Sabrina thinking that Harvey might love her. Sabrina’s cousin, Ambrose, a breakout character played by Chance Perdomo in the show, suggests a spell to discover whether or not Harvey does, in fact, have feelings for her. This plot is quintessentially Sabrina Spellman. It creates the plot that Sabrina, in all forms and mediums, does best. It takes a very human, non-magical problem, and Sabrina decides to use a magical shortcut to solve it. And, as per usual in every iteration of Sabrina’s story, something goes wrong with the magic, creating a bigger issue. From there, a morally ambiguous wood spirit gets involved, and the gang has a zany adventure trying to solve the problem that Sabrina (and Ambrose) created. Simple enough.

The book suffers from the assumption that the readers have seen the series. Some of the characters come off underdeveloped, or one dimensional, because the author relies on the reader knowing them from the show. The exception to this is the brief looks we get into their points of view, which are definite highlights to the book.

There is also an interesting, if brief, discussion of race. The show benefits from a racially diverse cast, with three of the protagonists being black (I won’t touch on the lack of other races in the series, because it is irrelevant to the plot of the book). There is attention drawn to the race of Ambrose, as well as Prudence and especially Roz. It’s a nice touch in theory, because, yay, representation, but it also almost feels forced in the book. It’s as though the book is saying “look at me! I’m diverse!” Diversity should always be present, but this just raises feels almost inauthentic, trying to replicate what the show did, but the medium hinders it from doing so.

The writing could get a bit long winded at times, trying to represent the beautiful vision of the show in writing form.  It does do a good job of switching between the light escapades of Sabrina’s mortal life, and the darker experiences of the growing influence of witches. The addition of black pages with white text for the “What Happens in the Dark” segments might be a little on the nose, but it worked.

Season of the Witch is dark and hip and fun, just like the show it’s based off of. It is creepy and sinister, without being heavy, something that is hard to pull off. The book suffered from its attempts to replicate the show’s vibe, instead of allowing it to stand on its own. Because of this, the people who will like this best are those who watch the show as well.

Season of the Witch was released on July 9th, 2019. It can be found on Amazon, Indiebound, and more.

It’s the summer before her sixteenth birthday, and Sabrina Spellman knows her world is about to change. She’s always studied magic and spells with her aunts, Hilda and Zelda. But she’s also lived a normal mortal life – attending Baxter High, hanging out with her friends Susie and Roz, and going to the movies with her boyfriend, Harvey Kinkle.

Now time is running out on her every day, normal world, and leaving behind Roz and Susie and Harvey is a lot harder than she thought it would be. Especially because Sabrina isn’t sure how Harvey feels about her. Her cousin Ambrose suggests performing a spell to discover Harvey’s true feelings. But when a mysterious wood spirit interferes, the spell backfires in a big way.

Sabrina has always been attracted to the power of being a witch. But now she can’t help wondering if that power is leading her down the wrong path. Will she choose to forsake the path of light and follow the path of night?