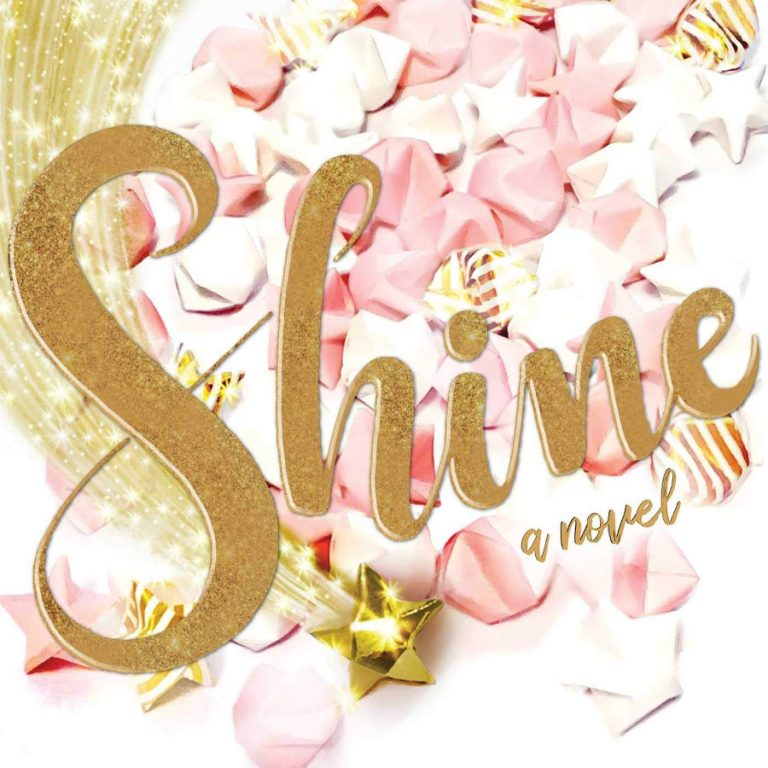 Former Girls’ Generation member Jessica Jung writes about a girl’s tale into K-pop stardom in Shine. Six years ago, Rachel Kim, a Korean-American teenager, was recruited by DB Entertainment, the top K-Pop producing company in the world. Moving from America to Korea, Rachel’s entire life is turned upside down as she becomes the outsider in this cutthroat world. But at seventeen, it’s her final chance to debut. Between her enemies, friends, family, and even love interest, Rachel stops at nothing to make sure she gets noticed by the top dogs.

I was super invested in the book, especially in wanting Rachel to become a K-Pop star. We get to see the secrets of the world and how rough it is to be a trainee. From mock interviews, constant dance and vocal practices, and even sabotaging from the other trainees. It’s insane to think that this is the real world, that these people get scrutinized all day every day. Even what they eat has to be cleared and their weight checked every so often to make sure they’re staying fit. One wrong move and you get cut from the program.

In the beginning, it was a bit hard to remember everyone because it seemed a bit packed. We had people from DB but because Rachel still goes to school, we had her classmates there as well. But once I got into the flow, they became easier to remember. What I enjoyed about Shine was that we see Rachel in training, but we get to meet people through her that have debuted. And that’s where it becomes interesting.

The story has tones of misogyny in the entertainment business. We get to see the difference between the male performers to the female performers. Especially in the music business, we see how the women are constantly measured to make sure they don’t gain weight, and have to order salads to make sure they’re viewed a certain way. Meanwhile a guy can walk in with a burger, shake, and fries and they think he’s a Rockstar. The rules also don’t apply to the two the same. If two K-Pop stars date, the woman is the one who gets in trouble while the guy is made to seem like a saint.

It was pretty frustrating seeing the injustice in the book that mirrors and reflects the real world, and I thought it was very well done. I also enjoyed the interactions of Rachel and the people and world around her. For the people, her storyline differs with each of them as she has so much to juggle. Between the constant sabotage of her enemy, to trying to please her mother, and even to trying to keep her friendships in one piece, there’s a lot going on but done very well. It never felt too much but made to feel like an actual K-Pop drama. Especially with the juicy love interest that offers twists and turns.

It was also amazing seeing the world around her, the lavish and rich lives that many of them lead. From trips to Japan for fun, and even the tour life and getting to meet fans and haters. I can honestly say that Shine is a great novel with characters, storylines, and the world itself. I could easily see it becoming a television show or a movie on a streaming service. And honestly I hope that happens because I’m kind of obsessed. There’s just one problem.

The only reason the book isn’t getting a full five stars is because of one little problem that could’ve easily been fixed. Throughout the book we get Korean words, phrases, and even characters from the alphabet. Sometimes it’ll be a word or two scattered through out a sentence. At times, when characters are texting, they’ll send a sentence with the Korean alphabet. But at one point there was a full conversation in Korean. The problem isn’t that it happened because it added that depth to the Korean world and the culture. The problem was that there wasn’t really any context clues as to what they meant. I constantly had to stop reading and look up what the words meant. And when it got to the Korean alphabet, I had to go on Twitter and ask if anyone could translate.

I wish that the back offered a page or two with translations of what they meant so that we could fully understand. But aside from that, I think Jessica Jung debuted an amazing novel that ended in the perfect way to create excitement for a sequel.

Shine by Jessica Jung will debut in stores and online on September 29, 2020! Also, the cover will stay the same, but there will be one of three different photos of the author in each of the books. Jung posted about it on her Instagram a couple of days ago:

Pre-order a copy at any of the following: