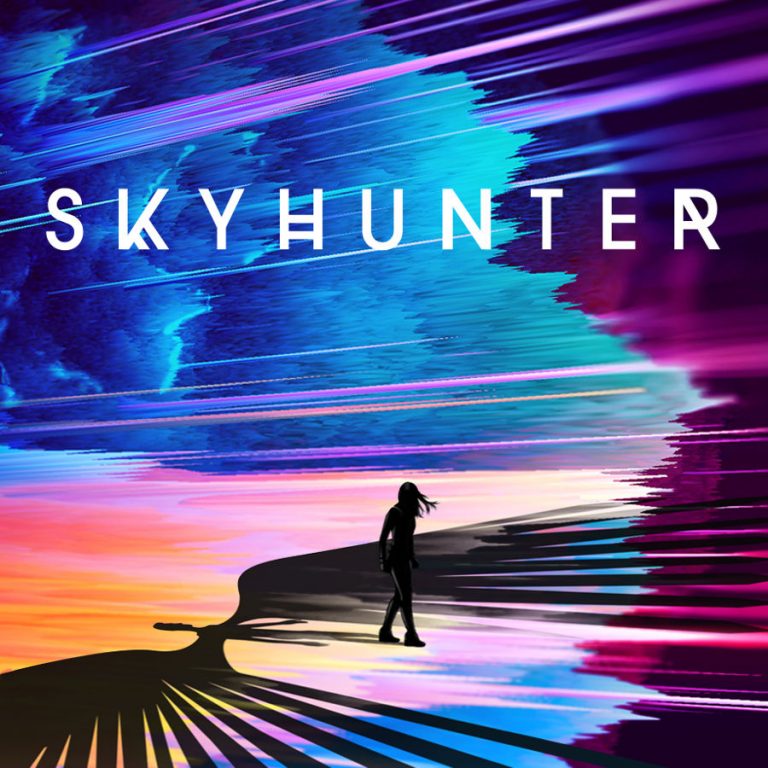 Marie Lu’s books have always been a joy to read for her characters and style of writing, and now we can add SKYHUNTER to that list as well.

One thing I can be sure of when I read a Marie Lu novel is that I have no problem reading right through it with ease. Lu always seems to make the story more forward at a good pace and characters that intrigue and appeal. Marie’s latest book, Skyhunter, the first in a planned duology, stays true to her style and the reason why her books draw so many readers.

This time, the story takes place in a dystopian/apocalyptic future, maybe even an alternate one, where much of life for humans has changed to where technology is basically only being re-learned from the ruins from when the “Early Ones,” a name for those that lived in a more technological time, that have been left behind for so many years.

In this harsh world, we find Mara, a small nation, in a losing war against their much larger neighboring Karensa federation. The soldiers of Mara battle against Karensa’s mutated monsters who were once humans, called Ghosts. But when Talin, one of the soldiers, and the only one from her home country to become a soldier for Mara, becomes much more involved in the secrets of what Karensa has in store to defeat Mara, she realizes there could be a way to defeat the invading federation.

Talin is the main protagonist of the story, and she’s a very easy person to like, what with her strong spirit and her abilities to fight as well as any other fellow soldier, despite being looked down upon because of where she came from. This fact only bolsters her likeability level, as well as those she’s close with, including her mother, yet another strong-spirited character.

Like with all of Lu’s other characters, Talin, being an elite fighter, is full of doubts about herself, but deals with them as best as she can under her circumstances. She’s not full of confidence, and she has enough opposition against her, due to her race and refugee status, for us to continue to want to root for her.

The world building in this novel is interesting in that although it’s hinted to take place in the future, long after a devastating event that destroyed much of the world at its technological peak, it’s not stated as to an exact time frame of when this takes place, and could possibly be taking place at an alternate universe. There may have been some hints at recognizable buildings or landmarks, but I was not familiar with any of them myself.

Many of the characters have their own various identities which also makes them likeable, including Talin’s fellow Striker friends like the mechanically/technologically-inclined Rooke, the sensitive and super agile Jeren and the soft-hearted Corian.

Added to that list is Redlan (Red for short), the deuteragonist, who makes his introduction in an unlikely way, and who happens to hold several secrets of his own. As he starts to open up more and more about himself with Talin, the more the reader will get to really love this character.

Of course, a story isn’t good without conflict, of which there is plenty, both within Talin’s nation of Mara, as well as with those who lead Karensa.

There are definitely a lot of things to like or dislike about each of her characters, which is why Lu’s books are so easy to get through. The action scenes also tend to help, and there are plenty of those moments as well.

Since this is a planned two-book series, a lot has to take place during this first book, and a lot does happen, as we find out more and more about Talin and Red and how they are able to find common ground with each other. It’s not such a unique situation, but how the author puts things together, no matter how common the theme may feel, she still makes the story interesting enough to where you fly through the book.

Her style of writing brings about the story very fluidly and makes it easy to imagine the world she’s built and the characters she’s created, including the monster-like Ghosts. Her description of these beings are both frightening and somber.

Marie Lu consistently puts a good deal of care into each one of her characters, and Skyhunter is no exception. They have qualities that are easily relatable for any number of readers, regardless of circumstances or place in time. It took no effort to be invested into the story, whether it be through the characters or the action or the overall dramatics. It was very intriguing and emotional and fast-paced. For that reason, Skyhunter should be considered one of the must-read books of this year.

If you haven’t ordered your copy of Skyhunter yet, you can do so through the following links:

Check out where she’ll be for her Virtual Book Tour!

Talin is a Striker, a member of an elite fighting force that stands as the last defense for the only free nation in the world: Mara.

A refugee, Talin knows firsthand the horrors of the Federation, a world-dominating war machine responsible for destroying nation after nation with its terrifying army of mutant beasts known only as Ghosts.

But when a mysterious prisoner is brought from the front to Mara’s capital, Talin senses there’s more to him than meets the eye. Is he a spy from the Federation? What secrets is he hiding?

Only one thing is clear: Talin is ready to fight to the death alongside her fellow Strikers for the only homeland she has left… with or without the boy who might just be the weapon to save—or destroy—them all.