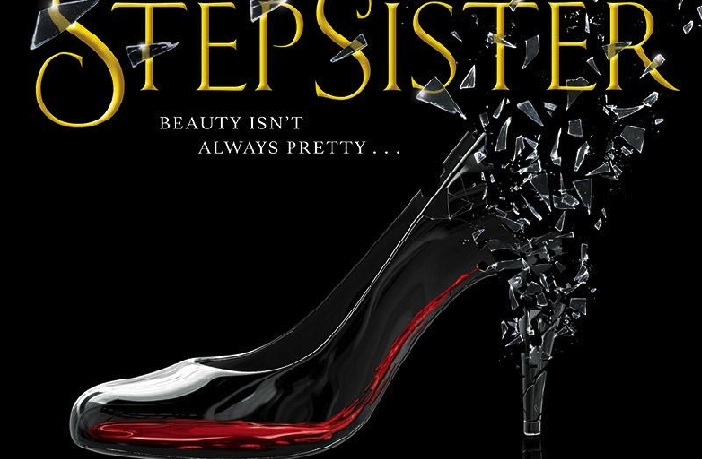 Jennifer Donnelly returns with a dark fairytale twist in her latest book, Stepsister. Donnelly’s new book follows a popular recipe of late, taking a secondary character of a popular story often a character who is antagonistic, and making them a protagonist. This story focuses on Isabelle, an “ugly” stepsister. Donnelly embraces the wonderful celebration of unconventional beauty, and fighting against the social norm.

Stepsister takes place after Ella (Cinderella) runs away with her prince, post shoe fitting. Ella leaves behind her two “ugly” stepsisters. Now, Cinderella is a tale that has been told for centuries. And rarely, if ever, have Cinderella’s two stepsisters been explored beyond anything other than stock characters who make Cinderella’s life miserable. There has been some consideration as to what happens to the ugly stepsisters and stepmother after the events of the classic tale, but they are inconsistent at best. In Donnelly’s novel, the entire family is ostracized by their town, after they discovered the cruelty of the family.

Donnelly writes the cruel actions of the stepsisters, Isabelle and Octavia de la Paumé, as a result of them being to bold and outspoken for the suppressed society of eighteenth century France. Isabelle dreams of being a warrior, while Octavia aspires towards genius and intellect. This is a point that I was hesitant about, because on the surface it feels almost as though it is excusing cruelty, however that was not the case. The story was not that of, yes, Isabelle is cruel, but it’s all because of her wounded soul, instead focusing on Isabelle’s journey of discovering her own self-worth, in that beauty is more than looks. Isabelle isn’t excused for her actions, but she is more than them. Her behavior does not condemn her to the title of evil, because she isn’t evil, she just made questionable choices do to the nature of her upbringing and the pressures put upon her.

Stepsister is decidedly not for the faint of heart, starting as early as the first scene. The story opens with the Grimm Brother’s plot, in that Isabelle cut off part of her foot to fit into the glass slipper, a jarring plot point that is often forgotten in modern retellings.  This dark and sinister setup up is continued throughout the rest of the book, and it’s quite fun to read. There is something enticing about the sinister nature of the story, and Donnelly’s beautifully written words accompany it magnificently.

The idea to make Chance and Fate personified was wonderful, and their scenes were delightful. The idea of making these larger than life concepts into people also presented Donnelly to allow her gorgeous writing style to truly shine, with dialogue that wouldn’t necessarily fit any other real characters. Because that’s what Isabelle is, strikingly and unapologetically real and relatable. Stepsister takes an underdeveloped and notorious character and fleshes her out completely, so that any reader would be able to relate to her. This is a difficult feat, but Donnelly rises to the challenge.

Stepsister by Jennifer Donnelly is a story of self-worth and empowerment and independence, a theme that is common in YA literature at the moment. Yet Donnelly stands out amongst the other stories through her intricate prose, striking characters, complex narratives, and dark themes. The book is definitely worth a read.

Stepsister was released on May 14, 2019. It can be found on Amazon, IndieBound, and more!

Isabelle should be blissfully happy – she’s about to win the handsome prince. Except Isabelle isn’t the beautiful girl who lost the glass slipper and captured the prince’s heart. She’s the ugly stepsister who’s cut off her toes to fit into Cinderella’s shoe … which is now filling with blood.

Isabelle has tried to fit in. To live up to her mother’s expectations. To be like her stepsister. To be sweet. To be pretty. One by one, she has cut away pieces of herself in order to survive a world that doesn’t appreciate a girl like her. And that has made her mean, jealous, and hollow.

Until she gets a chance to alter her destiny and prove what ugly stepsisters have always known: it takes more than heartache to break a girl.