Book Review: TARNISHED ARE THE STARS by Rosiee Thor 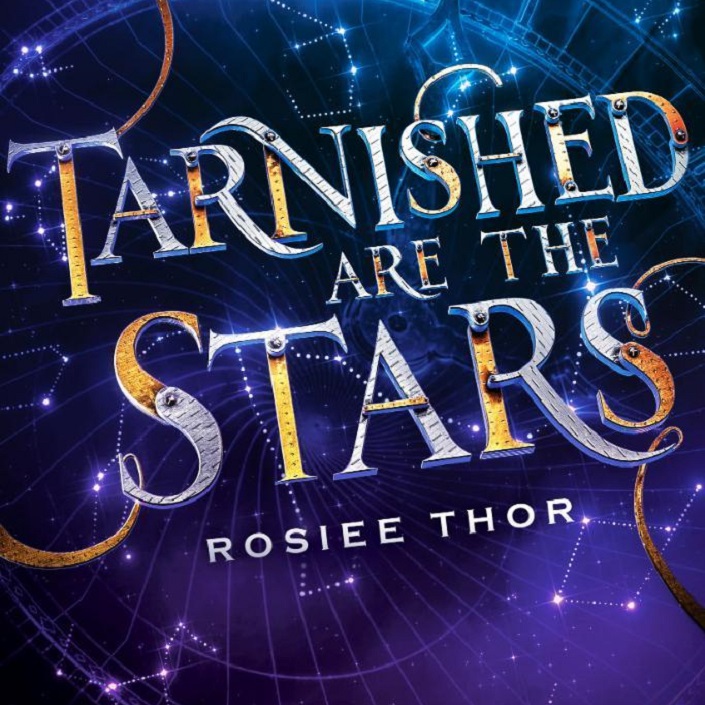 Three young adults with their own missions and secrets collide in TARNISHED ARE THE STARS.

Anna is obsessed with the nuts and bolts of things. She’s responsible for performing maintenance on those who are only alive thanks to technology. Illegal technology. While her work must remain under the radar if she’s to avoid dire consequences, she also carries the heavy weight of a mistake that will haunt her forever.

Nathaniel is the Commissioner’s son and destined to rule one day. Problem is, his father believes Nathaniel is far from up to the task. The relationship between father and son is especially strained since Nathaniel’s mother passed away. They do not speak of her. No, the disappointment Nathaniel has become is the Commissioner’s topic of choice. Nathaniel wants to prove himself worthy of his nobility by catching the biggest outlaw in the Settlement.

Eliza works for the Queen (and also fantasizes about what it would be like to wear the crown one day). She’s a skilled, loyal spy and with a desire to perfect her craft. Unfortunately, an arranged marriage to Nathaniel in order to gain information about his family is on the horizon, which throws a wrench in Eliza’s future. (And whenever she’s considered being in a committed relationship, it was always with a woman…)

Tarnished Are the Stars is written in from multiple POVs. A new chapter brings forth a voice from either Anna, Nathaniel, or Eliza. Split perspectives get tricky, in my opinion, once there are more than two narrators. And considering Tarnished Are the Stars also has a brand-new world to build, it is tough keeping track of the characters and events for a while. There is too much information to process all at once.

I kept going back and forth with the novel. Just when I’d finally be sucked into the story, it would sort of fizzle out. My interest was not permanently held throughout the pages. Some of the tale also felt familiar, and not in a positive way. There were clichés that seem prominent in many sci-fi/fantasy novels. I admit, I was a little underwhelmed by the overall arc.

That said, I did find moments of enjoyment out of the novel. Specifically, the main characters. They were worth getting to know. I was also very pleased with the queer representation in Thor’s writing, and that its inclusion felt organic. I have not seen that done well in many YA novels.

Tarnished Are the Stars lights up shelves on October 15th, but you can pre-order a copy now via Amazon or IndieBound.

The Lunar Chronicles meets Rook in this queer #OwnVoices science-fantasy novel, perfect for fans of Marissa Meyer and Sharon Cameron.

A secret beats inside Anna Thatcher’s chest: an illegal clockwork heart. Anna works cog by cog — donning the moniker Technician — to supply black market medical technology to the sick and injured, against the Commissioner’s tyrannical laws.

Nathaniel Fremont, the Commissioner’s son, has never had to fear the law. Determined to earn his father’s respect, Nathaniel sets out to capture the Technician. But the more he learns about the outlaw, the more he questions whether his father’s elusive affection is worth chasing at all.

Their game of cat and mouse takes an abrupt turn when Eliza, a skilled assassin and spy, arrives. Her mission is to learn the Commissioner’s secrets at any cost — even if it means betraying her own heart.

When these uneasy allies discover the most dangerous secret of all, they must work together despite their differences and put an end to a deadly epidemic — before the Commissioner ends them first.