Book Review: THE CANDLE AND THE FLAME by Nafiza Azad 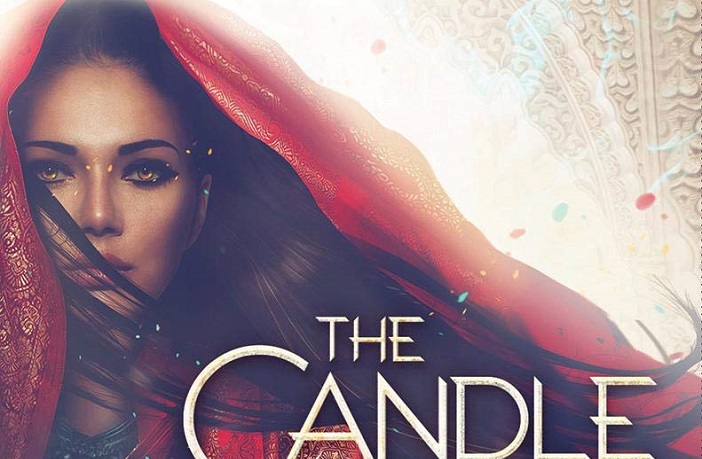 Another name to the ever expanding young-adult fantasy genre, The Candle and the Flame by Nafiza Azad situates itself snugly into its folds with a strong lead and great use of the supernatural.

In the arid desert of the city of Noor, a young girl is not who she seems. Fatima lives a normal and humble life as a mail courier with her strict adoptive sister, Sunaina, maneuvering through the labyrinth of Noor’s bustling bazaars. For a brief rest, Fatima would relax in the quiet bookstore owned by Firdaus, an Ifrit whose race is so intertwined with fire that their true form is the shapeless smoke. But after a disastrous delivery one day, Fatima must come to terms of her new identity and the role she must play in preventing a dangerous threat from destroying everything she loves.

The lead character of The Candle and the Flame is a standard young-adult book heroine. Tragic backstory (check), coming into a special power (check), and in a “forbidden” romance (check). Nothing about the characters really attracted me, but neither did they repel me. What I did enjoy was the setting and the cozy feelings some scenes were able to elicit from me. Yes, I admit I couldn’t remember or understand a third of the words in here, but the visual of a person just lounging in the afternoon sun, a hand clutched around a cup of chai and a mouth full of sweet mithai needs no explanation. The feeling of lazy satisfaction is universal. Personally, when a writer is able to depict mundane, domestic scenes as fascinating or familiar, they usually get bonus points in my head.

However, to balance out the positive, the characters’ behaviors are so contradictory of how they presented themselves. For example, Fatima is described by Sunaina to be a quiet person who would rather suffer in silence than purposefully hurt another. But in one scene, Fatima is angry but she is surrounded by unfamiliar high-positioned people and setting. Instead of doing what I expected of her from reading thus far, which is gritting her teeth and baring it, she demands these people to provide her with sustenance and clothing. Then, immediately following the tension-filled conversation with a man Fatima does not like, she just starts to eat heartily like nothing’s wrong. What the heckity heck is going on here? How is she so comfortable eating in front of these strangers when she was just butting head with one of them before? How is this the silent Fatima her sister described?

In terms of the world-building, I enjoyed the unique premise of the Djinn and the mutual benefiting each race receives from the other. I love the rich infusion of culture and the fact that it takes place along the Silk Road. I just wish Azad focused a bit more on the culture and how that shaped the people there. What makes Noor a gleaming gem even with the hidden dangers only a local knows how to maneuver around?

The Candle and the Flame shows how a book can be a blend of good and bad, bland and spicy, ying and yang, etc., etc. Where the standard characters may cause a plethora of yawns, the promise of an intriguing journey hints ahead, dragging even the most reluctant readers along for the ride.

The Candle and the Flame comes out on May 14, 2019. You can preorder it now via Amazon or support your local bookstore via Indiebound.

Fatima lives in the city of Noor, a thriving stop along the Silk Road. There the music of myriad languages fills the air, and people of all faiths weave their lives together. However, the city bears scars of its recent past, when the chaotic tribe of Shayateen djinn slaughtered its entire population — except for Fatima and two other humans. Now ruled by a new maharajah, Noor is protected from the Shayateen by the Ifrit, djinn of order and reason, and by their commander, Zulfikar.

But when one of the most potent of the Ifrit dies, Fatima is changed in ways she cannot fathom, ways that scare even those who love her. Oud in hand, Fatima is drawn into the intrigues of the maharajah and his sister, the affairs of Zulfikar and the djinn, and the dangers of a magical battlefield.

Nafiza Azad weaves an immersive tale of magic and the importance of names; fiercely independent women; and, perhaps most importantly, the work for harmony within a city of a thousand cultures and cadences.