Book Review: THE DECEIVER’S HEART By Jennifer A. Nielsen 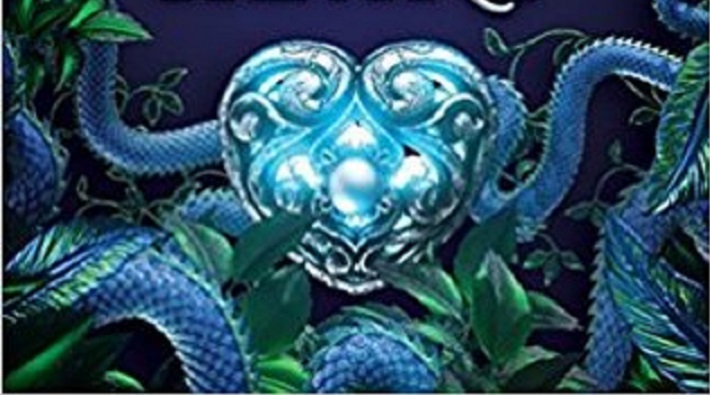 Jennifer A. Nielsen returns to the world of The Traitor’s Game with its highly anticipated sequel The Deceiver’s Heart. I was excited to get a chance to return to the story of Kestra Dallisor, and couldn’t wait for the opportunity to learn more about both her and the supporting characters.

While the first book was nothing extraordinary, I found myself anticipating the newest chapter of Nielsen’s story. In my review for The Traitor’s Game, I noted how Kestra failed to stand out among other heroines. Unfortunately, The Deceiver’s Heart continues the trend of being upsettingly average. But I’m getting ahead of myself.

The Deceiver’s Heart once again follows Kestra’s visit to the royal court, where she is, once again, torn between what she knows and is comfortable with, and her heart and the rebels. While Kestra navigates this “complex” political landscape, she is also untangling her feelings for Simon, a plot that was established in the first book. Nielsen uses a relatively tired plot point involving amnesia to allow her to reexplore many of the events and unravel much development of the previous installment. This repetition, leading to an intense feeling of déjà vu, was one of the stories biggest downfalls. The second biggest letdown were the things that felt obligatory. There were obligatory love triangles, obligatory miscommunications with calamitous consequences, obligatory political twists. The world building was also infuriatingly expected, but I will get to that later.

What The Deceiver’s Heart excelled at, especially when compared to the first book, was actually including a decently compelling plot, and allowing it to drive the story. The plot felt exciting and, if you disregarded the obligatory drama, it was easy to become entranced. The character development was strong, and you could see the growth (although much of that growth had happened prior; damn amnesia).

Kestra does seem to have expanded her priorities beyond just Simon. The internal struggle was enjoyable to watch, as well as seeing her fight the influence of both sides vying for her in order to make her own decision. Simon’s point of view was a welcome reprieve to the dichotomy of Kestra’s mind, and helped the reader get some perspective. The voices of the two narrators were more distinct in this book, and therefore less jarring when the point of view switched.

The world building of the story is what really let me down. I am a sucker for world building, and that has only been exacerbated by a class I am taking this semester called Creating Imaginary Worlds. I love it, and I love them. I love the idea of another universe or society that has honest and clear and established systems in place. I was a fan of the worldbuilding in The Traitor’s Game because it felt  as though the world existed outside of the book. While that feeling continued in this book, what that world consisted of was lacking. The world of The Deceiver’s Heart suddenly felt as though it were a generic fantasy land, with an unspecified magic system, and unclear technological ability and potential.

What is frustrating is that the plot and the characters and the story in general have the potential to be so wonderful, and yet the story ends up so expected. My original complaint about Kestra now extends to the rest of the book; nothing distinguishes it from the masses. The book was interesting enough, but there was nothing that would make me choose it over the plethora of other books on my shelf. The Deceiver’s Heart was aggressively okay, but, like its predecessor, it mostly set up the following novel, instead of standing on its own.

The Deceiver’s Heart is out February 26, 2019. It can be found on Amazon, IndieBound, and more!

Critically acclaimed author Jennifer A. Nielsen delivers the gripping second installment of her New York Times bestselling epic young adult fantasy.
In this sequel to the instant New York Times bestseller The Traitor’s Game, Kestra Dallisor has finally gained possession of the Olden Blade. With the dagger in her control, she attempts to destroy the tyrannical Lord Endrick. But when Kestra fails, the king strips her of her memory, and leaves her weak and uncertain, bound to obey him. Heartbroken, Simon is desperate to return Kestra to the rebel she was, but refuses to use magic to heal her. With untrusting Coracks and Halderians threatening to capture and kill her, and war looming on the horizon, Kestra and Simon will have to learn to trust each other again if they have any hope of surviving. But can a heart once broken ever be healed?

The Deceiver’s Heart marks a stunning return to Jennifer A. Nielsen’s gorgeously rendered world of Antora and all its treachery and magic.