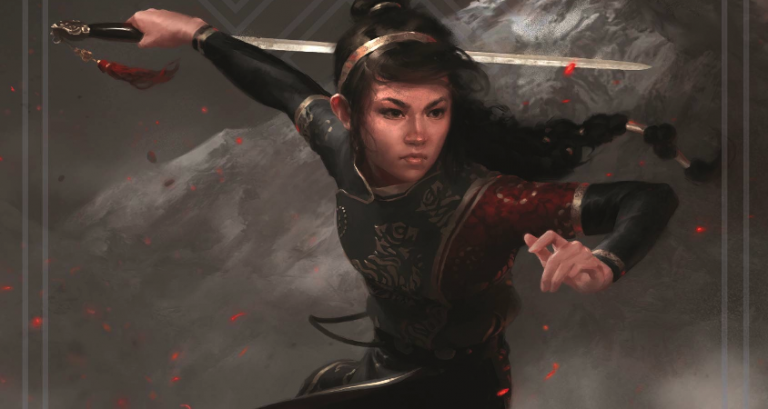 Princess Lu was supposed to be the Empire of the First Flame’s first empress. Her sister Princess Minyi was meant to live out her days as a loyal member of the royal palace. Instead, their father chooses their horrid cousin Set as his heir and decrees that Lu shall be his bride. When Lu challenges Set, she finds herself running for her life instead. Along the way she meets Nokhai, the last of an ancient shapeshifter race that was decimated during Lu’s grandfather’s reign. Though Nok hates the royal family and all they’ve done to his people, the two are soon entangled in a life-or-death race to save the kingdom from Set’s dark plans.

Meanwhile, Min has been left abandoned within the influence of Set and the girls’ vicious mother. She wants to trust their plans to reform the empire, but still feels connected to Lu. At the same time, her reeling emotions lead her to discover a new power (or perhaps curse) hidden within her very soul– One that could change the world. Now Set’s dreams rest on her shoulders as Lu and Set race to find a hidden land of gods and strange magic suspended in time and between worlds.

The Girl King is a little lengthier than your average YA book, but this story moves. After a few chapters introduction and worldbuilding, the obstacles and missions begin. Though Lu and Nok follow a much more action-oriented path than Min, the intrigue rarely stalls out because the younger sister is waist-deep in unexpected powers and royal politics.

An unapologetic warrior realizing the errors of her family’s ways as she moves across their empire, Lu is a worthy character who will do what she must to change the world. While her trajectory (a girl who is doubted, scorned, and forced to prove her worth) isn’t necessarily fresh, she’s fun to follow. With conflicting allegiances, a wild power all his own, and a much softer heart than Lu, Nohkai is pretty fascinating. Together, Lu and Nok have a less intense Katniss and Peeta vibe that I appreciated. Minyi is a little harder to swallow because she’s younger and much more naive, but her character is very realistic in that sense. You want to simultaneously strangle her and protect her (until maybe you don’t).

The best facet of the novel is the worldbuilding, which is rich and in-depth from the get-go, but also builds as the story builds. The characters’ dispositions are in large part because of the rich world built around them– its history, traditions, and unique eccentricities. Every character has a backstory caught up in the circumstances of the world, whether or be a power or a connection to an ancient magic, and it really brings them to life. The settings are drenched in detail, painting a gorgeous picture as we go.

My major hangup with this novel had to do with pacing. By the end of the novel, I felt like I had read a book and a half. Lu, Min, and Nok’s journey felt like it could have been told in one novel with maybe 100 more pages and some existing scenes trimmed down. Instead, this is the first in a two-book series… but the main antagonist and the mythical universe that the entire first book revolved around are already largely out of play. It feels like an unnecessary leap to meet duology hype.

Still, if more story is going to be told, we’re interested in seeing what goes after witnessing the intense transformation of these two sisters as they both set to do what <em>they</em> think best for their empire. We just wish we could have read it all in one go and hope book 2 can offer the same richness with seemingly so little plot left.

The Girl King is available in stores and online now. Snag a copy via Amazon!

Two sisters become unwitting rivals in a war to claim the title of Emperor in this sweeping tale of ambition, sacrifice and betrayal for readers of Sabaa Tahir and Alwyn Hamilton.

All hail the Girl King.

Sisters Lu and Min have always understood their places as princesses of the Empire. Lu knows she is destined to become the dynasty’s first female ruler, while Min is resigned to a life in her shadow. Then their father declares their male cousin Set the heir instead—a betrayal that sends the sisters down two very different paths.

Determined to reclaim her birthright, Lu goes on the run. She needs an ally—and an army—if she is to succeed. Her quest leads her to Nokhai, the last surviving wolf shapeshifter. Nok wants to keep his identity secret, but finds himself forced into an uneasy alliance with the girl whose family killed everyone he ever loved…

Alone in the volatile court, Min’s hidden power awakens—a forbidden, deadly magic that could secure Set’s reign…or allow Min to claim the throne herself. But there can only be one Emperor, and the sisters’ greatest enemy could turn out to be each other.