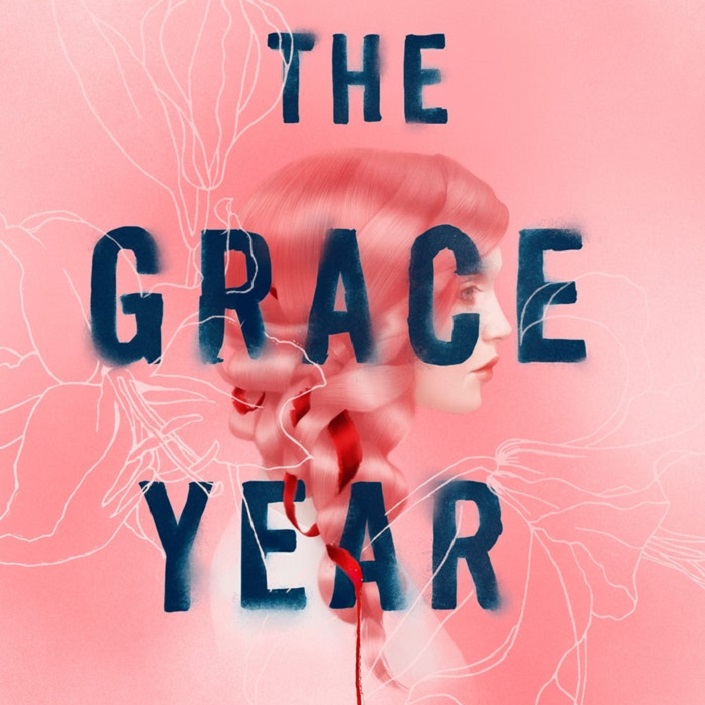 With comparisons of The Handmaid’s Tale and The Hunger Games all abuzz and a movie option already in place, it seems like The Grace Year by Kim Liggett is here to water our crops, clear our skin, perform miracles, AND smash the patriarchy, right? Well, let’s just say it’s a start!

Tierney James’ tomboyishness has always toed the line in strict, puritanical Garner County, but at 16-years-old, she’s just days away from an important impasse: The grace year. Garner County houses an extreme patriarchal society where girls are believed to come into a seductive magic at age 16– Magic that makes them unholy, deviant creatures. During their grace year, each girl who’s just become of age is swept away from society. They live together in a secluded camp, where they “burn away their magic” and any “spirited” personality traits, while they’re at it. Tierney doesn’t exactly know how it happens, of course, because no one is allowed to talk about the grace year. It’s a rite of passage and a forbidden topic all at once.

Tierney hopes to get through the dreaded year as quietly as possible and return to the county to serve as a farm worker rather than a wife, but with no consequences and the darkest of intentions inside and poachers desperate to collect the “magical” flesh of grace year girls just outside the walls, the world becomes much more complex than she ever imagined.

The world building is intense, creating context and helping themes fall in place early on. Liggett does a great job establishing the characters and their community without turning it into an info dump. However, the novel really hits its stride when the girls are left to their own devices. Sure, drama is expected, but what’s happening is far beyond that. Without spewing out all the shocking details, let’s just say that the worst traits of human nature– cruelty, betrayal, desperation, wild superstition– are quick to come to the forefront. Surviving the grace year isn’t about surviving the elements. It’s about surviving each other.

I wasn’t able to give this book a full five stars because the midsection sagged a bit. The fraught relationships between the girls are fascinating, so I was disappointed that the author chose to pull readers away from that for a chunk of time in lieu of a romance that felt forced. It was a means to an end and while I didn’t hate the other character involved but frankly, I didn’t feel true chemistry there either. If the relationship felt more developed and genuine, it could have felt really important, but it never got there for me. Tierney also spends a fair amount of time wandering alone in this same section, which is largely setup and not nearly as enjoyable as her interactions, even with discoveries to be made. It’s not without its merits, but the story is at its best when Tierney is in the midst of chaos.

Despite those qualms, I found the messaging in The Grace Year heart-wrenching and extremely effective. It takes a dark dive into confronting how patriarchal society grooms young women to think about themselves and each other. It talks about the way women break each other down and aid in their own subjugation by holding themselves to wild standards that men would never be expected to maintain. There’s power in confronting these dark undercurrents in society’s structure, though I wish there was more clear-cut intersectionality to it (to be fair, Liggett doesn’t give physical descriptions for many of the characters and she may imagine many as non-white, but the lack of description mixed with the puritanical vibe of the country made it feel overwhelmingly white.)

Though there are enough hints that you may be able to guess the twist at the ending, the execution was still pretty flawless and really changes the full picture of this duology. I’m seriously looking forward to seeing what book 2 has to offer in this intense, heartfelt duology!

The Grace Year hits shelves on October 8, 2019. You can preorder it now via Amazon or support your local independent bookstore via Indiebound!

In Garner County, girls are told they have the power to lure grown men from their beds, to drive women mad with jealousy. They believe their very skin emits a powerful aphrodisiac, the potent essence of youth, of a girl on the edge of womanhood. That’s why they’re banished for their sixteenth year, to release their magic into the wild so they can return purified and ready for marriage. But not all of them will make it home alive.

Sixteen-year-old Tierney James dreams of a better life—a society that doesn’t pit friend against friend or woman against woman, but as her own grace year draws near, she quickly realizes that it’s not just the brutal elements they must fear. It’s not even the poachers in the woods, men who are waiting for a chance to grab one of the girls in order to make a fortune on the black market. Their greatest threat may very well be each other.

With sharp prose and gritty realism, The Grace Year examines the complex and sometimes twisted relationships between girls, the women they eventually become, and the difficult decisions they make in-between.