Book Review: THE KINGDOM OF BACK by Marie Lu Takes us on a Lyrical Journey to a New World 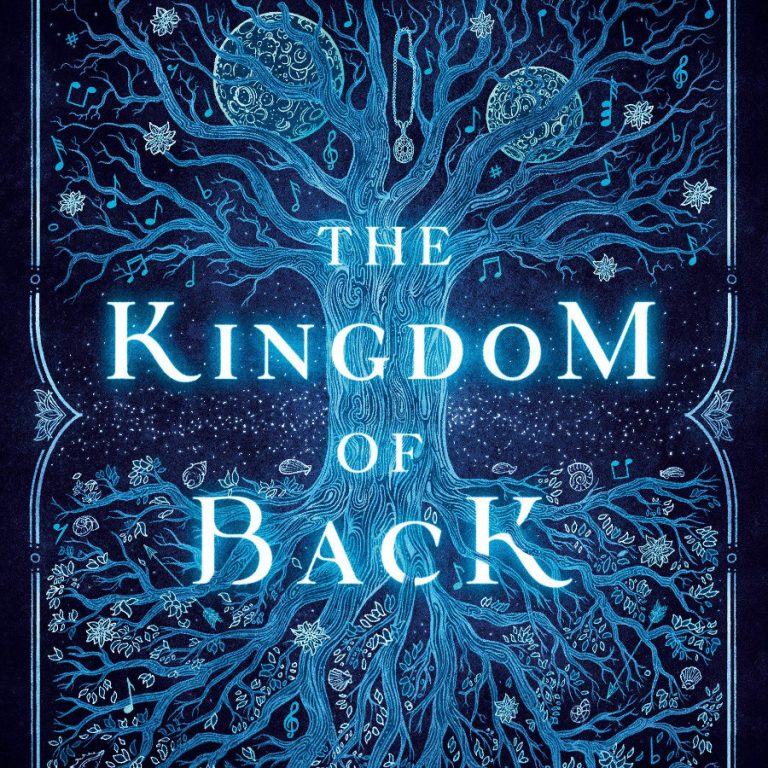 Marie Lu mixes fact and fiction with her fantastical story in The Kingdom of Back.

Young prodigy, Nannerl Mozart wants to be remembered forever. She plays the piano beautifully and relishes performing for captivated audiences. Composing music is a passion for Nannerl, but as a girl living in the eighteenth century, she must do so in secret. Her younger brother, Woferl, also shows remarkable musical abilities much to their father’s delight. They tour the country, performing for royals and dignitaries. Nannerl’s father has made it perfectly clear that she will only be allowed to perform until she turns 18. At that point she is expected to get married and start a family of her own. As a child, a mysterious boy, Hyacinth, appears to Nannerl and reveals another world, the mirror opposite of her own. He offers her a wish to make her dreams come true, but the cost might be too high to pay.

I love how Marie weaved together historical people and events with fantasy and imagination. Wolf Amadeus Mozart is one of the most famous composer’s in history, but it’s wonderful to read a story of his lesser-known sister and imagine what her life could have been like.

I’ll admit, it took me a bit to connect with this story, but as it progressed I found myself looking forward to reading what came next. The story takes place over several years, beginning with when Nannerl is eight. It was great to see her grow up alongside her brother and how their relationship changed as the years went by. Her jealousy of her brother is one of the driving forces that lead her to the Kingdom of Back, a magical world where she first meets Hyacinth. I did enjoy the complexities of their relationship; even though there is some envy and jealousy, Nannerl can’t help but love and care for Woferl. In my opinion, the familial bond was the best part of the story.

The historical aspect of the story was very realistic. The limitations and hurdles of being a girl living in the eighteenth century are depicted accurately. Girls may only do what is appropriate by society’s standards and their only ambition should be to finding a husband when they become of age.

Compared to Marie’s other books, this felt a little two-dimensional. The fantasy aspect of the story was not as fleshed out as it could have been. I would have liked to see Nannerl and Woferl spend more time in the Kingdom of Back and learn more about the other world. As the story progressed, I found myself engrossed in the mysteries of this world, but I still had so many questions when all was said and done.

The Kingdom of Back is a tale full of music with a hauntingly lyrical tone. The fact that this story was inspired by true events and the magical world was based on a game the Mozart children would play is quite fascinating. If you’re a fan of Marie Lu, or of music, or historical fiction and fantasy, you need to give this book a chance. I, myself, will continue to look forward to reading more Marie Lu in the future.

The Kingdom of Back is out now, grab your copy today via Amazon, Barnes and Noble, or Indiebound.

Two siblings. Two brilliant talents. But only one Mozart.

Born with a gift for music, Nannerl Mozart has just one wish–to be remembered forever. But even as she delights audiences with her masterful playing, she has little hope she’ll ever become the acclaimed composer she longs to be. She is a young woman in 18th century Europe, and that means composing is forbidden to her. She will perform only until she reaches a marriageable age–her tyrannical father has made that much clear.

And as Nannerl’s hope grows dimmer with each passing year, the talents of her beloved younger brother, Wolfgang, only seem to shine brighter. His brilliance begins to eclipse her own, until one day a mysterious stranger from a magical land appears with an irresistible offer. He has the power to make her wish come true–but his help may cost her everything.