Book Review: THE LIFE BELOW by Alexandra Monir 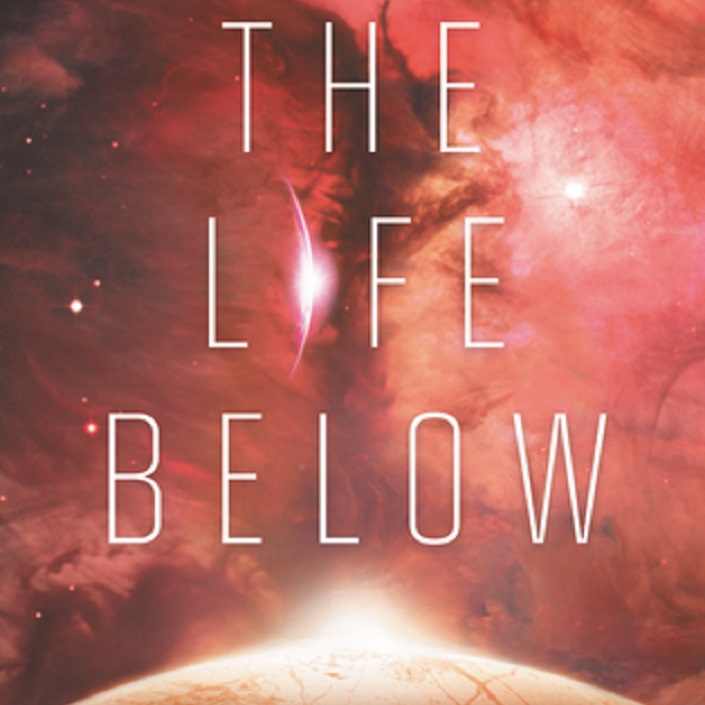 I have never had any desire to become an astronaut, but if there’s any possibility of alien detection, exposure of government conspiracies, and a little bit of romance, I might rethink that decision.

The Life Below picks up right where its predecessor The Final Six left off. Naomi is soaring into space preparing to pioneer Europa, while Leo is on Earth working with Dr. Greta Wagner to save the Final Six, and make his way back to Naomi.  The Life Below continues with our main characters trying to uncover the mystery of what hides on Europa for our Final Six explorers. To say that this book takes off, pun intended, would be a good way to describe it. Unlike how the first book left you with more questions, this book gives the reader multiple mysteries to solve including the possible discovery of extraterrestrial life. The chapters bounce between both Naomi and Leo’s perspectives, each one finding answers that would aid the other, but they still live with the possibility of never seeing each other again.

We were able to see a little more of Naomi and Leo in book two. With space, —yes, this pun is also very much intended,— between the two characters, I got to see more of what drove them. I genuinely enjoyed reading the chapters in Naomi’s perspective. She’s constantly searching for the truth, while still caring for, and assisting the other members of the Final Six. She’s never looking for a fight, but she isn’t afraid to throw a few verbal punches when the occasion arises. We even still get to see her relationship build with her brother, Sam, even though they are worlds apart. It’s interesting to see her character grow away from Leo, and form other relationships with her crew.

Leo, however, still seems a little bit one-sided. Even after finishing book two, I still feel like I know very little about Leo. The only idea that really seems to drive him is Naomi. We do get to see a little more of Leo’s personality as he fights to help Dr. Wagner and her crew (which included some familiar faces) get him to the Final Six and give them the pivotal pieces they need to complete their mission, but he still seems just a little simple. Leo has a lot of potential, but he is almost too blinded by his need to get Naomi back that it’s difficult to figure out if there is anything else to him.

The majority of the book takes place on two different spacecrafts, so the story and the mystery of Europa is what really keeps you reading. The author does an okay job with her world building and her idea of space, but as the characters often say, there isn’t much more than darkness. As the characters make it further into space, a little more is revealed, but at some points the world building just seems rushed, and for a bunch of kids who have never experienced space before, I was hoping for a little more awe and wonder.

The Life Below definitely moved faster, and was a little more intriguing than The Final Six, but it still felt like it was missing that air of foreboding that a book about the end of Earth should carry. There were more ideas, however, that drove the plot in book two. The author sprinkled in a little mystery, splashed in the continuous impending doom of Earth, and with the added idea of alien discovery the book definitely keeps you reading.

The Life Below will be released on February 18, 2020. You can preorder it now via…

As Naomi lifts off into space and away from a rapidly deteriorating Earth, she watches the world fade away, and along with it Leo, a Final Six contestant she grew close to during training. Leaving Earth behind is hard, but what’s ahead, on Europa, could be worse. The International Space Training Camp continues to hide the truth about what happened to the last group of astronauts who attempted a similar colonization but failed mysteriously. With one shot—at this mission and to Europa—Naomi is determined to find out if there is alien life on Europa before she and her crew get there.

Leo, back on Earth, has been working with renegade scientist Dr. Greta Wagner, who promises to fly him to space where he can essentially latch on to Naomi’s ship. And if Wagner’s hypothesis is right, it isn’t a possibility of coming in contact with extraterrestrial life on Europa—it’s a definite. With Naomi unaware of what awaits, it’s up to Leo to find and warn her and the others.

With all the pieces of their journey finally clicking into place, everything else starts to fall apart. A storm threatens to interfere with Leo’s takeoff, a deadly entity makes itself known to the Final Six, and the questions the ISTC has been avoiding about the previous failed mission get answered in the worst way possible. If the dream was to establish a habitable domain on Europa… the Final Six are about to enter a nightmare.