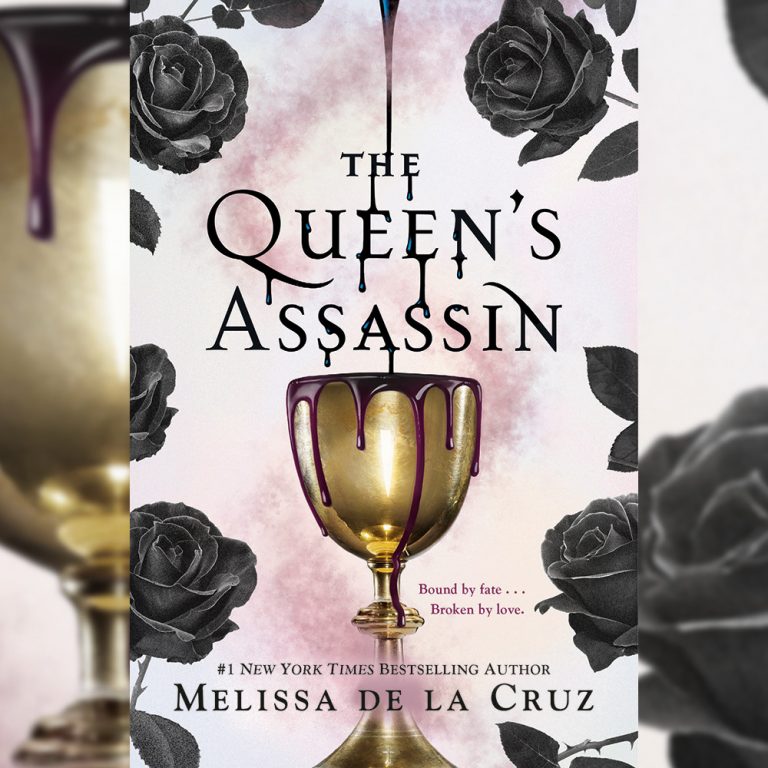 A hot-headed assassin and a girl who was born with magical powers come together in this fantasy of intrigue and plot twists to bring down a threat to their country of Renovia in Melissa de la Cruz‘s The Queen’s Assassin!

Caledon Holt, the hot-headed assassin, is sworn to the Queen and is known as the Queen’s assassin. Shadow, the girl who possesses magic, was raised by some members of an elite group sworn to protect magic called the guild. When their paths intertwine, they both realize firsthand the dangers they have to face. How long will their secrets stay safe?

Caledon, one of our main characters, is a very typical male perspective you’d see in a book written by a female. Don’t get me wrong; I liked the character. I wish he was more masculine. Overall, I thought his side story about being sworn to the Queen until he finds the Dead Sea Scrolls to be a little bit confusing at times. It was barely mentioned, but seemed to be this vast underlying plot that made no sense to me.

Our other main character, Shadow, was a bit better. She had layers. I liked how she wasn’t just black and white but very gray. One moment she could be badass, and the next start being very prim and proper. Some people don’t care about that, but I think it adds a layer of accuracy because we aren’t one-sided. I didn’t like her ending, but I liked her through most of the book. Her ending just fell flat.

Would I recommend this book to anyone? Probably not. Unless you are a massive fan of trashy YA books that are way too similar to staples in the fantasy YA community like Throne of Glass and Red Queen. I thought this book took way to many elements from these books, making it feel bland and unoriginal. If you like copy and paste style books, this one is for you.

Overall, I think this book is something that is easily forgettable and has nothing going for it. Did I enjoy it? Yes and no. Towards the middle, I got sucked into the story because I’ll read anything similar to Throne Of Glass. But after reading, you realize what an utter waste of time it was. The romance was flat and super weird, the characters were either too dull or just not prevalent to the plot, and the story was just a tiny bit boring.

The Queen’s Assassin is available now via Amazon, B&N, and Indiebound. You can also listen to the audiobook via Audible.

Caledon Holt is the Kingdom of Renovia’s deadliest weapon. No one alive can best him in brawn or brains, which is why he’s the Guild’s most dangerous member and the Queen’s one and only assassin. He’s also bound to the Queen by an impossible vow–to find the missing Deian Scrolls, the fount of all magical history and knowledge, stolen years ago by a nefarious sect called the Aphrasians.

Shadow has been training all her life to follow in the footsteps of her mother and aunts–to become skilled enough to join the ranks of the Guild. Though magic has been forbidden since the Aphrasian uprising, Shadow has been learning to control her powers in secret, hoping that one day she’ll become an assassin as feared and revered as Caledon Holt.

When a surprise attack brings Shadow and Cal together, they’re forced to team up as assassin and apprentice to hunt down a new sinister threat to Renovia. But as Cal and Shadow grow closer, they’ll uncover a shocking web of lies and secrets that may destroy everything they hold dear. With war on the horizon and true love at risk, they’ll stop at nothing to protect each other and their kingdom in this stunning first novel in the Queen’s Secret series.