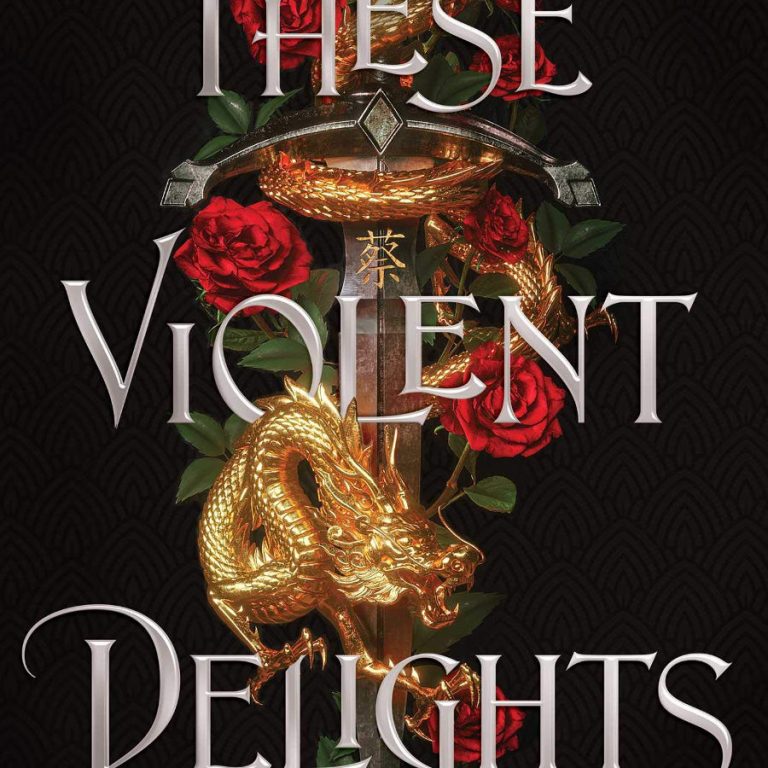 These Violent Delights puts a fantastical twist on the classic tale of Romeo and Juliette.

I always love reading books based on beloved tales, and These Violent Delights by Chloe Gong was no exception. The novel mainly follows the adventures of Roma and Juliette. Childhood lovers who were ripped apart due to circumstance and hate. This story however picks up years later, where both Roma and Juliette are engrossed in their own lives, and no longer in each other’s. They are both the heirs to the rival gangs of Shanghai during the 1920s which oozes with crime, corruption, and political unrest. As they navigate the business of their day to day lives, however, members of each gang begin to drop dead. Each one ripping out their own throats with their bare hands. As the deaths rise and the numbers of their gangs dwindle, Roma and Juliette decide to work together against their better judgment in an attempt to save their city, their gangs, and their legacies by solving the mystery of the monster of Shanghai.

These Violent Delights primarily bounces between the perspectives of Roma and Juliette. Juliette is a strong, powerful woman who is trying to prove herself in a male dominated business. She fights to be uncaring and unforgiving doing everything she can not to reveal weakness, so that the men around her will not prey on her insecurities and emotions. Much like Juliette, Roma is also fighting to prove himself, but instead to his father. Due to his past, Roma is seen as weak and gentle, everything a member of a lethal gang should not be. He wants to do what’s right rather than what’s asked of him. Roma thinks with his heart rather than Juliette who thinks with her head. Their characters complement each other, and keeps the novel dynamic and interesting.

There are also a few other characters whose perspectives bounce in and out of the novel. Roma’s two best friends frequent the pages. One a stable, level headed man who thinks through things sensibly, and the other a bold and daring man who must hide the people he loves from the judgement of the people of Shanghai in fear for his life. The other two characters who make many appearances are Juliette’s cousins. One a loud and colorful woman who puts herself first and is there for her sister, but is not willingly to risk herself for Juliette’s whims. The other is a straight-laced woman who will do anything for Juliette, and is hiding a secret that could mean her life if it comes to light. These Violent Delights is extremely character driven. Each character adding their own perspective to the unfolding mystery. I do wish I could have gotten to know the secondary characters more, and seen more of them, but I believe their stories will continue to unravel in the next book.

These Violent Delights follows an unfolding mystery driven by our main characters and their friends in the grungy 1920s of Shanghai. It is heavily influenced by the events discussed in history and the political unease that the people experienced during that time. The mystery is also driven by the main events of that time period. Author Chloe Gang does a graceful job of navigating the politics of Shanghai in the 1920s as well as confronting multiple social issues that we are still dealing with one-hundred years later. These Violent Delights is filled with diverse characters, an intriguing mystery, and an ending that will leave your jaw on the floor. The reader will do everything they can to solve the mystery alongside the characters, but just like them you will be turning in circles until the very end.

These Violent Delights will be released on November 17, 2020, and you can pre-order a copy now!