BOOK REVIEW: THIS IS HOW WE FLY by Anna Meriano 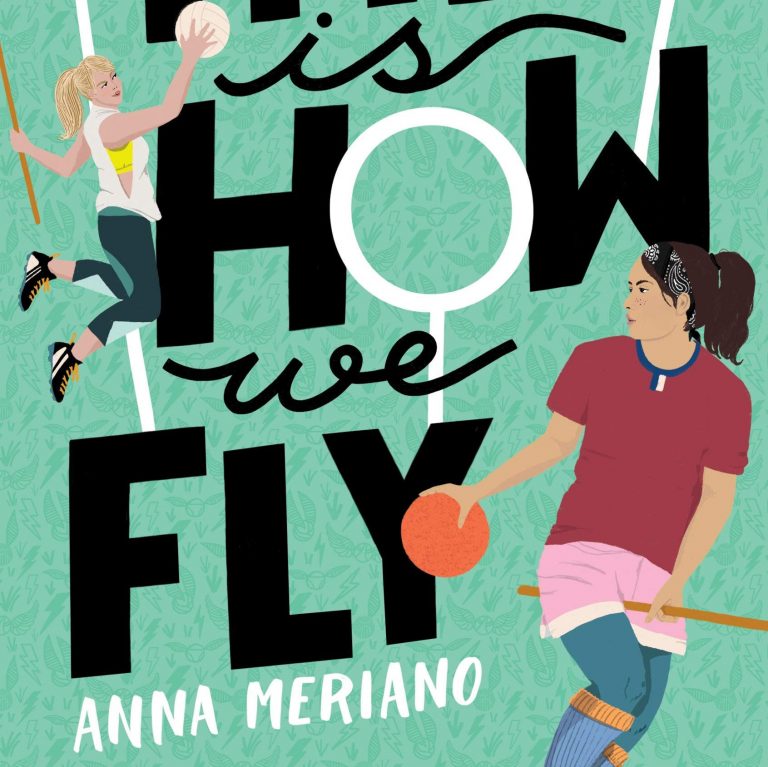 Anna Meriano scores multiple goals in This Is How We Fly, and even catches her own snitch while doing so.

Ellen somehow manages to get herself grounded through the whole summer. No friends, no phone, no going out.  The only thing that manages to give her some freedom, is Quidditch practice. A sport created for a series of fantasy books that in our world, doesn’t actually include flying. But with actually having to participate and work out, and having to deal with a family who doesn’t care for her, can Ellen actually survive the summer? Or will she crash into the ground before college even begins?

This Is How We Fly offered me a view into a world that was once my safe space. It’s no secret what’s happening in the literature world with JKR, the creator of Quidditch. And I think it’s important to note that I do not support her, no matter how big of a hero she was once to me, and neither does the author. The book in fact talks about her view points. And while it is fair for everyone to have their own opinion, we must all remember that some opinions are extremely hurtful especially coming from someone with a large audience. With that being said, it’s time for Quidditch!

In the beginning, I had a bit of a hard time trying to remember the large cast of characters that we’re introduced to. It’s not because the author does a bad job at it, because they were pretty self-explanatory, especially with their Quidditch positions. It’s just a personal problem that I need to work on. The main character, Ellen, obviously stands out as well as her best friends and family.

But there was one character that stood out to me more than Ellen. Her step-mother Ellen was truly the wicked step-mother, and made me dislike her more than any other character I’ve read in a long time. I know her intentions were good and she only wanted the best for her family, but the lady was truly out for blood. Not literally, but I’m sure if given the chance there would be some. Aside from her, I thought the entire cast of characters was great. Everyone had their flaws that made us dislike some more than others.

The story itself was one of my favorite parts. Ellen has to deal with her step-mother and what she feels like is her control over her own father. She has a summer left before she moves to college and she feels like she’s not being treated fairly. Through Quidditch she’s able to escape her family drama and find a new found love of sports. I’ve only ever seen Quidditch through videos but reading about it was a whole different experience. Even though Ellen finds drama within the Quidditch community, playing it was one of the best parts of the book.

It felt so action packed that I found myself wanting more Quidditch and even hoping that we could get a sequel with more Quidditch scenes. I thought it was very well done, and that the author did an amazing job at making sure the reader knew exactly what was going on and how it worked. Especially since it’s a complicated sport.

Aside from all that, I found Ellen’s story to be a true story about what it means to grow into an adult and leaving behind your younger years. We see the dangers that come with growing up as well as the good times that are promised. We see her interactions with wanting to fight for social justice and help her younger sister turn out into a good person. We see her want to feel the love from her father and friends. And we see her grow into a new person, one that believes anything is possible.

This Is How We Fly is in stores and wherever books are sold now! Order your copy using any of the links below.