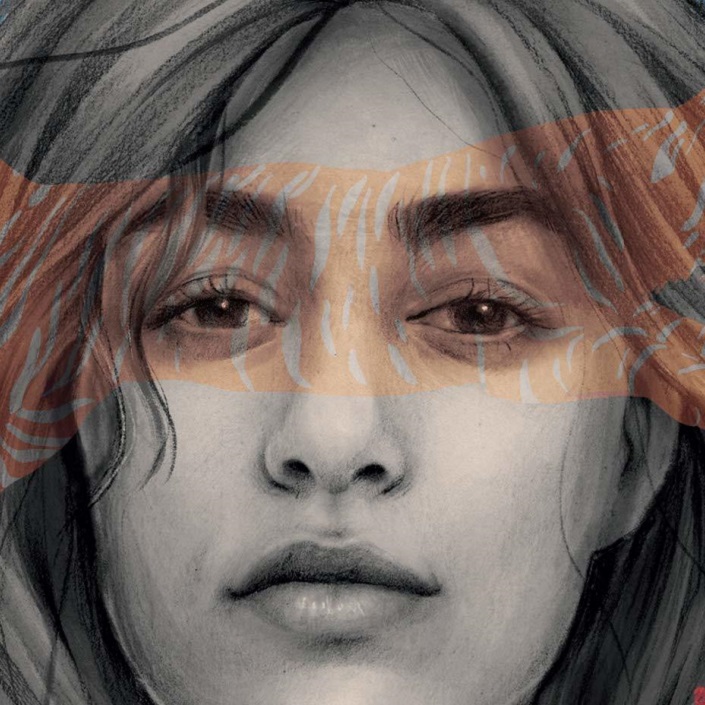 Sisterhood takes on a new fierceness in Samantha Mabry’s TIGERS, NOT DAUGHTERS!

The Torres sisters aren’t orphans, but they’ve been on their own for a long time. Their father Rafe is a weary, unreliable widower who desperately clings to “his girls” in theory while mistreating them in practice. It’s only gotten worse since the eldest sister, Ana, died in a tragic accident. But as their dream of escaping their life in San Antonio seems to shift and fade, the girls discover their inner strength alongside a sinister secret: Their sister Ana is not gone, in spirit, and she’s not afraid to wreak a little havoc.

The story is told from four perspectives. The first is the second-eldest sister, Jessica, who works to support the family alongside managing the household. Jessica worshipped Ana and has often tried to be her in the wake of her death, even when it has disastrous consequences, but nothing has quelled the anger and resentment inside her. The next in line is Iridian, who has developed a deep agoraphobia in the months since Ana’s death and takes refuge in reading and writing supernatural romance, but doesn’t take well to the realization that she’s trapped in the house with a spirit. Baby of the family Rosa seeks answers through religion and the strong belief that she connects to the world– and her oldest sister– through the spirits of animals. The fourth perspective is the only one outside the family and told in first person POV. It belongs to Peter Rojas, a neighborhood boy whose friend group obsessed over the Torres sisters from afar and witnessed many pivotal moments in their lives. Nowadays, Peter works with Jessica and is beginning to see the real side of the family beyond the neighborhood gossip and superstition.

Tigers, Not Daughters works hard to tell the story of young Latina women in a large Latinx community where there are specific rituals and expectations for them, despite the fact that they’re outliers in many ways. Each POV is distinct and justified, but I think I liked Rosa’s best thanks to its youthful curiosity and touch of brightness. That said, it’s actually Jessica who had the most interesting personal story.

For a tale with a supernatural twist, I was surprised by how REAL this book felt. It focuses heavily on the living and their emotion paths, even though part of that is looking back on the dead. Unfortunately, that’s in part because the supernatural element wasn’t used all too strongly. With the exception of one very notable instance, the ghost of Ana plays a relatively small part. She’s “haunting” the family, surely, but in small ways that freak them out without a lot of direction otherwise. I was expecting something a little more eerie and fantastical… and with more answers involved. What does Ana want from her sisters? Is she the only one with unknown power? The questions are super intriguing, but you’re left to assume the answers.

Though I felt the strong arc about strength and sisterhood throughout the book, I was really disappointed by the ending. I struggle with open-ended stories and this novel is extremely open-ended. There’s a hefty dose of hope, but it’s predicated on the idea that a major issue that eases up on the moment will be gone forever. I realize that’s vague, but I’m trying not to be a spoiler machine! I just wish there was something more safe and final, given the vulnerability these young women have faced for years. The final chapter is supposed to come off as a win, but it still felt like a loss.

Overall, Tigers, Not Daughters is a powerful story that offers up a deep range of storytelling skill and emotions for readers, but it’s not very focused on its own supernatural twist and it fails to stick the landing.

Tigers, Not Daughters is available now. Snag yourself a copy via Amazon, B&N, or Bookshop.org!

The Torres sisters dream of escape. Escape from their needy and despotic widowed father, and from their San Antonio neighborhood, full of old San Antonio families and all the traditions and expectations that go along with them. In the summer after her senior year of high school, Ana, the oldest sister, falls to her death from her bedroom window. A year later, her three younger sisters, Jessica, Iridian, and Rosa, are still consumed by grief and haunted by their sister’s memory. Their dream of leaving Southtown now seems out of reach. But then strange things start happening around the house: mysterious laughter, mysterious shadows, mysterious writing on the walls. The sisters begin to wonder if Ana really is haunting them, trying to send them a message—and what exactly she’s trying to say.