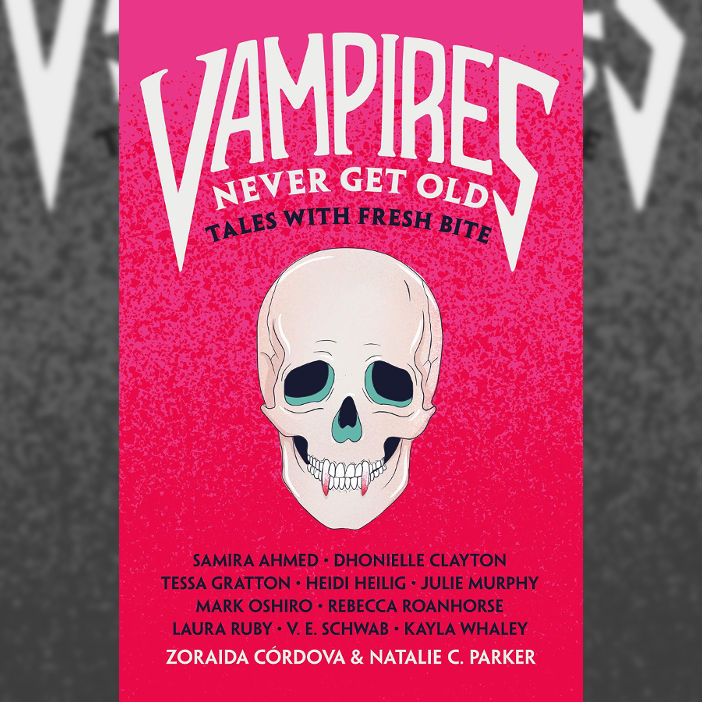 Vampires may seem to have lost their sparkle over the past couple of years, but this anthology of vampires will help you quench that thirst that’s been gnawing at you.

Vampires Never Get Old: Tales with Fresh Bite explores the myth of vampires from multiple outlooks, and does so with modern acuity. This anthology features 11 vampire stories with the majority focus on coming-of-age tales. The reader will get the opportunity to read through various character perspectives that confront themes such as bullying, gender, love, and the age-old question of how and where do I even fit into this world? The stories also move through many different genres. Some are written as mysteries, horror, adventure, and even comedy, but each one tells a unique tale about vampires, and how some struggle to be good, but most lean toward evil, and how the humans around them are trying to figure out which side they want to be on.

A majority of the stories flow easily, causing you to move through the book quickly. The authors do a swift job of building each of their worlds within the few pages that they have, but, in my opinion, some were more enjoyable and quirkier to read through than others. Though each author does take the time to tell a new and dynamic vampire story. With that said, the format of the book does become difficult at times for the reader to build connections with the characters. Some seem a little distant, and the focus tends to move more toward the moral of the story rather than the way the characters feel telling the story. However, since these are short stories, this impression tends not to hinder the readers opinion too much. It can almost be expected as most short stories are meant to be a quick in and out experiences, and with the plot still avidly involving vampires there is not much reason to dwell on it. It is also important to note that not all the stories are resolved. Most of them end with the reader asking more questions than getting answers. Each story is just a peek into these characters lives. They were going about their lives before we started reading, and they will continue to do that after we have left. Along with this, at the end of each tale there is a synopsis of each plot and the vampire myth that it touched on, and then each one ends with a rhetorical question to keep the reader thinking just a little longer about the truth behind each story.

Vampires Never Get Old tells the story of humans, vampires, hunters, and even bats, and gives the reader the vampire fix they feel like they’ve been missing. Each author has their own style; no single story mirrors the others. The stories flow together seamlessly, and make quick work of updating and modernizing the vampire myths that have been around for centuries. The format in which the stories are told allows the reader to pick up the book for 15-20 minutes, read a story, and then head to work or school or wherever you’re headed with one question lingering in your mind: “If I could, would I choose to be a vampire too?”

Vampires Never Get Old: Tales with Fresh Bite will be released on September 22, 2020.

Get your copy through any of the links below: