Book Review: WE HUNT THE FLAME by Hafsah Faizal 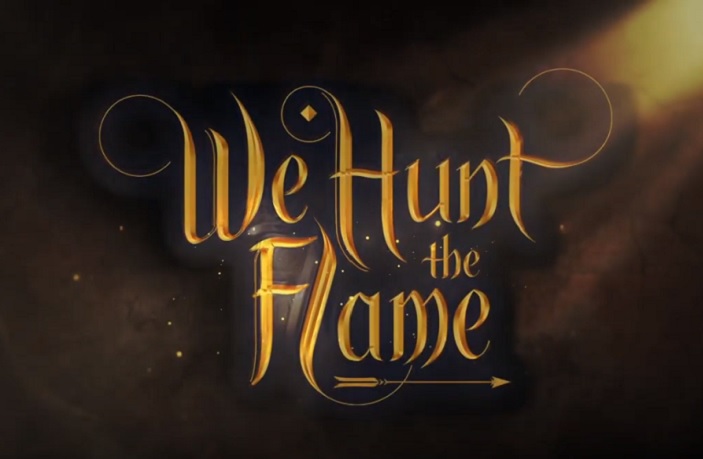 WE HUNT THE FLAME embarks on a mission through a dark, enchanting fantasy world that will keep you guessing!

Hafsah Faizal has long been a part of the YA book community, but now she’s proving to be a formidable storyteller in her own right thanks to her Arab-inspired debut fantasy novel, We Hunt The Flame!

Zafira and Nasir live in a world that was once filled with magic, but that power is now long gone. Now, Zafira serves her starving, winter-worn caliphate by hunting in the dark forest that’s slowly taking over the land and kills most people who enter. But she must pose as a man or else she’ll be stripped of her minimal freedoms and married off. Nasir is the crown prince of the nation, but he’s also its most deadly assassin. He serves the will of his father, the cruel sultan set on seizing total power. He’s killed countless people under his father’s orders, but he suspects there are darker forces behind his father’s choices.

When the ancient Silver Witch of Arawiya chooses Zafira for a mission to bring magic back, she’s reluctant to travel to the abandoned island of Sharr– but the Silver Witch isn’t really giving her a choice. When the Sultan gets word of this mission, he sends Nasir and his best general, Altair, to end “The Hunter” aka Zafira for good. But what they discover on Sharr is more than any of them bargain for.

We Hunt The Flame is nothing short of an epic fantasy. There’s lots of worldbuilding and mythology to soak in, giving Arawiya an unique sense of danger and excitement. My one qualm is how long it took to set that all up and get to the action. I feel the worldbuilding elements and character introductions could have been meshed in with the plot a little better. For the first 150 pages or so, there wasn’t much happening and honestly, I was a bit worried I wouldn’t be able to give this novel more than 3 stars. Thankfully, it really started to pick up from there and by the time I reached the end, I was already anticipating Book 2. Could the story have been condensed? Sure, but the longer version works out.

Zafira and Nasir are both worthy main characters. She’s a young woman who knows she’s worth so much more than the world is giving her credit for and over the course of the story, you see her grow more comfortable in her own power. He’s there for all you folks who love an efficient, brooding, dangerous type who secretly has a good heart. However, there are also some secondary characters that deserve major props, like Nasir’s companion Altair, who’s quirky, hilarious, and much smarter than he looks. Altair and Nasir sort of hate each other, but they also have each others’ backs. I also enjoyed their unexpected companions Benyamin and Kifah, as well as Zafira’s best friend Yasmine.

I don’t want to give away too much about the plot, but readers who like twists and turns will find them within. Some you may guess, but others you probably won’t. Everyone seems to have a secret! The villain reveal was deliciously dark and quite pleasing, and there’s an inkling of a cliffhanger that definitely builds up hype. Overall, this isn’t a perfect debut, but it’s a strong one and I can’t wait to see what’s next for the characters!

We Hunt The Flame (Sands of Arawiya #1) hits shelves on May 14, 2019. You can preorder it now via Amazon or support your local independent bookstore via Indiebound!

People lived because she killed.
People died because he lived.

Zafira is the Hunter, disguising herself as a man when she braves the cursed forest of the Arz to feed her people. Nasir is the Prince of Death, assassinating those foolish enough to defy his autocratic father, the king. If Zafira was exposed as a girl, all of her achievements would be rejected; if Nasir displayed his compassion, his father would punish him in the most brutal of ways.

Both are legends in the kingdom of Arawiya—but neither wants to be.

War is brewing, and the Arz sweeps closer with each passing day, engulfing the land in shadow. When Zafira embarks on a quest to uncover a lost artifact that can restore magic to her suffering world and stop the Arz, Nasir is sent by the king on a similar mission: retrieve the artifact and kill the Hunter. But an ancient evil stirs as their journey unfolds—and the prize they seek may pose a threat greater than either can imagine.

Set in a richly detailed world inspired by ancient Arabia, We Hunt the Flame is a gripping debut of discovery, conquering fear, and taking identity into your own hands.