Book Review: WHAT I LIKE ABOUT ME by Jenna Guillaume 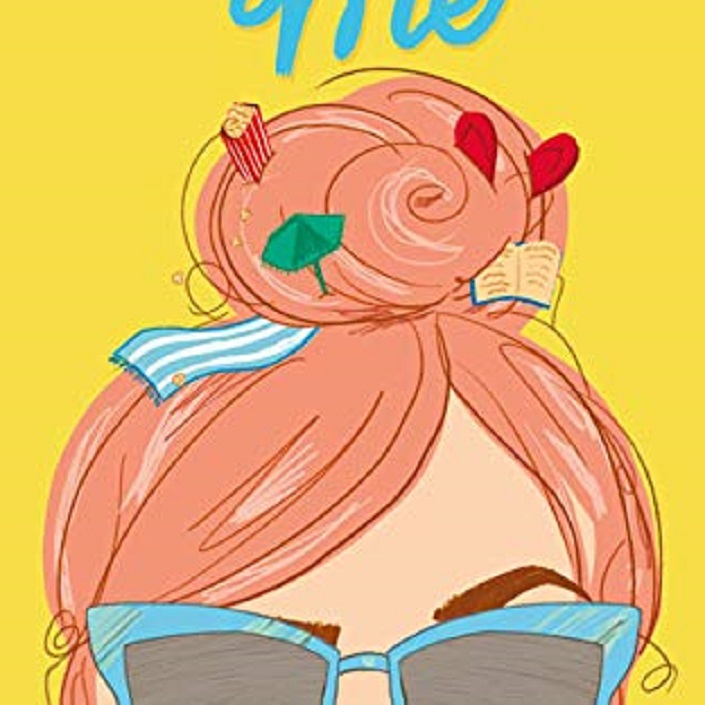 What I Like About Me by Jenna Guillaume delivers a quick read that strikes a spark about self-image, but unfortunately doesn’t produce flame.

Maisie Martin is spending her summer vacation just like every other year; at a camping ground with her family and friends. But this year, things seem to be a bit different. Her dad is MIA, her typically distant sister is back with a few surprises, and her best friend tags along. Things seem like they’ll be alright, but of course, her best friend starts dating the guy she’s always loved. In the middle of everything, Maisie is forced to keep a daily journal during her summer vacation.

I’m not going to lie, the format of the novel threw me off. Each chapter is a daily journal entry that Maisie writes at the end of the day. Some were short with good reasoning, and some were of good length for a journal entry. But most of the time we got hit with pages and pages of detailed conversations that took about the realistic aspect of a daily journal entry. I just couldn’t picture someone remembering so many details of events for it to fully capture me.

That’s where the narrative and characters come in. When I first started the book, I thought the main character to be around thirteen or fourteen instead of sixteen. Her voice seemed a bit childish and immature, but as the book progressed, I think her voice improved and matured a bit. This is especially true when she started speaking about her weight, family, and friends. We see everything happening from her perspective, which could also be frustrating because Maisie didn’t catch obvious signs that were right in front of her about certain situations and seemed to make things worse instead.

The cast of supporting characters seemed to be a hit or miss type of situation. It felt like a lot of them had no depth to them aside from being people who were just there, and at times I wanted to scream at them for both good and bad reasons. It almost seemed like Guillaume would get a character to a point where something great could happen and then hold back and not give it to us. For example, Beamer, who happens to be someone Maisie doesn’t exactly like but puts up with. His character had so much story behind him that we catch a quick glimpse and then it gets taken away.

But then we get characters like Leila, who I wanted to cherish and would almost have rather read a book about her and her friends instead. She was part of the reason that the narrative’s voice matured and became a bit more grounded. She helped spice the story up as well with her bubbly personality and interesting dreams. To be honest, she kind of saved this book for me and helped me enjoy it much more than I normally would.

There were some plot points that I thought seemed a bit random and didn’t exactly fit into a perfect puzzle. From her relationship with her best friend and her sister, to the relationship of her parents, to a random beauty pageant she decides to join– there were many things that should have been made bigger and not just breezed upon. Whenever we got a reveal about a plot point, the impact wasn’t nearly as big as it would have been if there was more into it.

But the main thing I have to talk about is the weight issue. A lot of us have dealt with it, whether the doctors tell us that we’re considered overweight or we look in the mirror and hate the bodies we’re in. Weight was an important part of the novel that was touched on by the basics only. I honestly expected to see how she struggled with her weight but in the end it turned out to be the way she views herself. And let’s just say she gets pretty mean with herself at times. We’re given a glimpse to her weight concerns without fully diving into it.

I honestly expected something a bit more from What I Like About Me. It had a lot of potential to be a fire instead of a spark in today’s conversation about weight. And while there are lessons that everyone should learn in this book, from body image to getting rid of toxic relationships, I think it could have been dealt with a bit better.

What I Like About Me by Jenna Guillaume will be released in the US on April 1, 2020. You can preorder it now via Amazon, B&N, and Indiebound.

The last thing sixteen-year-old Maisie Martin thought she’d be doing over vacation is entering a beauty pageant. Not when she’s spent most of her life hiding her body from everyone. Not when her Dad is AWOL and her gorgeous older sister has returned to rock Maisie’s already shaky confidence. And especially not when her best friend starts flirting with the boy she’s always loved. But Maisie’s got something to prove.