Book Review: WHEN WE WERE MAGIC by Sarah Gailey 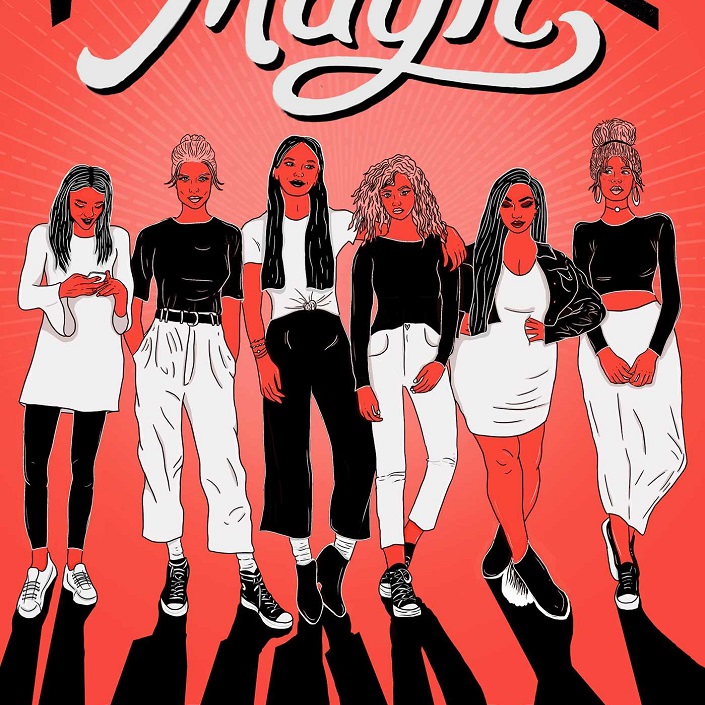 Alexis has everything she could possibly want in life. She has her amazing group of friends. College is right around the corner as she counts her days to graduation day. She has magic that can help make her life easier and can even kill a boy accidentally. Wait… that was never part of the plan! When her magic goes awry, Alexis and her friends realize that they might not have that much control over their magic (and their lives) as they once thought. Together, they attempt to right their actions and try to make life go back to how it was.

When We Were Magic by Sarah Gailey was the first book I read in this new year, and it started with a bang! You’re automatically hit with a powerful sentence that gives you no other choice but to continue reading. It makes a statement, makes you ask questions, and has you demanding answers before you can even finish the paragraph. Which only goes to show what raw talent goes into writing. They know exactly what they’re doing. The author brings you into the middle of the action from the very start and has you feeling as if you’re actually in the book.

At the very beginning, it was a bit hard to remember who was who out of the big cast, which showcased the urgency in the situation involving the dead boy, but the author quickly fixes that by providing natural one on one conversations between Alexis and her best friends in the following chapters. At times I felt as if I had stumbled upon this group of friends by accident and knew nothing of them until they let me in little by little until the end, where I felt like I knew them my whole life. We got to learn about each of their personalities and who they really were as well as their different styles of magic they possessed.

The cast of characters was full of diversity. From race, to sexuality, to lifestyles and identities, it felt like everyone was there but in a natural way. It didn’t feel as if the author forced these friends together simply for being different, but that they naturally found their way to each other because they were different. It felt refreshing to read about friends who were able to tell each other off and not sugar coat anything, yet they still love each other and respect each other. It showed the lengths these friends went to help each other in dire situations.

The magic was also really cool to see in action. We got to learn how each of them favored a different side of the magic, whether it be learning about new spells or dealing with nature. The novel sometimes hits us with huge instances of the magic, but at other times sprinkles in tiny bits of it that add depth. The only thing was that it almost felt like there was no system nor limit to their magic. It felt as if anything could happen and that anything would happen. It also left me with questions: Where did this magic come from? How did they each discover it? But maybe that’s just me being nosey.

Being my first f/f romance, I was expecting to see sparks flying before the flame. While sparks did fly, I was expecting it to be a bit more. Don’t get me wrong, I was super happy for the couple, but I just thought the journey there would’ve been a bit more full of fireworks. For that reason I took this more as a book about friendship that had a side of romance. I was drawn to the interactions between the members of the group and found myself wanting to know more about each of them individually.

While the book isn’t full of action, it does give you questions that fill you with need to find the answers to and it gives you so much more than a story. It teaches you about the innocence of teenagers. How teenagers (and many other YA characters) think that something is going to work simply because they said so. But unlike many other YA novels, this cast of characters have to face the reality of their actions, ultimately coming to the realization that their actions have consequences that impact everyone’s lives, including the ones around them. Once I learned my lessons and finished the book, I found myself thinking that this would’ve made a perfect sequel in a series. I wanted to know more of the “before” as well as the magic but honestly, I’d be happy with this standalone as the start of a series, too.

When We Were Magic by Sarah Gailey hits shelves on March 3rd. It’s available for preorder now via…

Keeping your magic a secret is hard. Being in love with your best friend is harder.

Alexis has always been able to rely on two things: her best friends, and the magic powers they all share. Their secret is what brought them together, and their love for each other is unshakeable—even when that love is complicated. Complicated by problems like jealousy, or insecurity, or lust. Or love.

That unshakeable, complicated love is one of the only things that doesn’t change on prom night.

When accidental magic goes sideways and a boy winds up dead, Alexis and her friends come together to try to right a terrible wrong. Their first attempt fails—and their second attempt fails even harder. Left with the remains of their failed spells and more consequences than anyone could have predicted, each of them must find a way to live with their part of the story.