Book Review: WHERE SHE FELL by Kaitlin Ward 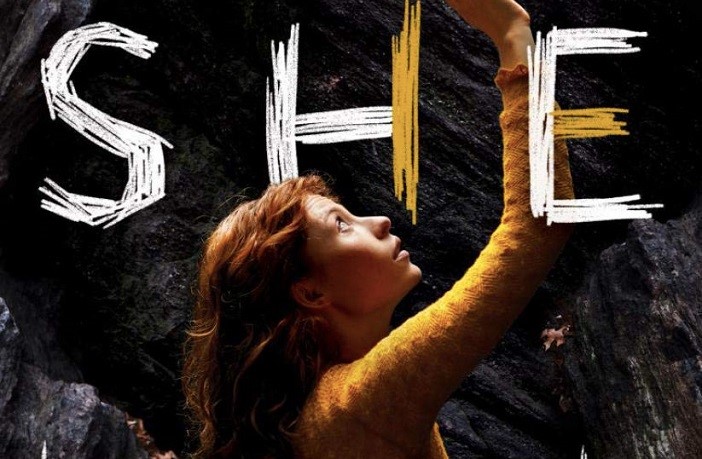 A dangerous combination of peer pressure and a bad decision paved the way to WHERE SHE FELL.

Eliza is used to being overshadowed. She’s the middle child. Her two closest friends are closer to one another than they are to her. Eliza’s an introvert who would be just fine hanging out in her room, reading about her favorite subject in the world: geology. But with her confident sisters and enthusiastic friends to compete with, Eliza still makes an effort to go out and have fun. She doesn’t want to be completely alone.

Less-than-enthusiastically, Eliza makes a plan with her friends Meg and Shelli to explore a cave. Finally, something that Eliza wants to do with her often-unreliable friends. But Eliza’s interests get sidetracked for some silly dare the other girls are on a mission to complete. Meg and Shelli want to explore what the town refers to as “Drowners Swamp.” Eliza knows better; she’s heard the horror stories of people going to check the place out and never returning home. Eliza reluctantly agrees to make a stop at the swamp before they head to the cave. Heck, she even decides to enter the place first, after her friends encourage her to do so. She’s not thrilled about their suggestion, but she wants to appease them.

What Eliza’s gut tells her is a bad decision turns out worse than she could’ve imagined. One of the many sinkholes in the area gives way under her feet, and after a quick struggle against the soppy earth (and her friends looking on in horror), Eliza begins to fall deeper and deeper underground.

I’ll just go ahead and say it: Where She Fell is one of the most intriguing, well-paced novels I have read in a long time. The characters are all complex and three-dimensional, as well. No matter whom I was reading about, I was interested. Most books I read either do well in plot and let the characters fall behind or vice-versa. For Ward’s story to uphold both large components for nearly 300 pages? I am very impressed.

Furthering my kudos on Ward’s writing abilities, there was a light humor throughout Where She Fell that really kept me entertained. Ward is also a master at writing cliffhangers and opening lines in her chapters. Her words are urgent and inviting. The novel includes some spectacular imagery, as well. For the story essentially being centered around a girl stuck in a dim hole, Ward is able to give the reader an invigorating sensory experience about what such a confined area looks like.

On a personal note, I have a lot of sympathy for Eliza. I know what it’s like to have friends who you’re only friends with because it’s convenient and maybe having them is better than having no one. But even in those friendships, you know, deep down, that something is off. I’m also familiar with the self-loathing that comes with social awkwardness and anxieties. Truly, I think there are multiple elements to Eliza that make her a relatable character for most readers.

Where She Fell is already on shelves. You can grab a copy via Amazon or Indiebound. 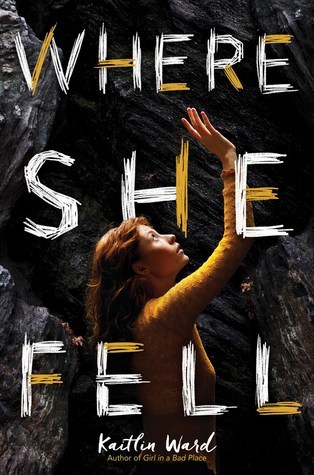 Eliza knows the legends about the swamp near her house—that people have fallen into sinkholes, never to be seen again, maybe even falling to the center of the earth. As an aspiring geologist, she knows the last part is impossible. But when her best friends drag her onto the uneven ground anyway, Eliza knows to be worried.

And when the earth opens under her feet, there isn’t even time to say I told you so.

As she scrambles through one cave, which leads to another, and another, Eliza finds herself in an impossible world—where a small group of people survive underground, running from vicious creatures, eating giant bugs, and creating their own subterranean society. Eliza is grateful to be alive, but this isn’t home. Is she willing to risk everything to get back to the surface?